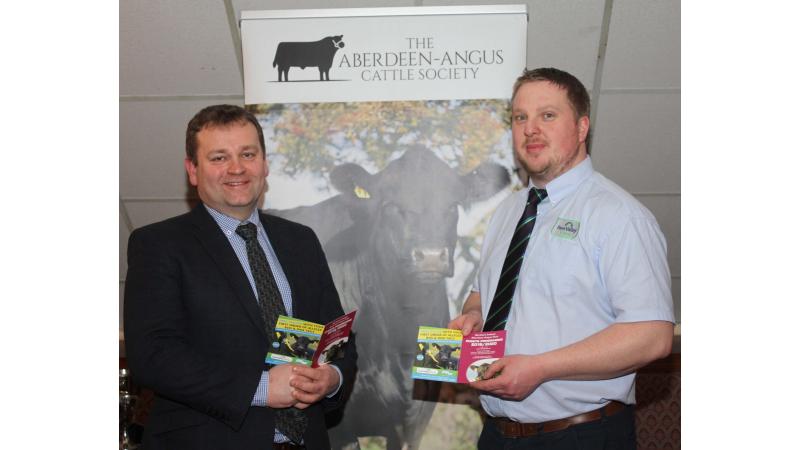 The Northern Ireland Aberdeen-Angus Club has unveiled its events programme for 2019/20.

The Events Programme was launched at the club’s AGM in Dungannon. Club chairman Alan Morrison said: ”I’d like to thank Fane Valley Stores for its continued sponsorship of our events programme. We are about to embark on another busy year, and I would urge members to come along and enjoy the forthcoming programme of events.” Alan can be seen in the image above with Ben Sinnamon of Fane Valley Stores.