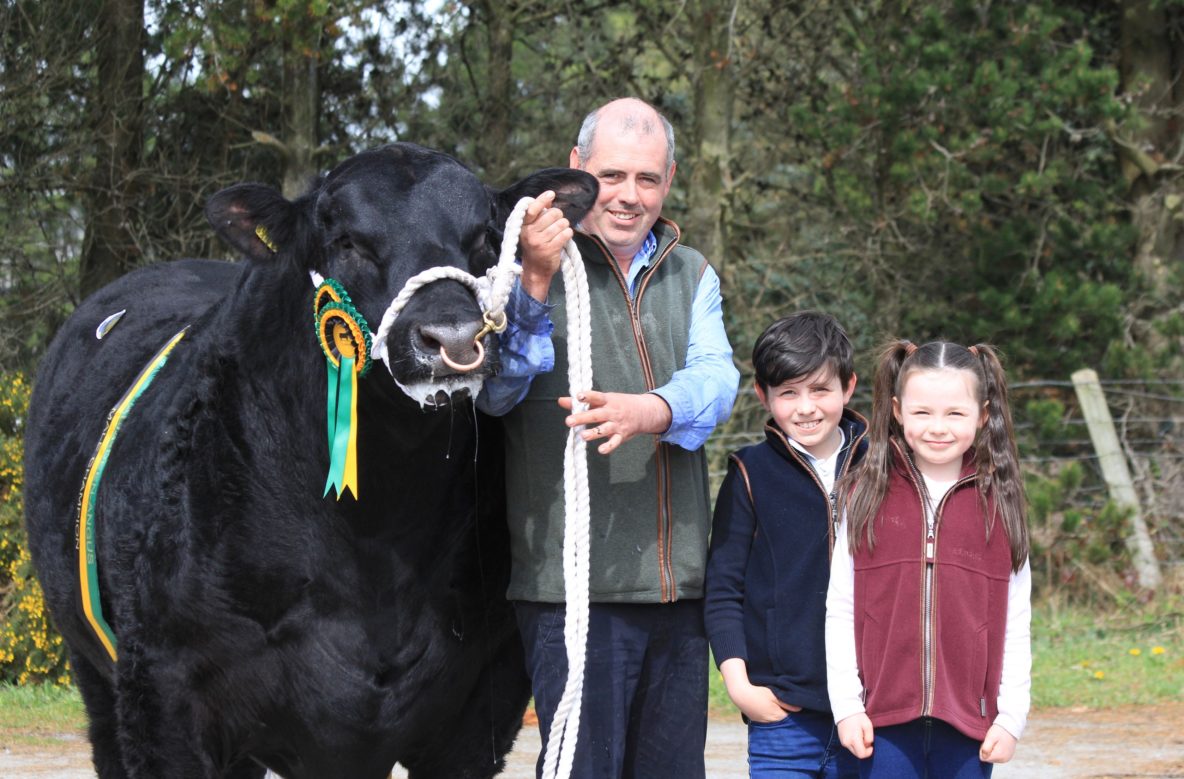 Commercial suckler producers and dairy farmers were out in force to secure stock bulls at the native breeds show and sale, held at Dungannon Farmers’ Mart.

There was a steady demand with Aberdeen Angus bulls reaching heights of 5,100gns and 5,000gns. Following a complete clearance auctioneer Trevor Wylie confirmed that 11 bulls came under the hammer to average £3,847 each – an increase of £400 on last year’s sale.

His dam is the Rawburn Lord Ross C216 daughter, Rawburn Joyful Erica H772, one of the herd’s foundation females and still going strong at fourteen-years of age. The male champion attracted numerous admirers and bidders, and was sold to Messrs DJ and JS Hatrick from Londonderry.

Judge Ben Sinnamon, whose family runs the Aughafad pedigree Aberdeen Angus and Charolais herds alongside a 60-cow commercial suckler enterprise said: “There was a good show of bulls, and the top end in each class were deserving winners. The champion really caught my eye. He has size, width and power and was a clear winner on the day.” 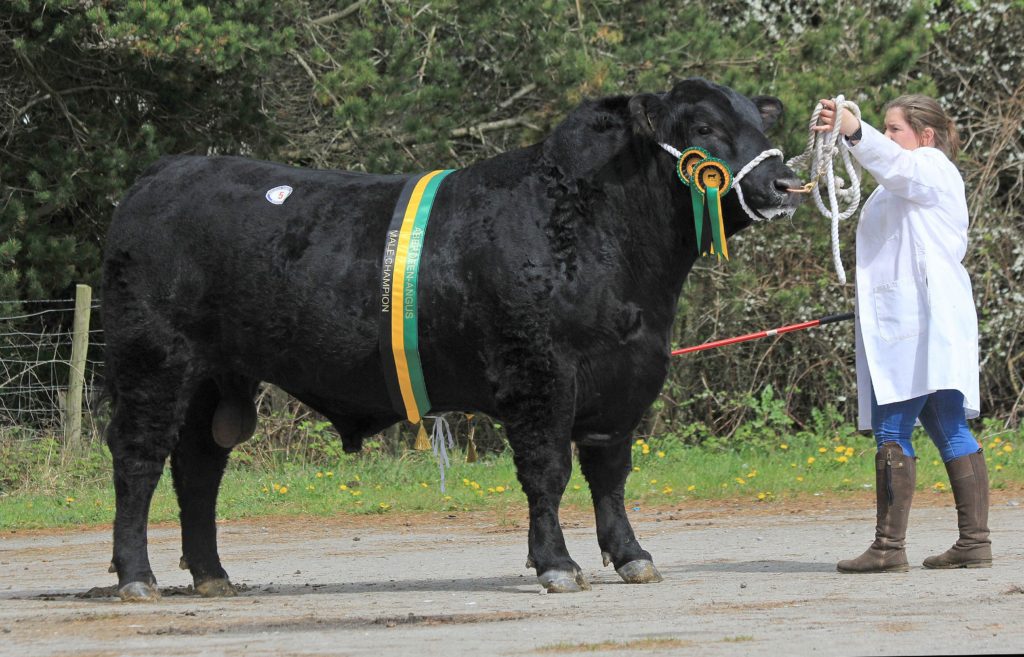 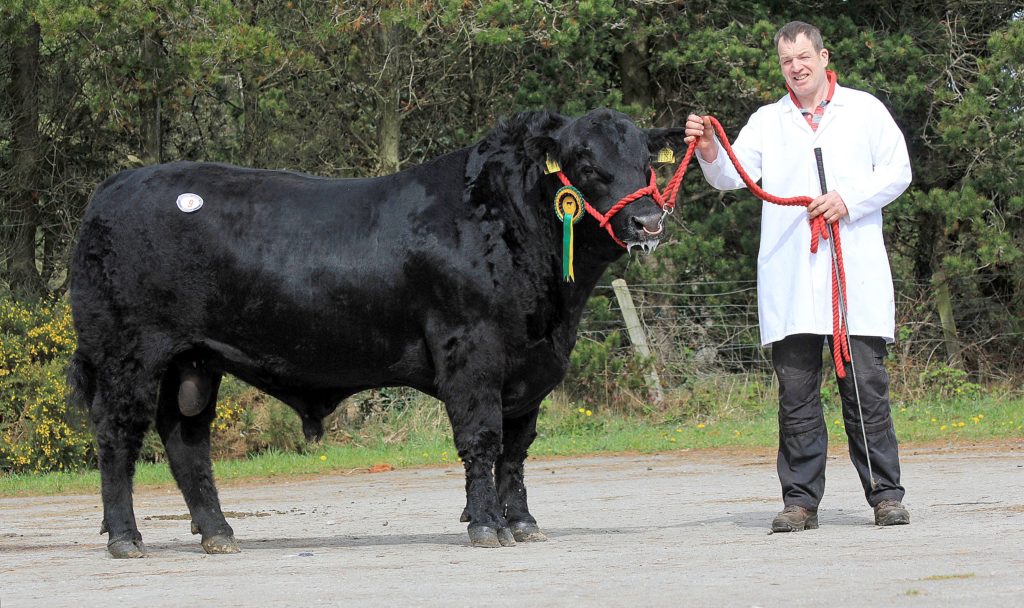 Jonathan and Lisa Doyle also secured a bid of 5,000gns for the third placed Drumhill Quintin W026 TSI+44 SRI+54. Another by the home-bred Drumhill Lord Hatfield R532 ET, he was born in June 2020 is bred from Nightingale Queen Lois N699 – one of 50 cows in the herd. Buyer was Gary Young from Castlederg. 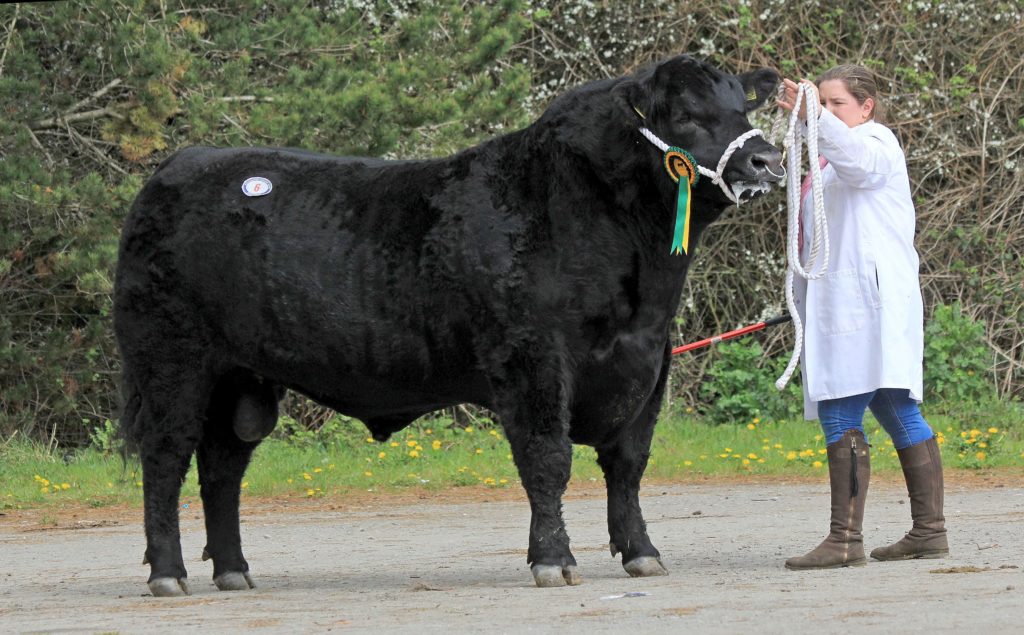 Four sons of Drumhill Lord Hatfield R532 ET averaged £4,804 at the Dungannon sale. Jonathan Doyle explained: “Lord Hatfield is a proven and consistent breeder. He was bought at Stirling in 2016 by Kevin McOscar as a stock bull for his Island Farm herd.  I really liked his progeny and ended up buying the bull back.”

Kevin McOscar sold the fourth placed Island Farm Mattie W725 TSI+40 SRI+55 for 3,800gns. Born in April 2020, he was bred from the Abberton Eminem M285 daughter, Goulding Missie S810. This one was snapped up by Bill Henry from Cookstown.

The February 2021 Home Farm Lord Harley X592 sold at 3,900gns for Fintan Keown from Belleek. Sired by Intelagri Matteo, his dam is the Relaghan Noel daughter, Home Farm Lady Helena U286 – one of 10 pedigree and 25 commercial cows at the County Fermanagh-based farm. This second prize bull was a heifer’s calf and sold to dairy farmer James Arthur from Templepatrick. 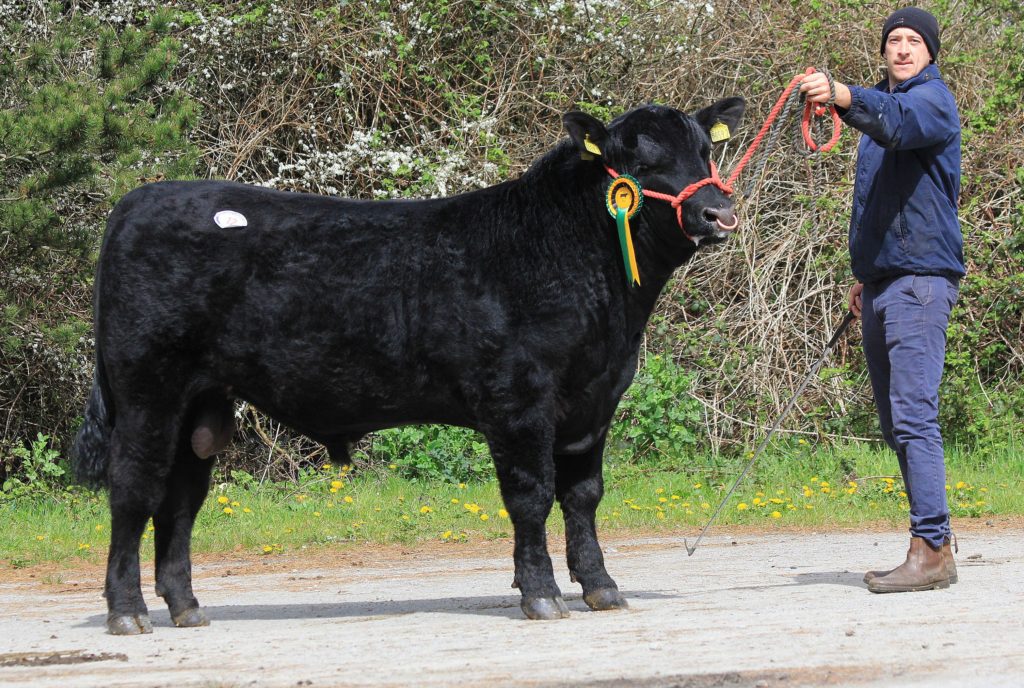 The Matchett family’s noted Birches prefix sold three bulls at Dungannon to average £3,115 each. Leading their line-up at 3,500gns was the first bull into the salering, Birches Lord Jackpot W163 TSI+25 SRI+30. Born in April 2020 he is by the herd’s former stock bull, Carrigroe Fred, and is out of the Bunlahy Philip K248 daughter, Birches Lady Jenny N317. Buyer was dairy herd owner Robert Anderson from Dungannon.

The female champion was the yearling heifer Minran Missie X267 bred by Gordon and Rachel Elliott from Derrygonnelly. Sired by Rawburn Black Bush S420, she is bred from Goulding P Missie 902, and sold for 1,200gns to T Trouton from Dungannon. 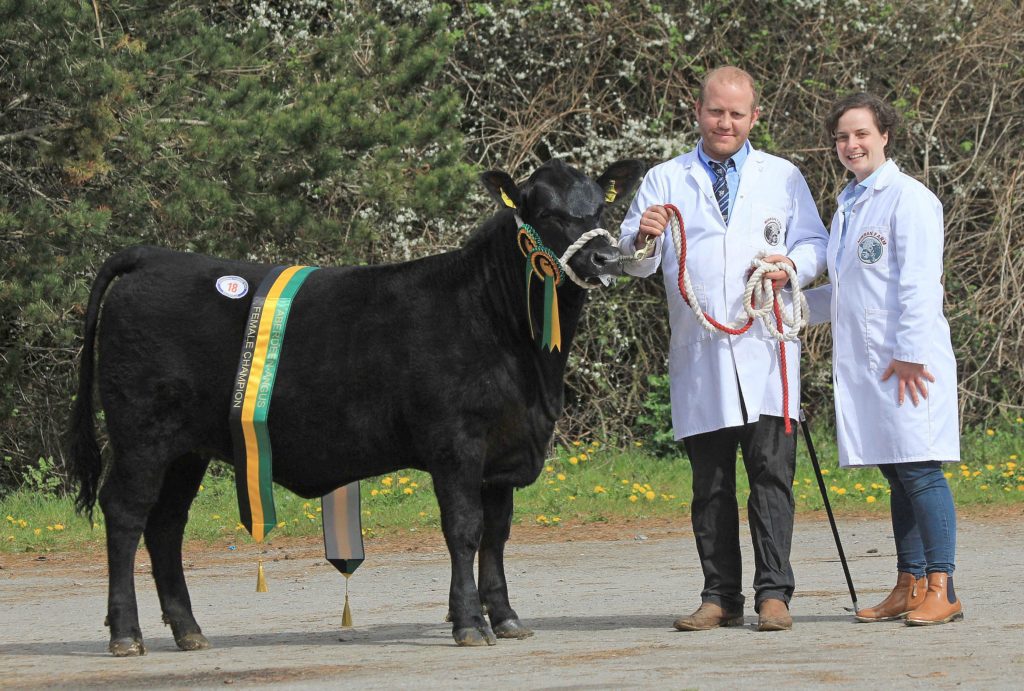 Frank Moore, Newtownabbey, sold the four-year-old cow Crieve Bronagh’s Bonnie U685 for 3,000gns. This second calver was sired by Carlhurlie Forthex S129, and is out of a home-bred dam by Old Glenort Evolution L295. Included in the price was her February-born bull calf by Crieve Desperate Dan V711. Buyer was S Moore from Derrynoose, County Armagh. 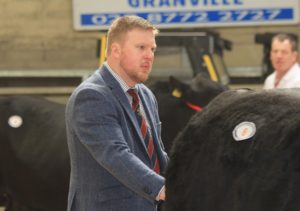 Enjoying the craic at the Native Breeds show and sale, held at Dungannon Farmers’ Mart. 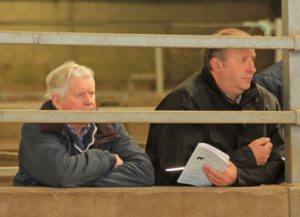 Keeping an eye on the Aberdeen Angus judging at the native breeds show and sale, held at Dungannon.