Champions of The Decade 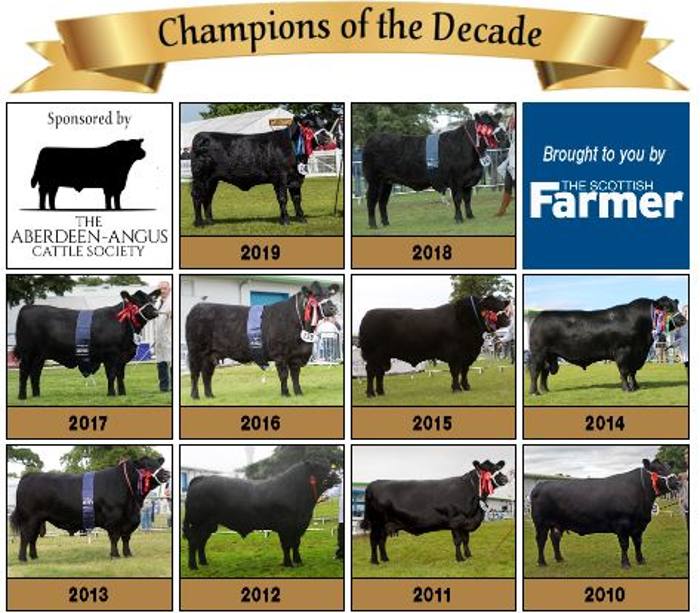 Champions of The Decade – The Scottish Farmer

In the run up to when the Highland would have been taking place, the Scottish Farmer will be showcasing some of the best-known breeds from the catalogue in their on-line poll for a Champion of the Decade. The way it works is, the SF will publish the past 10 champions from a selection of breeds and you, the readers of The SF will get to pick their champion of the decade for each breed. It’s a ‘game’ the whole family can play, as long as you each have separate e-mail addresses. All the SF have provided you with is the year the animal won, to keep favouritism down to a minimum – you’re picking the beast, remember!

You only vote for one animal each and at the end of it, the SF will tally the votes up to produce a top three after which a specially selected judge will place them 1, 2, and 3. Each breed’s voting page will stay open for two weeks.

After each breeds has been judged, they will then move on to the inter-breeds where, again, specially chosen judges will make the difficult choice of picking an overall winner of the beef, dairy, sheep and heavy horse sections.

It’s not the real thing, we know … but it should spark some kitchen table discussions, so get voting! The SF, can only accept on-line voting because of the Covid-19 restrictions.