Prices soared to a top of 4,500gns at the Aberdeen Angus Cattle Society’s February show and sale, hosted by Dungannon Farmers’ Mart.

Following a 78% clearance auctioneer Stephen Redmond confirmed that 14 lots were traded to level at £3,045 each.  “Quality bulls with breed character, growth and good conformation were in demand.”

Topping trade was the day’s supreme champion Dartrey Viscount Cid T655 TSI+25 and SRI+31 bred by Hylda Mills and Brian Johnston from Scarva. This twenty-three-month-old entry was sired by the herd’s former stock bull Prospect Lord Jake M412, and is out of the Logie Lustre F473 daughter Dartrey Very Cool  N112 – the 2018 Reserve Ulster Champion, and one of 27 breeding females in the herd.

He caught the eye of County Offaly judge Michael Molloy to secure the Dartrey Herd’s first ever supreme championship at a society show and sale.  This bull was reserve breed champion at Castlewellan Show last year.

After spirited bidding he was knocked down to John Henderson who was buying on behalf of Larry Mathers from Bready, Strabane.

Next best at 3,800gns was the reserve champion Kiltariff Lord Tadhg T015 TSI+42 SRI+53 consigned by Kenneth Bready, and son Steven, from Rathfriland. Born in July 2017, he is by Weeton Black Jack P419 – an ET son of the American outcross sire Stdgen CC & 7. His dam is Kiltariff Lady Tamara P713 – one of 10 cows in the herd. In the breed’s top 10% for eye muscle area +5.7, this one sold to Stephen Rea from Downpatrick. 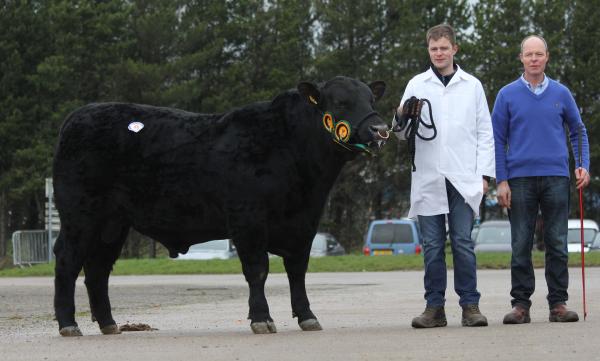 The first prize winning Drumhill Jupiter Eric T427 TSI+34 SRI+41 came under the hammer at 3,500gns for Jonathan and Lisa Doyle from Cookstown. Born in June 2017, he is by Hallington Jack Eric N398, and is out of Rawburn Joyful Erica H772. Ranked in the breed’s top 10% for milk +17, he sold to James Thompson from Culmore, Co Londonderry. 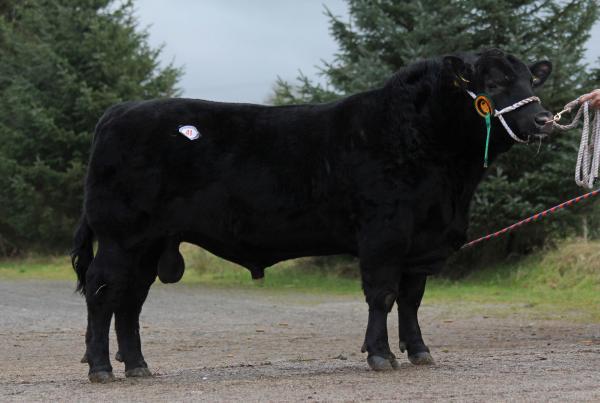 Two lots came under the hammer at 3,000gns each.

Other images from  the sale are shown below: 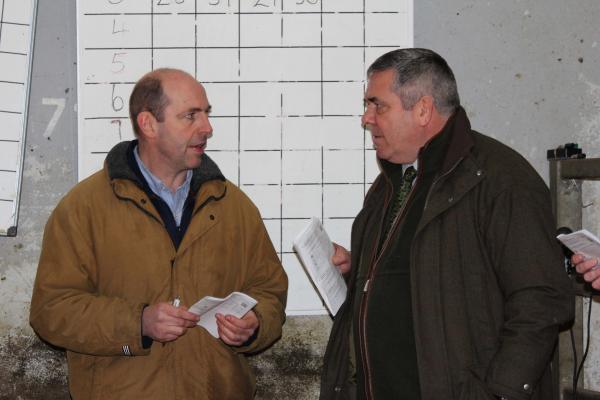 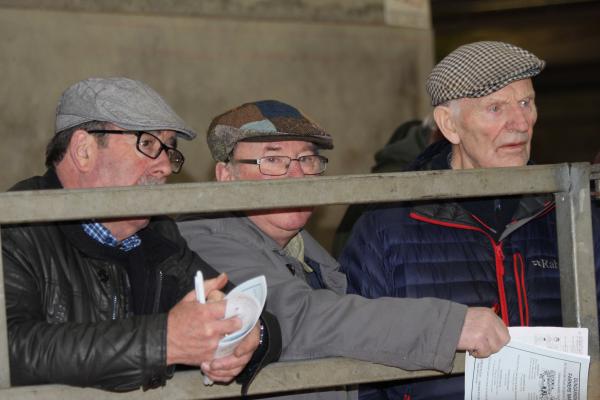