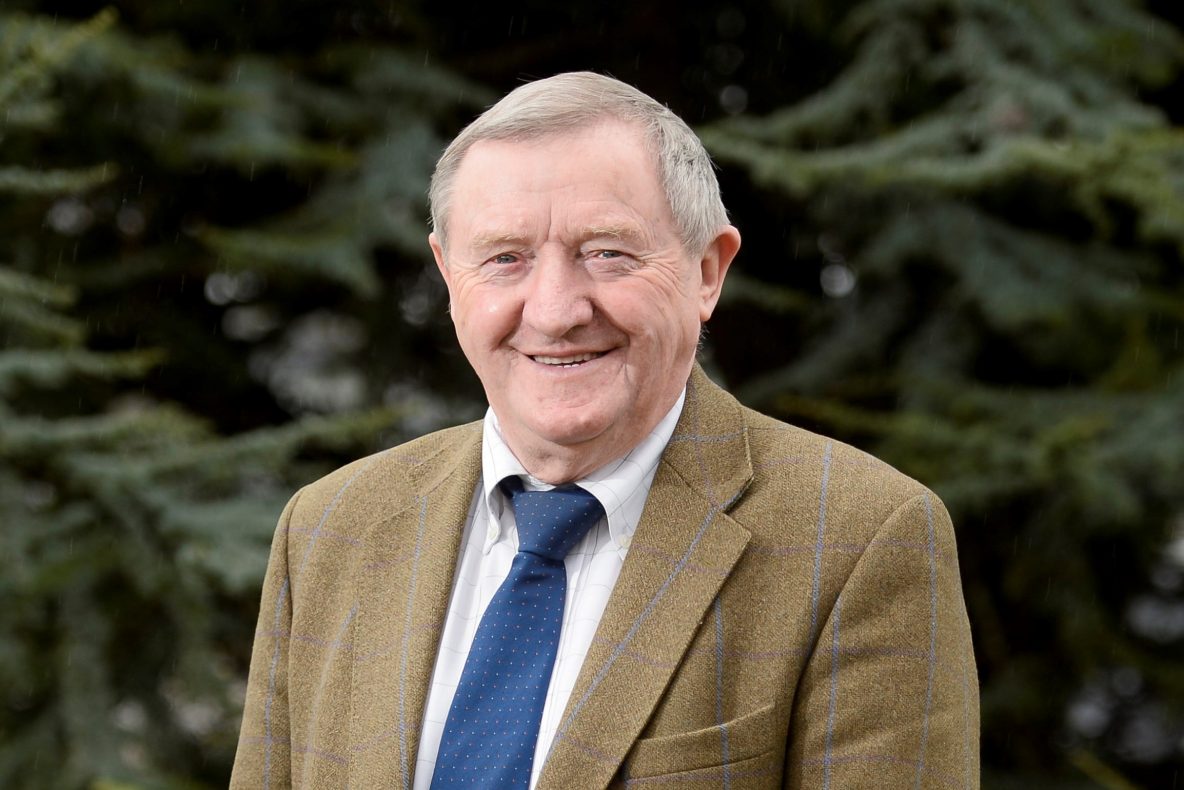 Leading Livestock Showcase marks legacy of one of the UK’s most noted Auctioneers, David Thomlinson, who spent his lifetime’s career working for Harrison & Hetherington.

In recognition of one of the livestock industry’s most noted figures, this year’s Borderway Agri-Expo will introduce its leading winter livestock event with the David Thomlinson Lifetime Achievement Award. This a brand-new accolade, intended to become an annual presentation is being established to recognise commitment, success and accomplishment within livestock farming industry.

The aim of this prestigious award is to recognise a person within the livestock industry judged to be, just like David Thomlinson himself, a passionate livestock farmer and an exemplary role model within the industry.

The nominations will be judged by Sheila Thomlinson, David’s wife, and a panel of specially chosen industry representatives. The annual prize will be given to the nominee judged to have the perfect combination of ability, sportsmanship, integrity and character, in memory of the lifelong contribution made by David, who worked for Harrison and Hetherington his entire career.

Since his untimely death in 2019, David is remembered for his outstanding dedication to the livestock industry and auctioneering across the world. He was born and brought up in Cumbria and after leaving school began working for Harrison & Hetherington as an office boy, where he rose through the ranks to Managing Director.  Along with Sheila, David also farmed their 200 acre farm, where they started their pedigree herd of Limousin cattle, the Beeches herd, in 1978.

There were many highlights in David’s work and career as an auctioneer. The first was the sale of a Texel Shearling ram, Loosebeare Imp, in 2003 which sold for 120,000gns.  Another was the sale of the prize winning Limousin bull, Haltcliffe Vermont, which sold for a then world Limousin record price of 100,000gns in 2006, and at that time the highest priced breed bull ever sold.

Following his sad and untimely death as a consequence of a tragic accident on his farm, Sheila has decided to present this award in his memory and on announcing the details, Sheila said:

“Throughout his entire life David maintained his passion for farming and livestock and he was always keen to assist others.  As a person he really wanted to make a difference, and this is something he tried to achieve throughout his entire life. Through this award we would like to recognise someone who has the same approach and similar qualities, and someone who has in their own way made a difference within the livestock farming industry.  I know that this is something which David would be very proud of.”

Heather Pritchard, Pedigree Sales & Marketing Manager for Harrison & Hetherington, who knew and worked with David for many, many years adds: “David’s legacy remains very strong, and we are absolutely delighted this will continue through the David Thomlinson Lifetime Achievement Award. David is remembered across the livestock industry, not just for his amazing knowledge and expertise as an Auctioneer, and as breeder of exceptional quality Limousin cattle, but also for his character, his enthusiasm for the industry as a whole, and his mentoring and encouragement he gave to the next generation. He was always there to offer help and support.

“David supported communities, pushed for change, and contributed to the positive promotion of the agricultural industry as a whole. His hard work will live on through the next generation for many years to come.”

Nominations for the inaugural prize close on the Wednesday 29th September and will be judged by a panel of leading figures involved in the livestock industry. The winner will be announced and presented with their award by David’s wife Sheila at the Borderway Agri-Expo on Friday 29th October.

Anyone wishing to make a nomination should send a brief resumé on the nominee by the date given to: The David Thomlinson Award, c/o Heather Pritchard, Harrison & Hetherington Ltd., Borderway Mart, Rosehill, Carlisle CA1 2RS, or by email to heatherp@borderway.com, with the name of the award in the subject line.

The 2021 Borderway Agri-Expo will be held at the Borderway Exhibition Centre in Carlisle on Friday 29thOctober. The showcase for the UK livestock industry includes Champion Cattle and Sheep Classes, Breed Society stands and events, Science and Industry stands, and a trade exhibition. Full details on the event can be found on the Borderway Agri Expo website www.borderwayagriexpo.uk