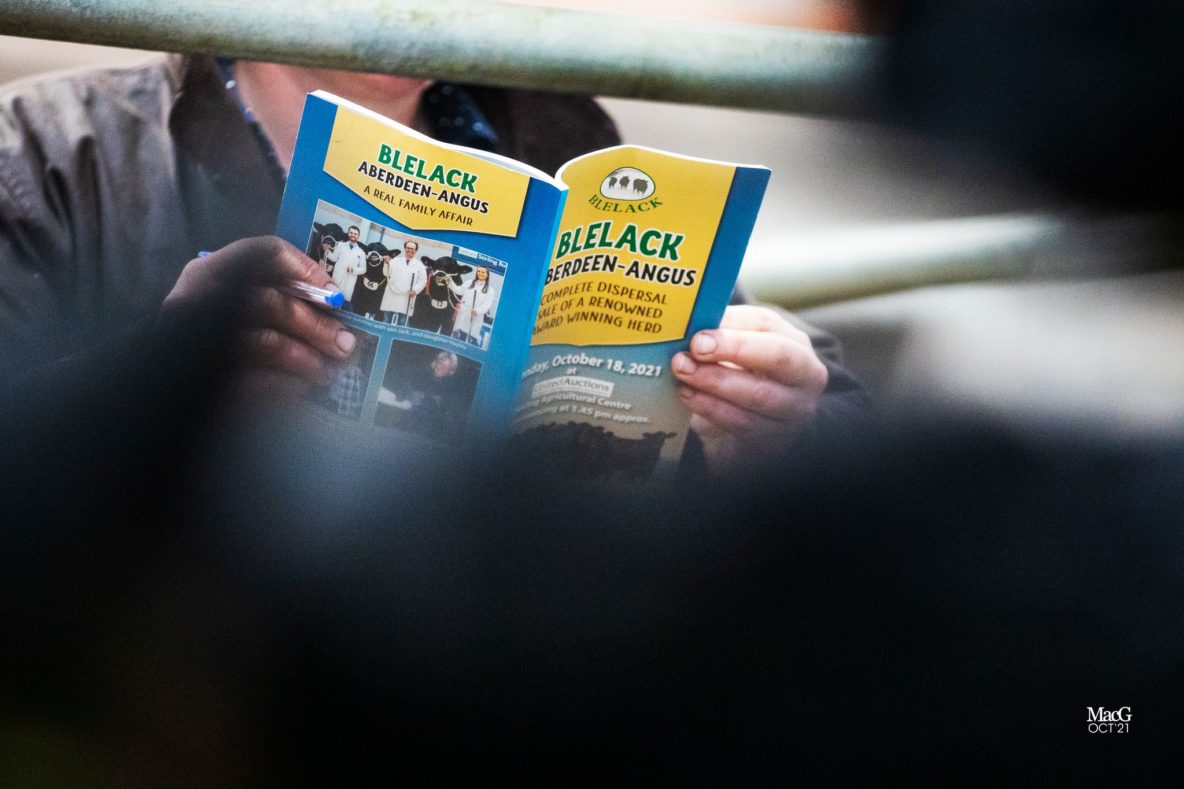 A huge amount of preparation first started in the depths of the Covid pandemic when the announcement in the Review of 2020 that owing to family health circumstances the Blelack herd was to be dispersed in October 2021. Decision made, preparations to make the sale perhaps one of the biggest occasions in recent times for the Massie family, the Breed and the Society, and no stone was left unturned for this to be brought to fruition.

The sale commenced with the sale of a kind donation from the family of a print of an Aberdeen Angus Bull going under the hammer, the proceeds of which were donated to the Youth Development Programme. This gesture of generosity to be invested in the many hundreds of young people with an interest in cattle being nurtured and developed, keeping young people interested in cattle breeding is a further pledge of their commitment to the future of the breed. The 1000 gns realised with the drop of the hammer being kindly purchased to sit over a new mantlepiece at the home of John Steel, Allanbank House it is very gratefully received and will be applied to the very worthy cause it was donated to. 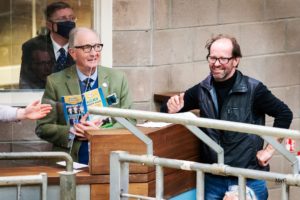 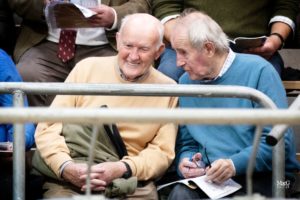 Graeme took up his position next to the box for the sale while father Neil was in the front row, accompanied by Alistair Fraser of Idvies who had earlier purchased the Champion bull with what was about to unfold leaving a very full sale ring in awe.

The final swansong of Blelack got underway under the enthusiastic and vibrant Auctioneer Raymond Kennedy on the gavel and the auction reached a fever pitch thanks to the involvement of the buyers taking the last chance to get a piece of the historic herd.

Breeders from home and abroad were represented in a truly special day for the Breed with spectacular results being achieved. The family was rewarded for their commitment to breeding the best of Aberdeen Angus, reflecting their position at the top of the tree for their achievements

The split lots hit a real high with BLELACK PRINCESS CARINA U902 selling at 32,000 gns, and her heifer calf BLELACK TOPLASS X137 attaining 30,000 gns a breed record for a heifer calf. This saw the keenest bidding battle of the day, with both consignments going to the same home at Foxhill Farm, prompting a round of applause from the ring when the hammer dropped.

Heifers (38) forward for sale saw a peak of 16000gns for BLELACK EVORA W014 also heading to Foxhill Farm with an overall average of 6853gns.

The sale was a fantastic spectacle and a testament to the breed’s position in the pedigree world in the UK, cementing its place at the very top of the breed choices available.

Several new breeders were welcomed to the fold from both the pedigree and commercial world and the word on the street is there are still a great deal more to come. Aberdeen-Angus has a reputation that is the envy of many in that we can demonstrate the cattle are easily managed, good to keep and perform very well as either pedigree or commercial animals. The resultant stock can be taken through to slaughter, producing beef with an enviable reputation. Consumers recognise the Aberdeen-Angus as a sure sign of quality when printed on a menu or pack.

On behalf of the consignors and the Society we wish all purchasers at the sale the very best of luck with their new assets and look forward to welcoming you to further events that we have planned.