Pedigree Aberdeen-Angus bulls sold to a top of 3,500gns and 3,200gns at the breed society’s autumn sale, hosted by Dungannon Farmers Mart.

Securing the day’s top prices were the Matchett family, Nigel, Gail, Sarah and Sam, from Portadown, County Armagh, who sold three bulls from their noted Birches prefix to average £3,080 each.

Sale leader at 3,500gns was the twenty-one-month-old Birches Lord Jock V732 TSI+27 SRI+38.  He was sired by the herd’s former stock bull Cheeklaw Emlyn P480 – reserve Balmoral champion and All-Ireland Aberdeen-Angus champion in 2017; and is the second calf from Birches Lady Julie P586 – dam of the 2019 Balmoral Show champion.

This much-admired bull was snapped up by online bidders Donogh and Jane McCarthy, owners of the 25-cow Lemonfield Herd based in Limerick. “We’ve been searching over the summer months for a new senior stock bull to replace our previous herd sire Carrigroe Magic,” explained Donogh.

“Birches Lord Jock V732 certainly fits the bill. He oozes breed quality, and has an attractive pedigree. We researched his ancestry prior to the sale, and had our hearts set on buying him.”

Selling at 3,200gns was the eighteen-month-old Birches Lord Jake V776 TSI+23 SRI+33. He was sired by Fordel Minnesota Prime P753, and bred from the Carrigroe Fred daughter Birches Lady Jane S113 – one of 20 cows in the Birches Herd.

Ranked in the breed’s top 10% for calving ease +4.0, and boasting +12 for milk, he came under the hammer of auctioneer Trevor Wylie, selling to Messrs Dickson from Crossgar, County Down.

Following close behind at 2,500gns was Waterloo Endgame V241 consigned by C and K Marshall from Ahoghill, County Antrim. This sixteen-month-old entry was sired by Blelack Duke J262, and is out of the home-bred Netherallan Peter Pershore E052 daughter Waterloo Elouise N327. Buyer was R Watson, Augher, County Tyrone.

Females peaked at 3,100gns, paid to Norah Scott, and son Timothy, Newtownards, County Down, for the eight-year-old cow Drumawhey Rose M365. She is by Old Glenort Knockmore J153, and bred from Drumawhey Ribena D906. Included in the deal was her January born Weeton Exocett P426 bull calf Drumawhey Randal W754. This cow and calf outfit sold to Michael McConville, Newry, County Down.

In-calf heifers topped at 2,400gns, paid to Neville and Ivan Forsythe, Moneymore, for the June 2019 born Coltrim Evana V165. Sired by home-bred stock bull Coltrim Pon Dereplay T756, her dam is Coltrim Evana S653 – one of 36 cows in the herd. Due in May 2021, this heifer is in-calf to Coltrim Black Bando T874. Buyer was commercial suckler herd owner David Cairns who has established the Sperrinview Aberdeen-Angus Herd for his eight-month-old grandson Tommy Cairns. 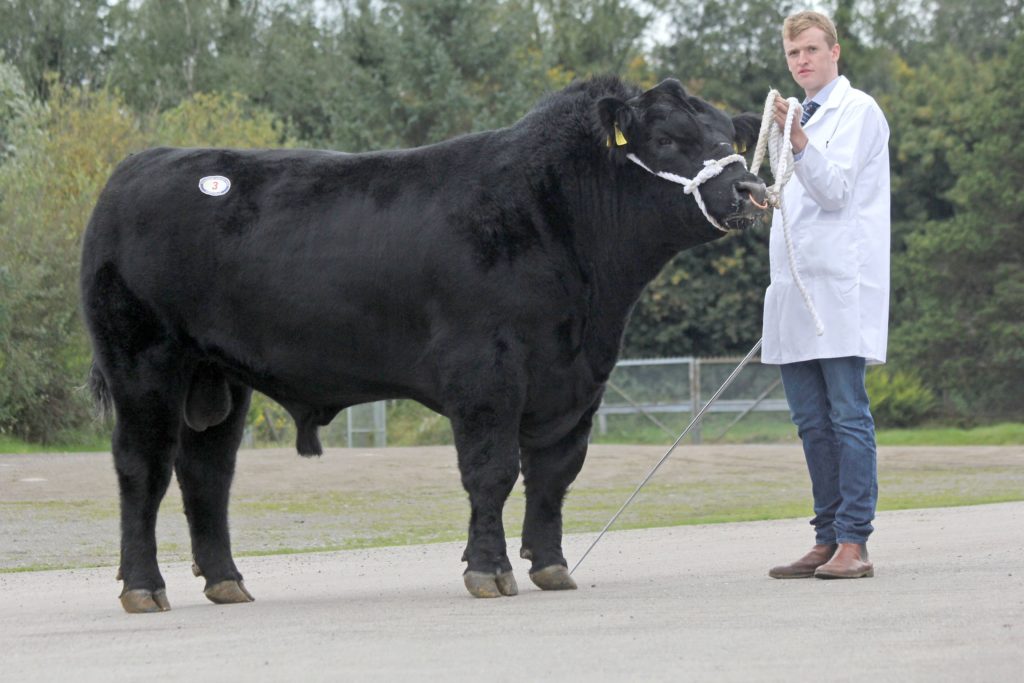 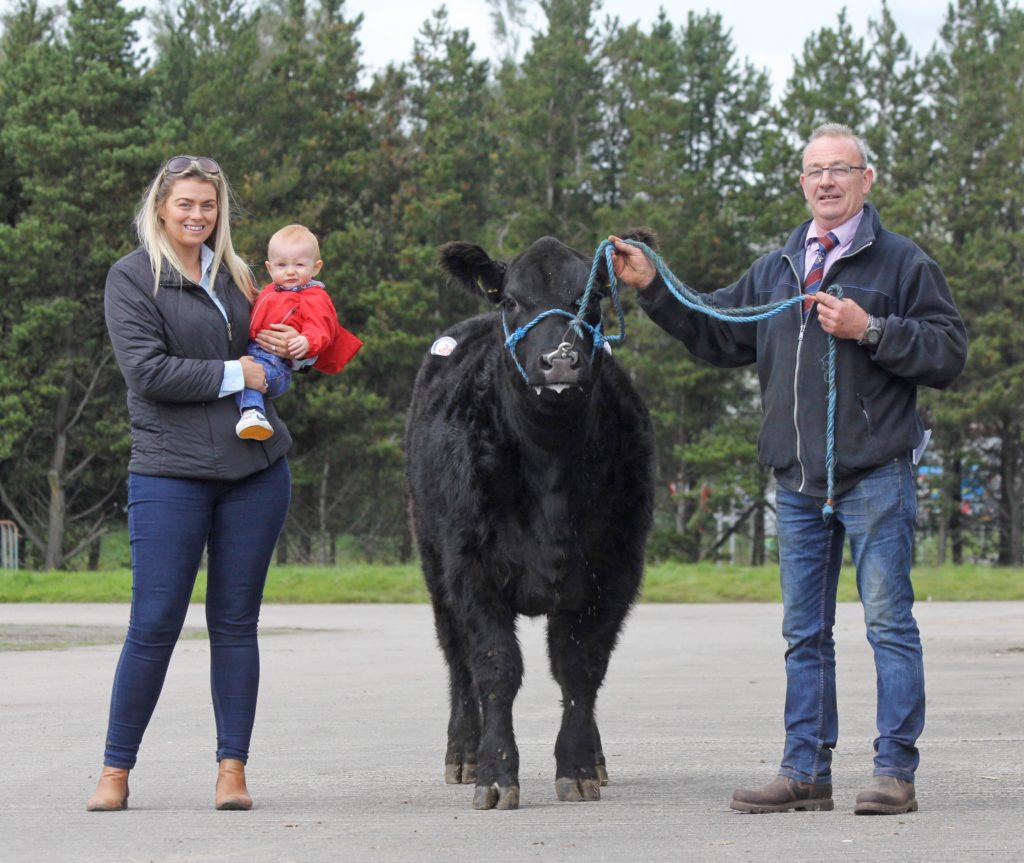