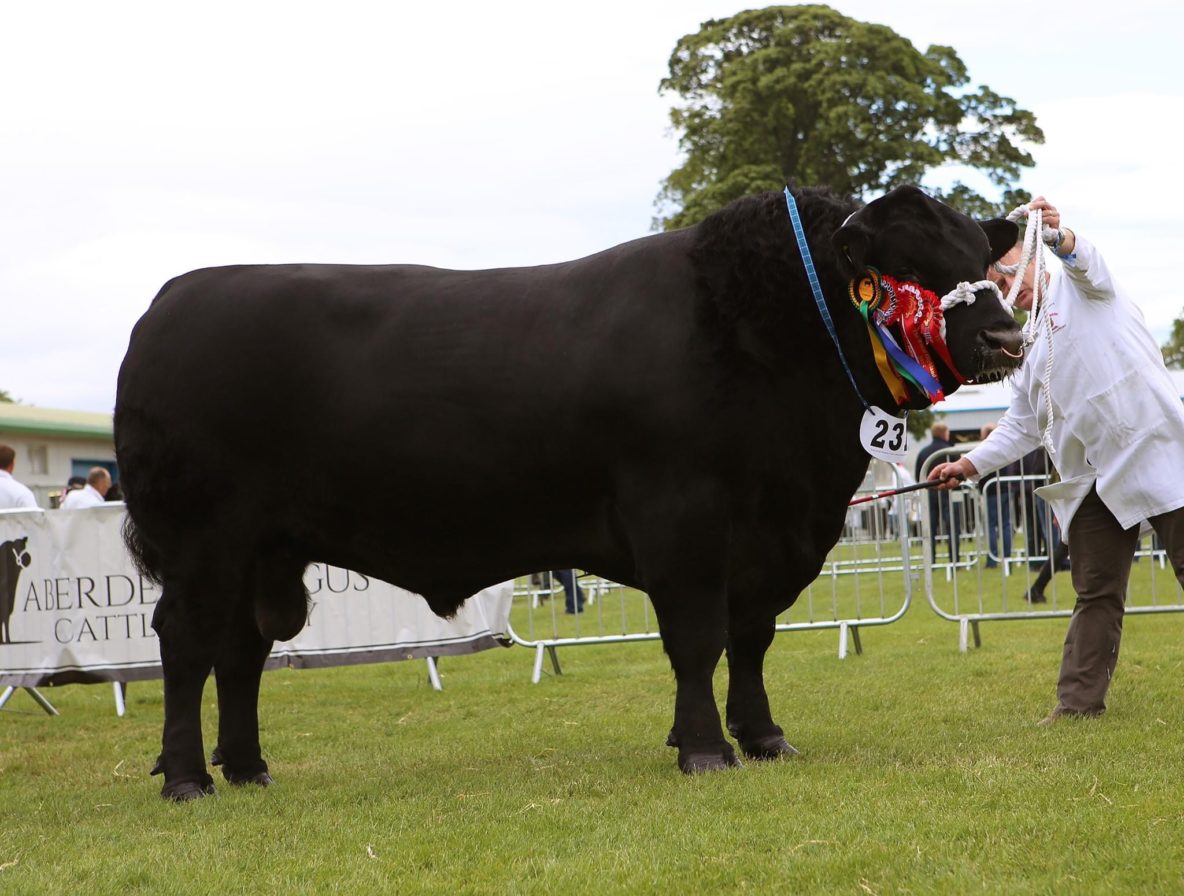 🏆Back in April The Scottish Farmer published the Aberdeen-Angus Champions of The Decade giving readers the chance to vote for their chosen Champion from the last 10 years.

The votes are counted and the three Champions with the most votes were put forward to the Society’s selected judge Alasdair Houston, Gretnahouse.

The final three animals forward for the Champion of the Decade are all fine animals. That said, I have no hesitation in awarding the accolade to the Senior Bull who is an outstanding specimen in any breed. He displays great presence, outlook, and character. Despite being in full show condition he is clean through the brisket, powerful and masculine without being coarse. He has a well-set shoulder, setting off a good spring of rib, a long level meaty top line and a balanced underline with good body volume for forage conversion without being wasteful. His tail head is well set into a round and well-muscled hind end and full flank. I like his strong flat bone and his stance on well angled and robust pastern and hock. The debate about optimum size is a perennial debate at shows in all breeds and this is undoubtedly a large frame size bull. As a show specimen he is hard to fault and is in my view a worthy winner.

Along with many other prize winning stock, Broughton was a well admired bull during the World Angus Forum 2017 leaving some super maternal females.

(After each breeds has been judged, each Champion will then move on to the inter-breeds where, again, specially chosen judges will make the difficult choice of picking an overall winner of the beef, dairy, sheep and heavy horse sections.)