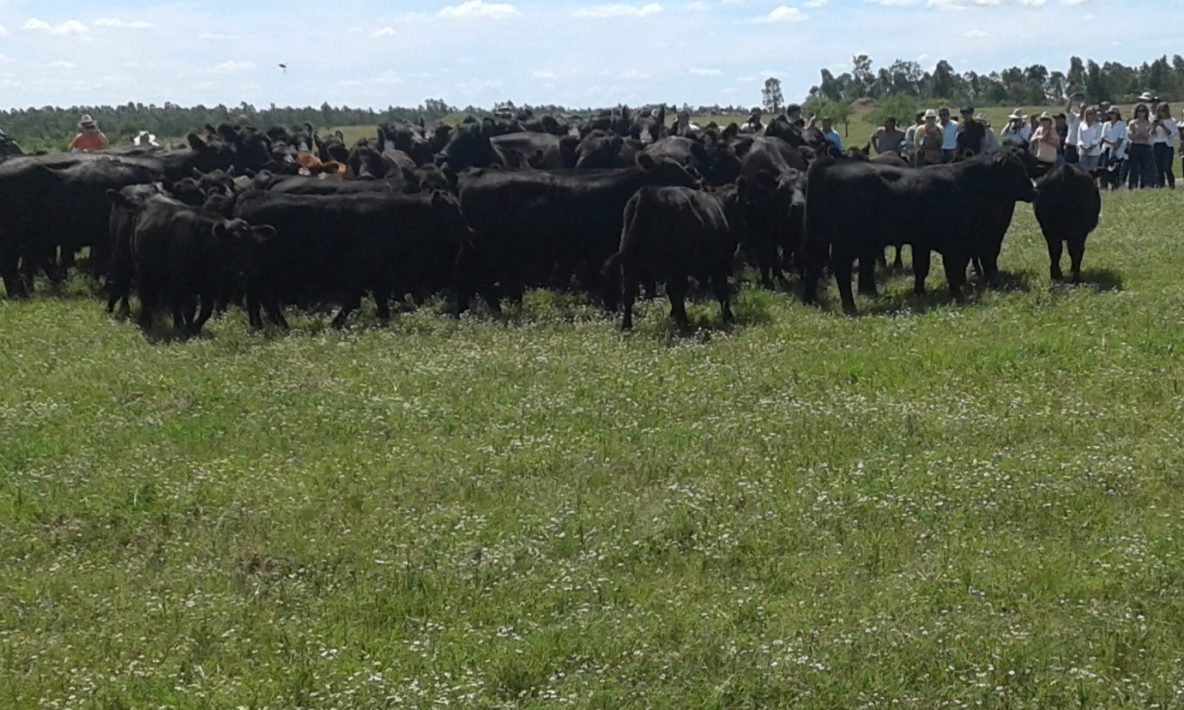 Located in the SW of Salto province, Bayucua was founded in 1906 by Don Antonio Mattos. In 1917 the first Aberdeen-Angus stock started to appear at shows in Uruguay and the first grand Champion Kaiser was presented at by show by Matos Hnos and Otero in 1917. 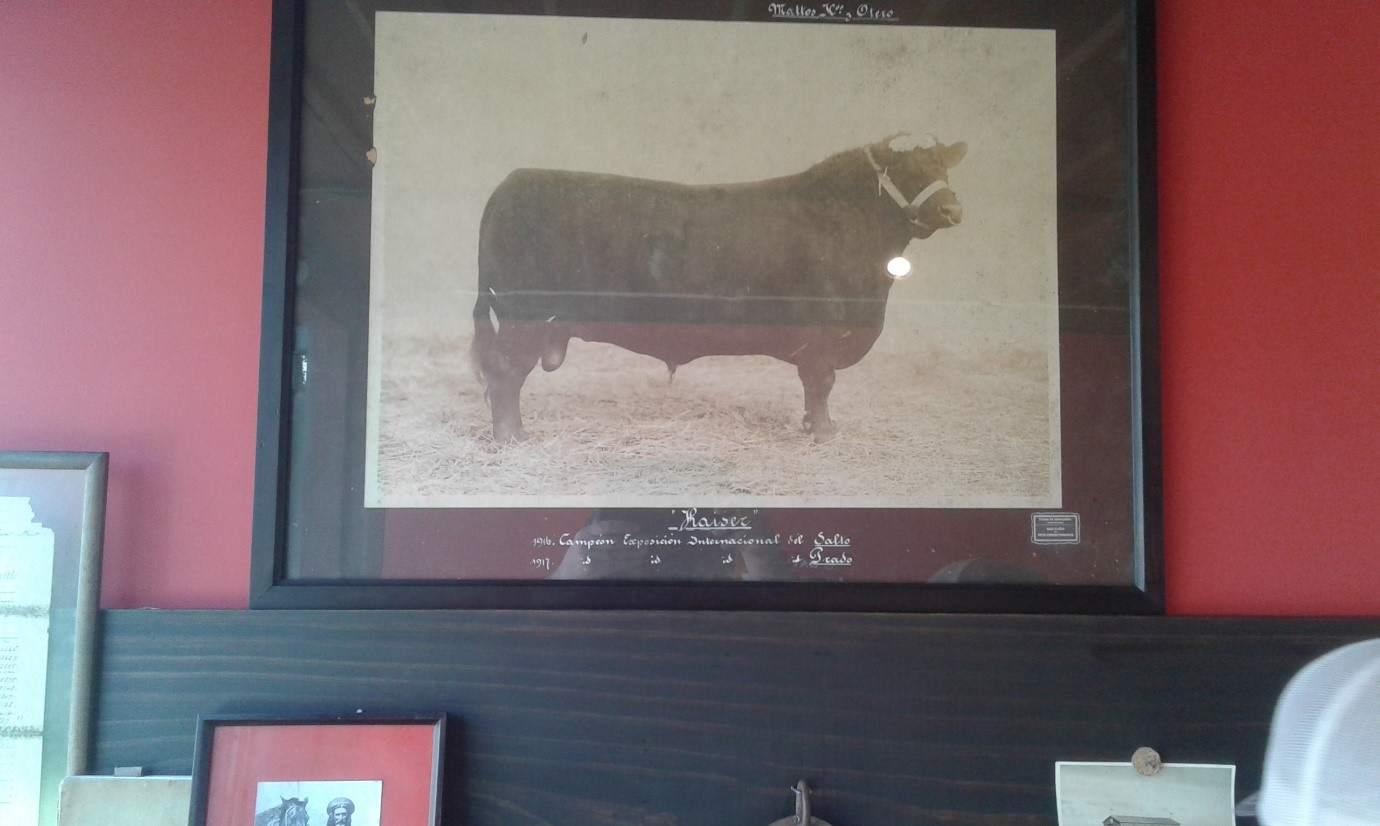 The breed goes back a long way and only two years later in 1919 the first imports from the USA a bull called Bar Marshall 3 started a further burst of imports from around the world but particularly the UK and Argentina.

A presentation to the gathering preceded a walk over to see the cattle that outlined the breeding programme and the aims of the company, there was around 5-600 that gathered. 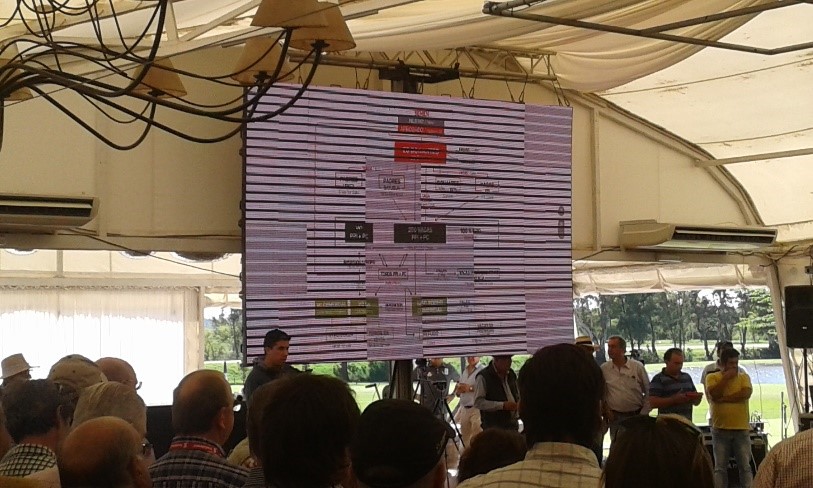 Bayucua have focussed very much on performance and only bring in the best of genetics that are available mainly through Embryo transplant and semen. They were the first herd to start performance monitoring on pedigree Angus keeping methodical and accurate records on birth weights and have assimilated the records on some 10,000 pure bred animals. They can boast a number of firsts in South America following the recording programme, they were the first herd to offer Auction lots along with EPD figures. They were also the first to offer at auction a part share in an animal which has now become the norm in the cattle world in South America.

Working with GENIA the herd was one of the first again to be utilising DNA profiles to verify the phenotype information that they had collected and another first! They have harnessed Genomics to identify taste and tenderness as an aid to selection.

Another key trait that they select for is behaviour and this was demonstrated when they displayed the cattle to us loose in mobs with no fences and the cattle were no phased by this at all.

Great deal of work done on the movement of animals in the natural pastures to fully understand their behavioural grazing patterns and rest times leading to more understanding of the way that meat is produced in their estancia. At the same time, they strengthened their embryo donor programme to keep up with the demand for their elite stock.

Stock has always been exported to Brazil, Argentina Chile and Columbia with the stock having considerable success at the shows. Bayucua is now in the hands of the 5th and 6th generation of the Matos family and they carry the business on with the same strength and commitment to make improvements to their breeding and performance as it has done for generations.

The farm runs to some 5,000 ha, 12% natural pasture, 8% grass as part of a stock and soil improvement programme of rice and white cover seed production. They also have a complete flock breed to finish of Merino sheep all pedigree.

The aim of the business is to maximise added values per kilo of everything that they produce. They have 250 pedigree AA registered cows and 1,250 unregistered pedigree cows which run commercially. They are selling approximately 150 pedigree bulls and 150 pedigree females from the stud. The future sees the family working more for and living from the land and remaining at the forefront of the technology and tools at their disposal to help them do that.

The road to the farm was not suitable to be travelled to by bus so the cattle were relocated to the Polo Club for us to see and enjoy the quality and style of the Bayucua herd and to look at the pedigree stock that gives the Estancia and the family the name that they have.

And that was again followed by a small luncheon party for around 500 people with the usual Uruguayan meat feast being served up alongside some appropriate local beverages mainly wine Coca-Cola and Chivas Regal whiskey! 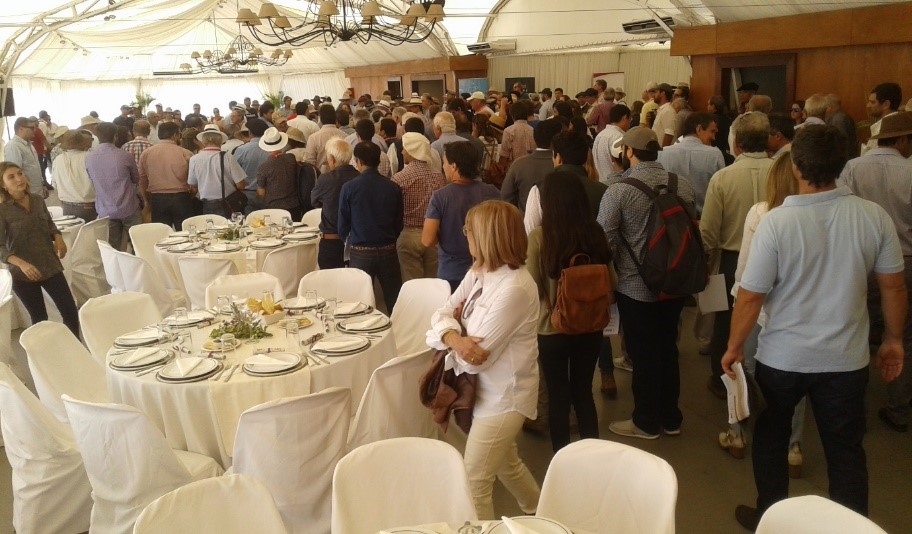 More images from the day are shown below: 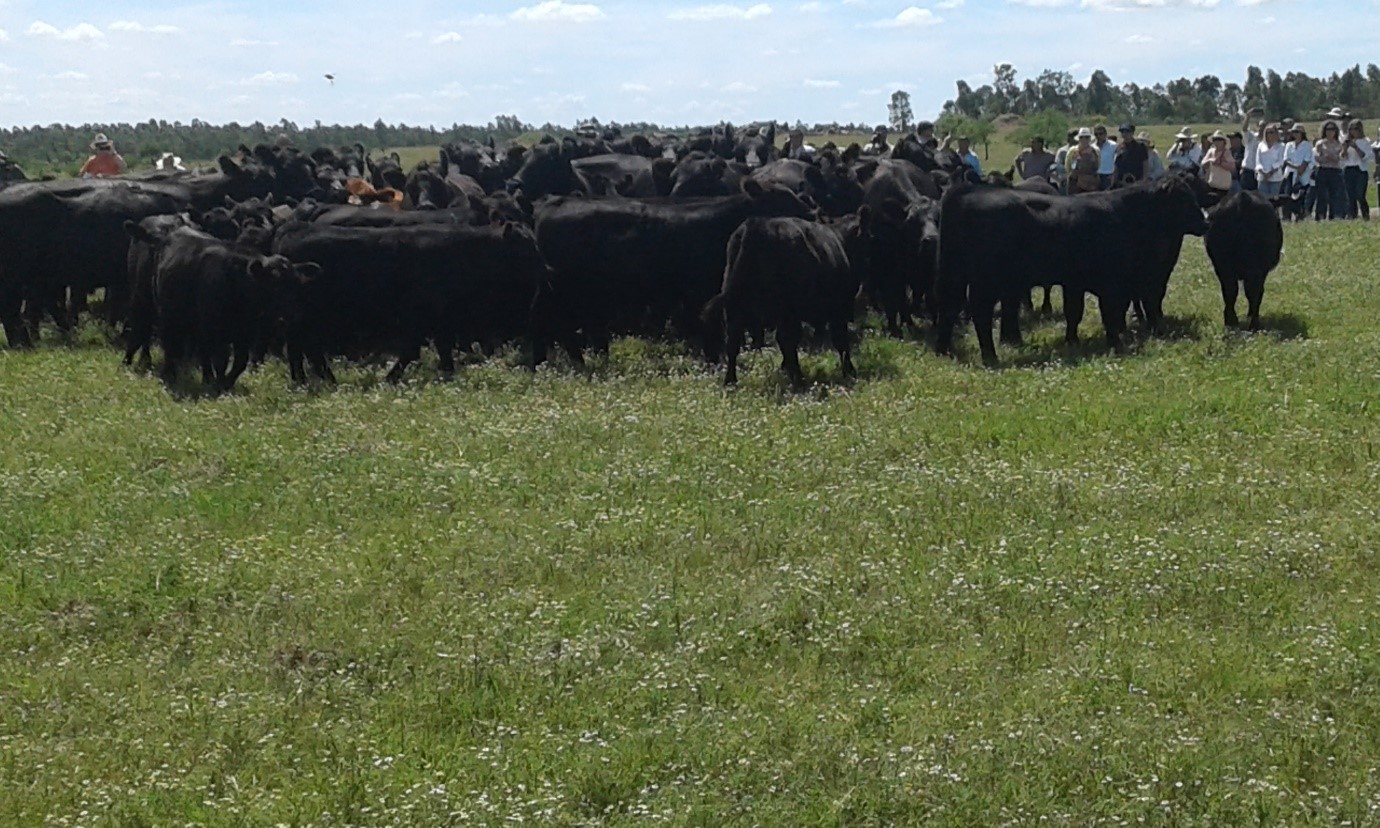 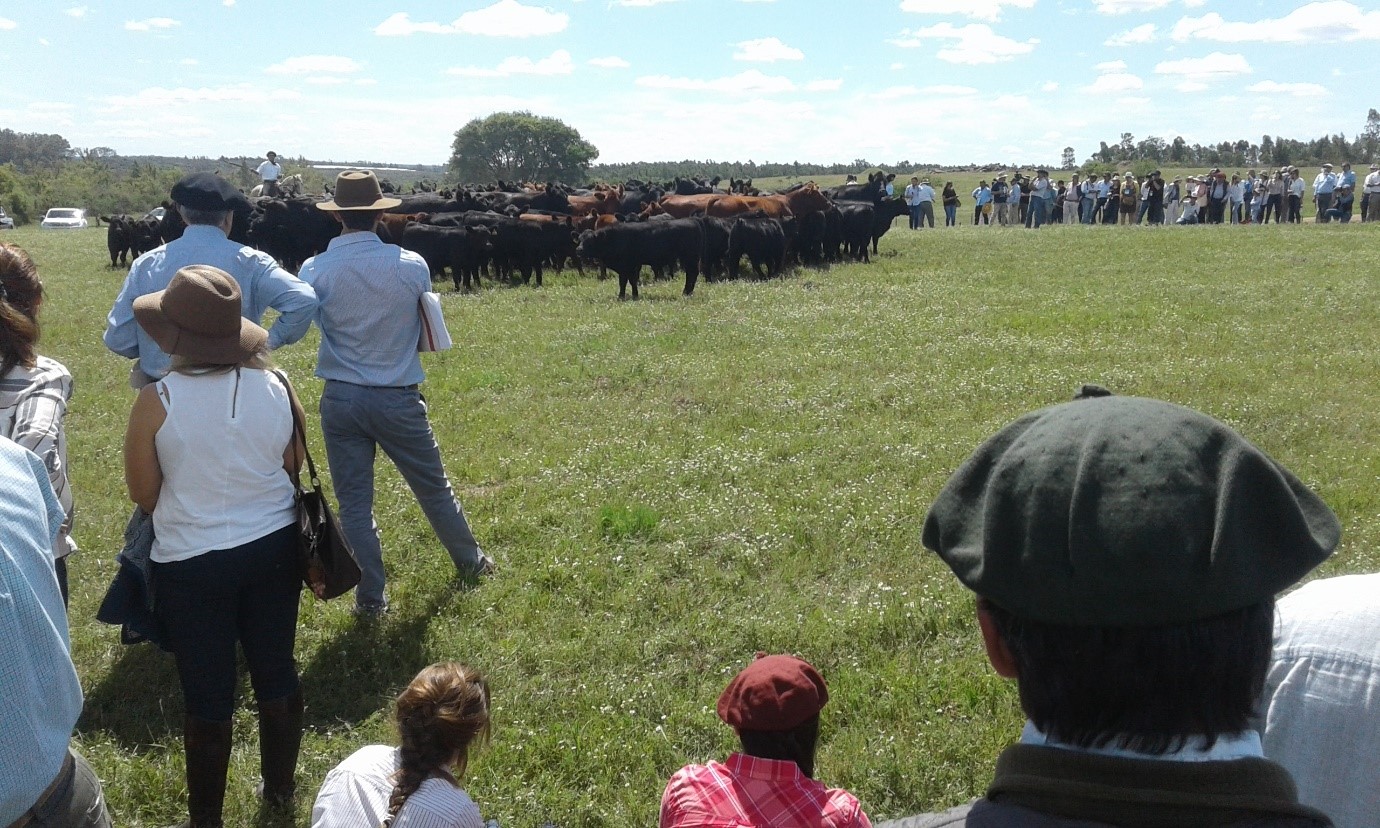 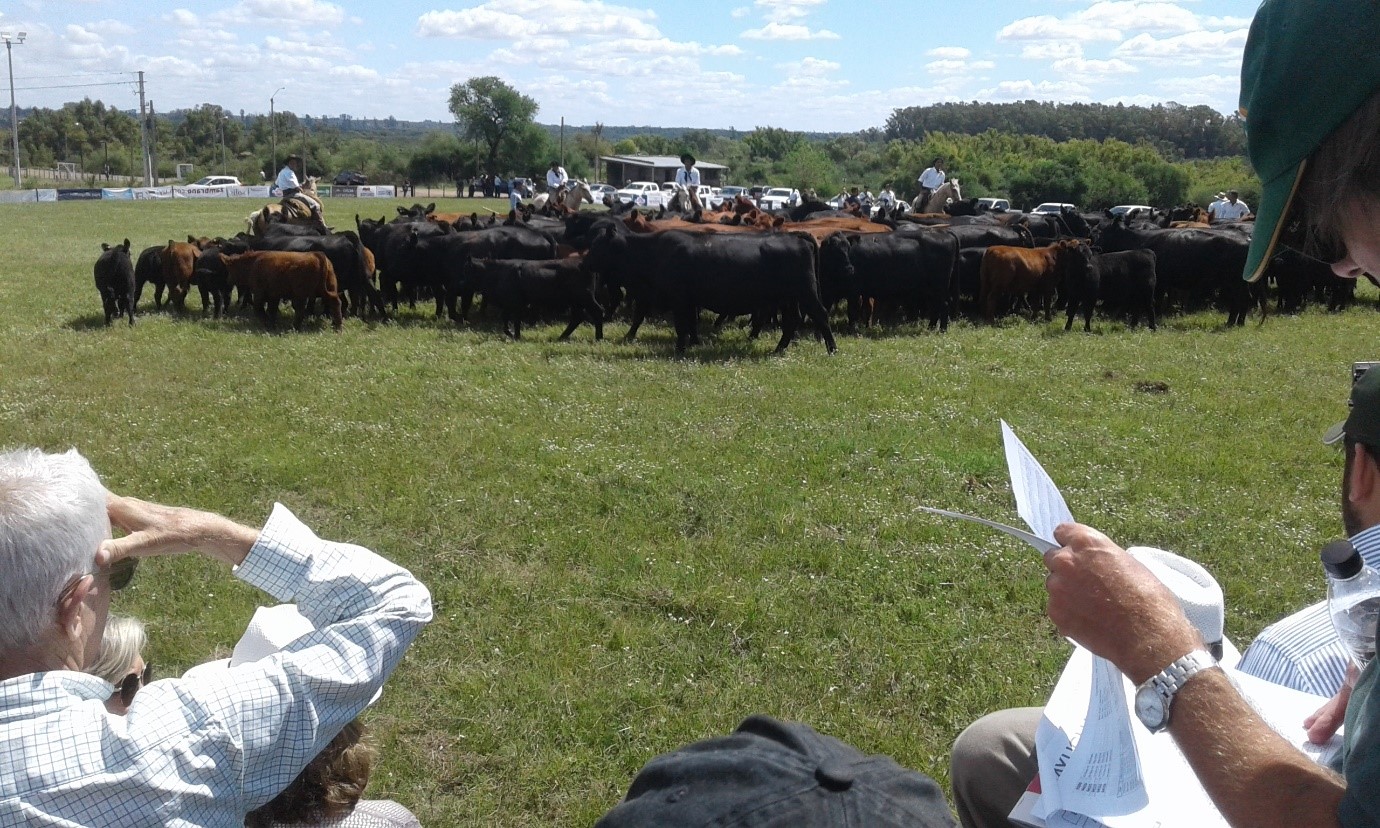 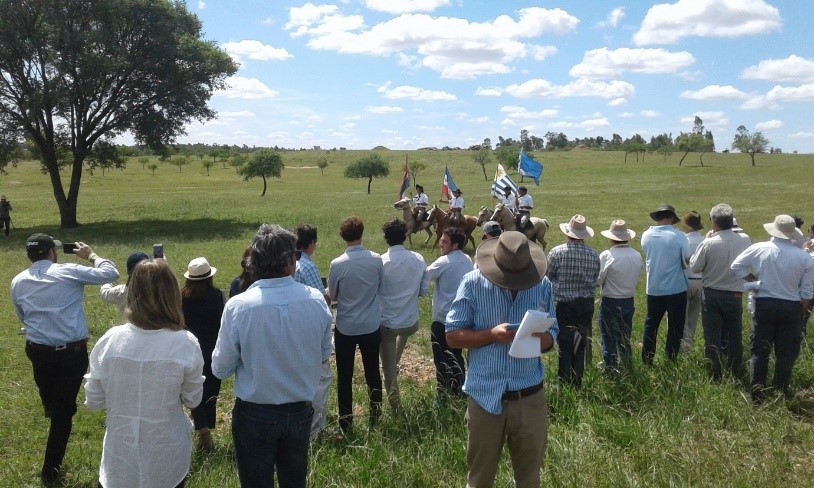