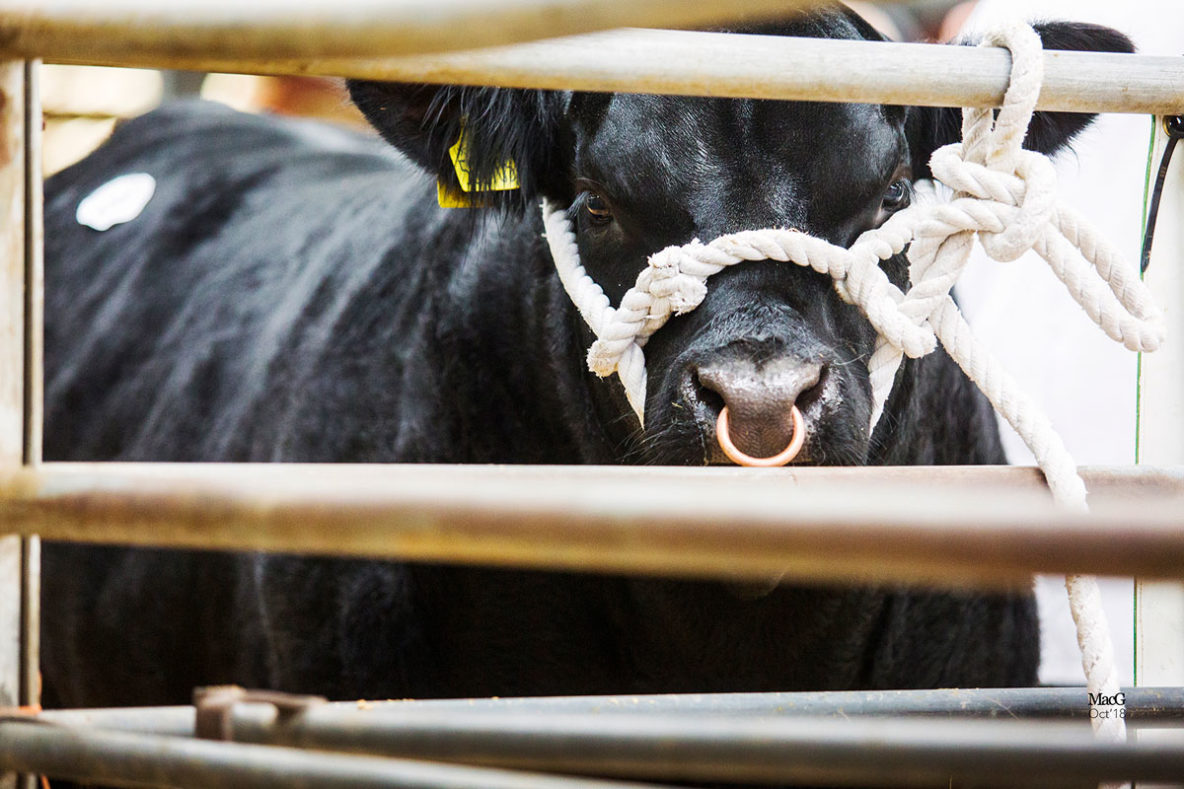 This glossary of cattle health terms is offered to the cattle industry as a guide to assist the understanding of diseases and the terms used within the veterinary practice. The overall aim is to provide a consistent language on these terms and conditions that can be used across all industry sectors.

The four diseases currently available for control in cattle health schemes are: –

IBR is an acute viral disease. In young animals it mainly affects the upper respiratory tract and can lead to a fatal pneumonia. In mature animals it can also cause abortions and reduced fertility. Once infected an animal remains infected (becomes a carrier) for life and may release infected virus throughout its life when stressed. It is spread via airborne secretions and bulls’ semen. For pedigree breeders IBR is important in that animals and herds that have had contact with IBR are barred from export to certain countries. Some European countries are free of IBR ( Austria , Denmark , Finland , Italy ( Bolzano province), Norway , Sweden , Switzerland ), others are in the process of eradicating the disease ( Germany is undergoing compulsory eradication based on use of marker vaccines) others have voluntary eradication schemes in place ( Netherlands , Belgium , France ). The Republic of Ireland has banned the use of conventional IBR vaccines from January 1 st 2005 (allowing only use of IBR marker vaccines for disease protection) although no formal eradication scheme is in place. IBR may be controlled through use of vaccines but take veterinary advice especially where animals, embryos Glossary of Cattle Health Terms and semen from the herd may be suitable for export, as these will need to be free of antibodies to IBR, including conventional vaccinal antibodies. Marker IBR vaccines are available for those farmers considering IBR eradication programme, but advice should be sought from a veterinary surgeon.

BVD is a complex of diseases of viral origin. Effects of the disease may be reduced fertility, abortion, foetal abnormalities, enteritis and mucosal disease. It is spread by PIs (Persistently Infected calves) nasal secretions and semen from transiently infected bulls, contaminated needles and equipment. Control is by biosecurity, removing persistently infected (PI) animals and vaccination.

Leptospirosis disease in cattle is caused by two species of Leptospiria characterised in dairy cattle by milk drop, poor fertility and abortions and in beef cattle by poor fertility and abortions in the second half of pregnancy. Infection is via infected urine either from the cow or urine contaminated water or pasture. Risk factors include using natural service, sharing pastures with sheep, allowing access to open watercourses and buying in stock with unknown disease status. Infected animals may be carriers for life. It can affect human beings causing flu like symptoms, and in rare cases fatalities. Effective control in an infected herd may be achieved through a vaccination programme.

Johnes Disease (paratuberculosis) also known as MAP (the infectious organism) is a chronic infectious bacterial enteritis that results in persistent diarrhoea, progressive wasting and eventual death. It has an incubation period of 2-6 years. Animals are usually infected when young. The calf may be infected while in the womb, by drinking infected colostrum and milk, or consuming food and water contaminated by Johnes infected faeces. The organism may last for a year in slurry or on pastures. In the individual animal diagnosis by laboratory means is unreliable until the disease symptoms are well established and hence a whole herd testing procedure is adopted.

The term Monitored Free has been adopted in describing herd freedom from Johnes disease. In herds where no case of Johnes disease has been diagnosed two clear blood tests 12 months apart, of all animals two years and over are required for Monitored Free status. In herds that have had a positive case, three clear tests of all cattle over two years old at yearly intervals are required for Monitored Free status. However due to the long incubation of the disease there may still be an unexpected positive. A vaccine is available but its use can also interfere with the routine TB test and therefore DEFRA and the VLA needs to be informed of its use (usually through the veterinary surgeon). For further information on Johnes disease refer to the Defra booklet titled ‘Johnes Disease in Dairy Herds’, issued in September 2004 and is available from the Animal Disease Control Division, 1a Page Street, London SW1P4PQ. An Information booklet titled ‘Johnes Disease in Beef Herds’ will be available after June 2005.

ACCREDITED – A high state of freedom from a particular disease regularly monitored by testing for that disease.

ANTIBODIES – Immune substances produced in response to an infection or vaccination or acquired as in colostrum or antisera.

ANTIGENS – A substance, often part of Microorganisms that causes disease, which can give rise to an immune response.

ANTISERA – Serum containing antibodies to a particular disease or diseases which when administered to an animal provides it with temporary immunity.

BIOSECURITY – The principle of taking measures to keep premises and therefore stock free from incoming diseases.

CARRIER – An animal having disease causing organisms within it and capable of infecting others. It may show no symptoms of the disease itself.

CELL-MEDIATED IMMUNITY – Immunity, which is dependent on the sensitisation of certain white blood cells, rather than antibodies.

CHeCS – An independent self regulating body which sets standards for the control and eradication of four non statutory diseases (see Part 1) to which licensed participating health schemes must conform to.

CLOSED HERD – A herd into which no animals are imported; truly closed herds must not have any biological contact with other herds. This includes never bringing leased animals onto the property, not using bought in embryo transfer recipients, and not accepting colostrum, sit-on or foster calves, or milk from other farms.

CONCURRENT INFECTIONS – When an animal may be infected with two or more infections at the same time.

D.N.A. – The genetic blueprint of all life. In the future testing for infectious organisms may involve looking for their D.N.A. in the diagnosis of the disease.

D.V.M. – Divisional Veterinary Manager to whose office all incidents of notifiable diseases should be reported.

ENCEPHALOPATHIES – Degenerative central nervous system diseases, which affect some species and may be transmissible.

ERADICATION – The process of removing a particular infection from a herd.

HERDCARE – A health scheme licensed by CHeCS and administered by BioBest.

IMMUNITY – An animal has immunity to a disease when it is protected either by antibodies to that disease or by cell mediated immunity. It may have made these antibodies itself in response to infection or vaccination or acquired them passively in colostrum or antiserum. Cell mediated immunity can be acquired through some vaccines (although not necessarily all vaccines), or from infection.

IMMUNOSUPPRESSION – The animal’s ability to mount an immune response to an infection may be interfered with by drugs, nutritional deficiencies or concurrent infections, for example BVD virus.

INCUBATION PERIOD – The time from when an animal is first infected with an organism until symptoms develop. For most diseases this is a few days but for encephalopies and Johnes disease for example the incubation period can be years.

MONITORED FREE – A herd is said to be monitored free of a disease when regular tests come back negative but there is still an element of doubt. This may be because the disease in question has a long incubation period or there are limitations in the ability of current test procedures to detect these animals.

MUCOSAL DISEASE – A fatal enteritis of young stock due to BVD complex. NAÏVE – An animal is said to be naïve when it has no immunity to a particular disease. Newborn calves before receiving colostrum are naïve. Animals participating in a health scheme in which that disease has been eradicated are naïve to it and if introduced to a new herd where that disease exists are naïve and therefore susceptible to it.

NAÏVE – An animal is said to be naïve when it has no immunity to a particular disease. Newborn calves before receiving colostrum are naïve. Animals participating in a health scheme in which that disease has been eradicated are naïve to it and if introduced to a new herd where that disease exists are naïve and therefore susceptible to it.

NOTIFIABLE – A disease is notifiable if there is a statutory requirement to notify the D.V.M of any suspicion of that disease. Examples are FMD, bovine TB and brucellosis. PCHS – Premium Cattle Health Scheme for disease control licensed by CheCS, administered by SAC.

PI – Persistently Infected. Calves infected with BVD virus whilst in the uterus, during the first third of pregnancy, and which survive to term remain persistently infected. They shed virus throughout their lives and are the main source of virus within a herd. Many die of mucosal disease between 6-18 months of age, but they may appear normal and reach breeding age. Any calf produced by a PI cow will also be PI.

QUARANTINE – A period of isolation before an animal joins its intended herd. Animals incubating disease should show symptoms during this period as long as the incubation period does not exceed the quarantine period.

SCREENING – Testing all or a representative sample of the herd for one or more diseases.

TRANSIENT INFECTION – An animal meets an infection, makes antibodies to it and recovers with no permanent side effects. For example an animal could become infected by BVD after an outing, the animal mounts an immune response, produces antibodies, then by increasing its body temperature for a short period, recovers with no further symptoms. However the transient infection may have left the animal temporarily infertile, and if not quarantined could shed virus for a short period, potentially infecting other animals.

VACCINES – Substances which when administered to an animal cause its immune system to respond by actively making antibodies to that disease. Some vaccines will also stimulate the cell-mediated aspect of the immune system as well. Vaccines may be dead or live.

MARKER VACCINES – The vaccine is labelled in such away that the antibodies taken from an animal vaccinated with a marker vaccine can be differentiated from antibodies that it may have made from having an infection from that disease.

BOOSTER VACCINES – The same vaccine that was used in the initial course may need to be repeated at recommended intervals. Exposure to the disease concerned may naturally boost the animal’s immunity if previously vaccinated, although this is less reliable than use of a vaccine.

ZOONOSIS – An infection of animals that can then infect human beings, for example leptospirosis. The animal may, or may not, show any symptoms.