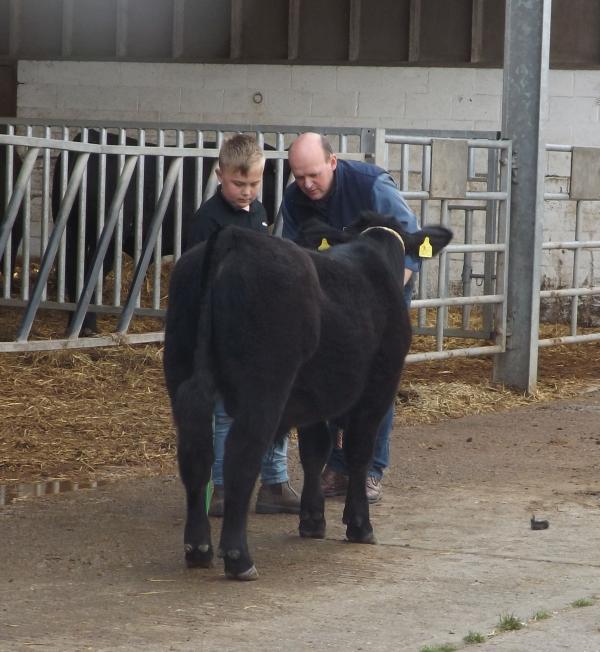 Our second youth development workshop of the year took place in Shadwell in East Anglia on Saturday 22nd April, and one of those participating on the workshop was Holly Lutkin, aged 17. Holly has been kind enough to provide her account of what was a great day at Shadwell, which you can read below, along with some photographs from the day:

‘’The second workshop of the year which was kindly held by Shadwell Estates took place on Saturday the 22nd of April with a fantastic turnout of 25 participants ranging from some that had no experience of showing cattle at all, to those that have been following in their parents’ footsteps for years, and I think everyone left the event having learnt something new. If anyone claims they know everything about showing cattle they have never been to one of Gayle Bersey’s fantastic YDP workshops!

The day began with the seniors being whisked away to begin dressing their beasts to parade later in the day. The remaining participants went off with the various trainers where the seminars began, ranging from making halters to stock judging.

The cattle clipping section was demonstrated by the very experienced Colin Soutter who made it look very easy, allowing us all to have a go and gain some well-earned experience. Stock judging was conducted by William Haire, someone who had spent years in the industry and his experience and knowledge was well received by the participants, although some had varied opinions on master judge’s final placings! Cattle dressing is a personal favourite of mine, and transforming almost a half-tonne of beef into an animal ready to parade into a show ring is very satisfying. This is an art in itself and most stockmen and women have different opinions so it was brilliant to have Jess Denning as a trainer, who has travelled across the globe and experienced all manner of cattle breeds to share some knowledge and tips she’s learned along the way. Jess is a real inspiration to the participants, being a former YDP winner herself.

Robert Clarke had the task of teaching participants to tie cattle and change halters, having much experience of showing prized Aberdeen-Angus himself, the techniques were soon picked up by the willing participants. Washing the cattle was assisted by another very experienced Aberdeen-Angus breeder in Simon Long. This is a simple task, but a very important one. It’s not all about parading the beast around the ring! A lot of hard work has to go on behind the scenes and that all starts with a good bath. Last but not least was a very useful lesson on how to create halters by Louise Walkenshaw, who showed us a very quick and easy method that everyone soon picked up.

Finally, after all the lessons we had learned, it was very satisfying to watch everyone parade a beast around the ring that we had spent all day preparing, and Emma McInnes is certainly going to have her work cut out selecting participants for the final.

On behalf of all the participants at the Shadwell workshop I would like to thank all the trainers for their time and experience, teaching a variety of essential tasks involved in showing and judging cattle. Of course, I’d also like to thank Gayle for all her time and effort she puts into making the workshops such a fantastic day!’’

Here’s a selection of images from the day at Shadwell: 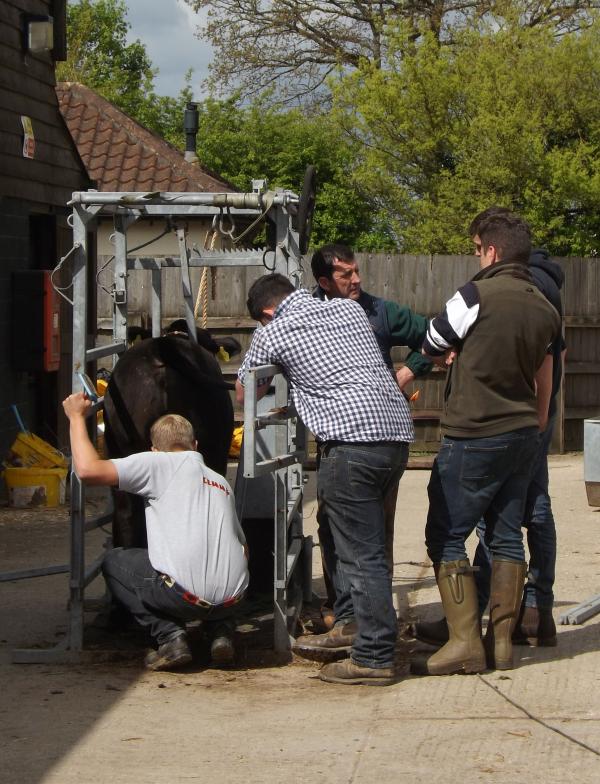