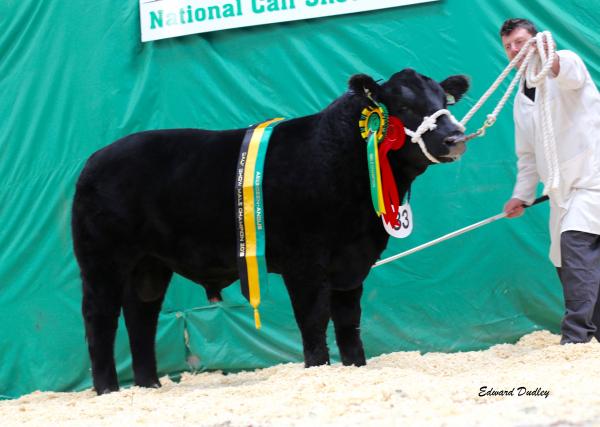 The final major show of the 2018 season was staged over the weekend with the National Aberdeen-Angus Calf Show taking place at the Showgrounds, Carrick-On-Shannon, Co. Leitrim. The premier showpiece attracted a total youngstock entry of just under 90 calves, including a small but select entry from Northern Ireland. The event has grown in popularity and stature over the last number of years and is now one of the most keenly contested events of the year. There were up to 14 calves paraded for judging in some of the classes and for the first time in many years, the champion and reserve in both the male and female section were both found from the winners of the Spring born classes.

Show judge for the day was Mr. Noel Hooke of the Beech Hill Aberdeen-Angus Herd from Hillsborough, Co. Down, Northern Ireland. Speaking after the conclusion of the judging, Mr. Hooke commented that he ‘was blown away with the incredibly high standard of cattle presented for judging throughout the day’. He also added that he had chosen to award prizes only to stock that were reflective of the commercial realities of the Aberdeen-Angus breed. Finally, he commented that both champions were exceptional animals and were very worthy winners, especially in the face of such tough and high quality opposition.

The supreme male championship was awarded to Anthony Scanlon, Carnaree, Ballymote, Co. Sligo with Owenmore Relter. This January 2018 born bull is sired by Bunlahy Kojak and is out of a homebred cow by Owenmore Kit. Expertly presented and shown by Anthony’s nephew, Bernard Kerins (who himself is a regular exhibitor on the show circuit), this one has taken many significant wins over the summer season, including a 1st prize win at the All-Ireland Aberdeen-Angus Championships in Mohill last August.

The reserve male championship went to Martin Garvey, Liscolvin, Hillstreet, Carrick-On-Shannon, Co. Roscommon with Liscolvin Rossie. Martin has been a regular winner at the National Aberdeen-Angus Calf Show over the years and made a welcome return to the championship line-up on this occasion. This young bull calf is sired by the AI bull, Luddenmore Fionn G441 and is out of a Lawsons Ford Bagatelle Z094 daughter. 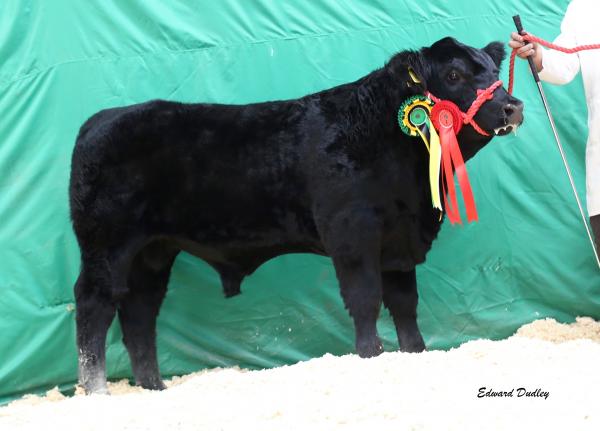 The supreme female championship went to Matthew & Rita Goulding, Kilmore, Ballyduff, Co. Kerry with Goulding Belinda U906. This stylish young heifer was born in January 2018 and is out of Goulding Belinda M545 and is sired by the homebred Goulding Man O Man, who is now standing in Irish AI and was himself a former 1st prize winner at the National Aberdeen-Angus Calf Show. This one also took a 1st prize win at the All-Ireland Aberdeen-Angus Championships and is the latest in a long line of success stories for the well-known Goulding Aberdeen-Angus Herd. 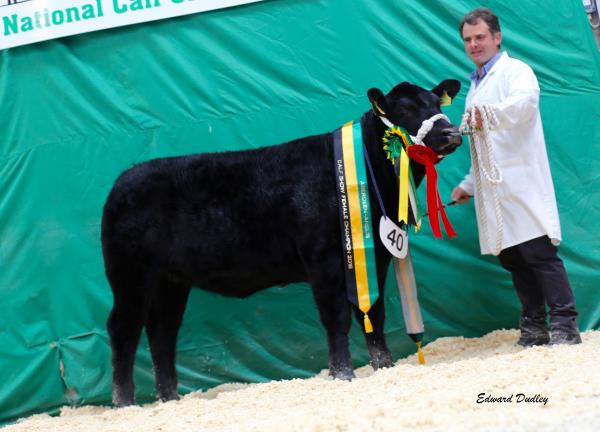 Michael & Barry Smith, Market Street, Cootehill, Co. Cavan took the reserve female championship with Lawsons Ford Lady Helly U411. This one was born in February 2018 and is sired by Friarstown Evolver N274 and goes back to Rawburn Rommel E423 on the dam’s side. This young heifer has enjoyed a stellar season on the pedigree show circuit and had also taken 1st prize at the National Livestock Show in Tullamore. 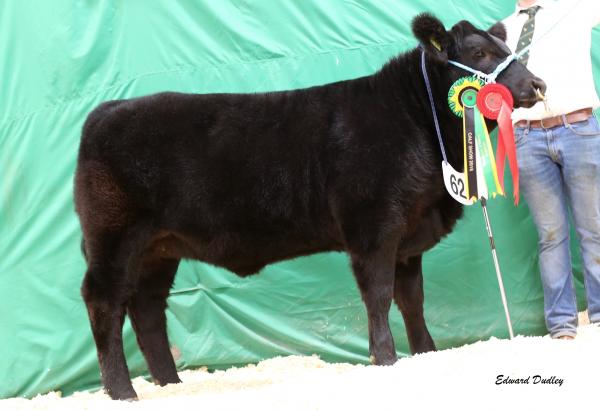 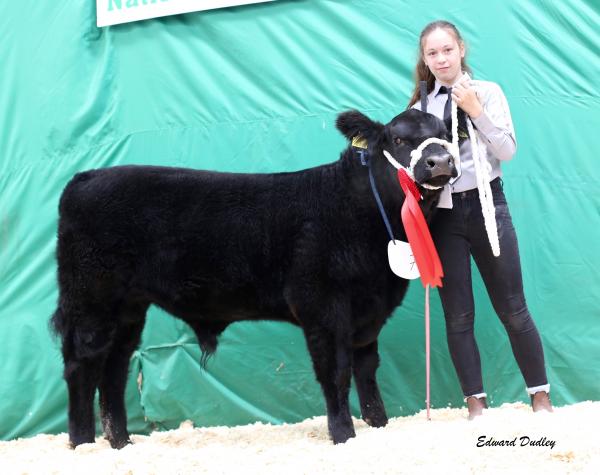 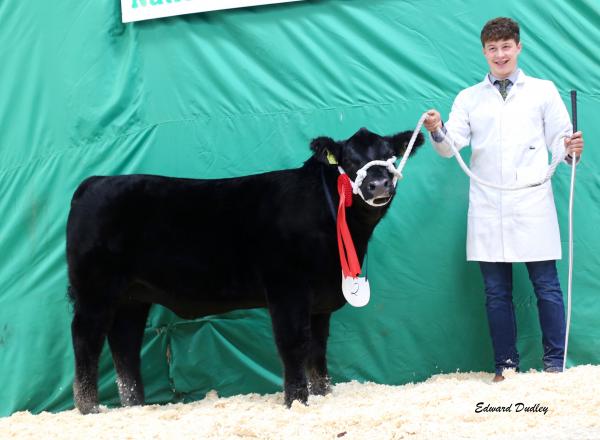 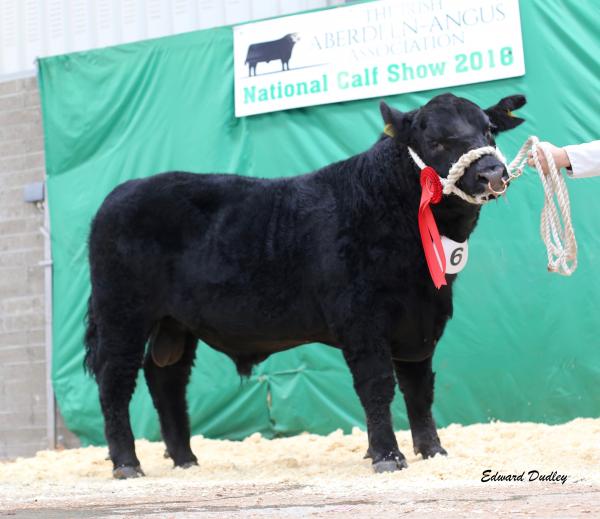 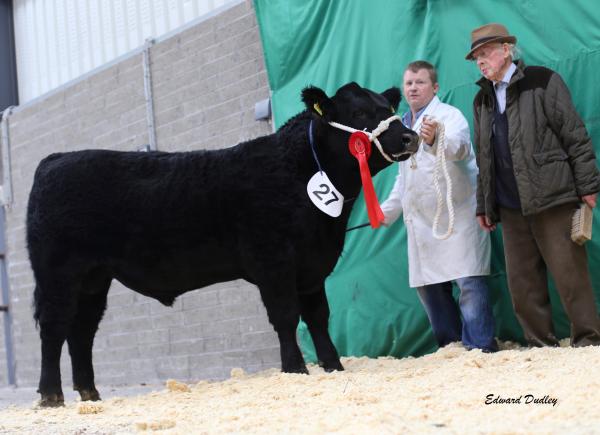 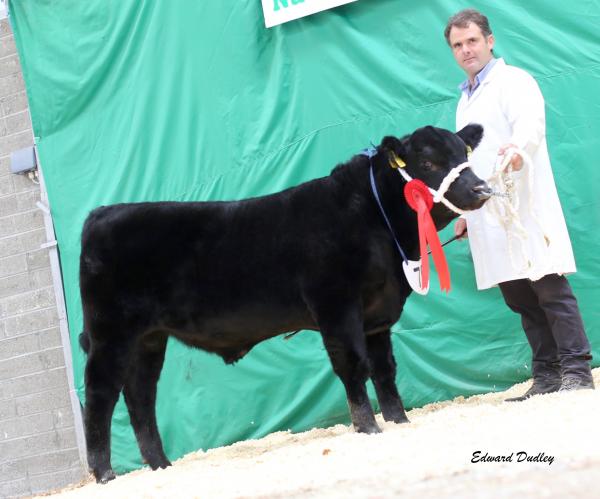 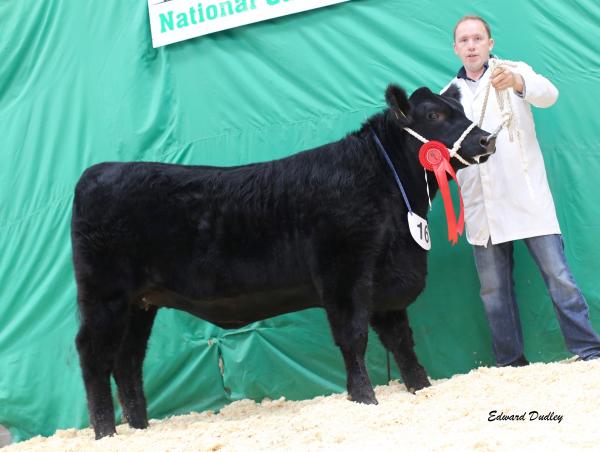 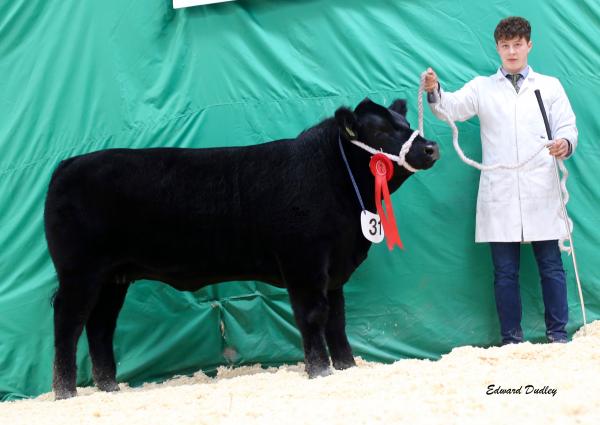 4th: Mark Beirne’s The Grove Rona by Carrington Park Time On B7 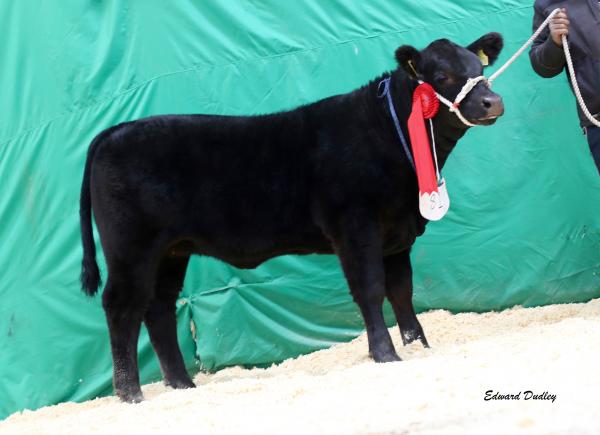 On the back of the success of this year’s national Aberdeen-Angus calf show, the Irish Aberdeen-Angus Association now turns its attention to the upcoming autumn sales season, with its premier sale of bulls and heifers taking place at Carrick-On-Shannon mart on Saturday, November 10th. It is expected that over 30 lots will be on offer in total, with many four and five star cattle and easy calving bloodlines from the best-known herds in the country going under the hammer. Entries are now being taken, and for more information please contact the Irish Aberdeen-Angus Association office on 071 9632099 or email irishaberdeenangus@eircom.net as soon as possible. 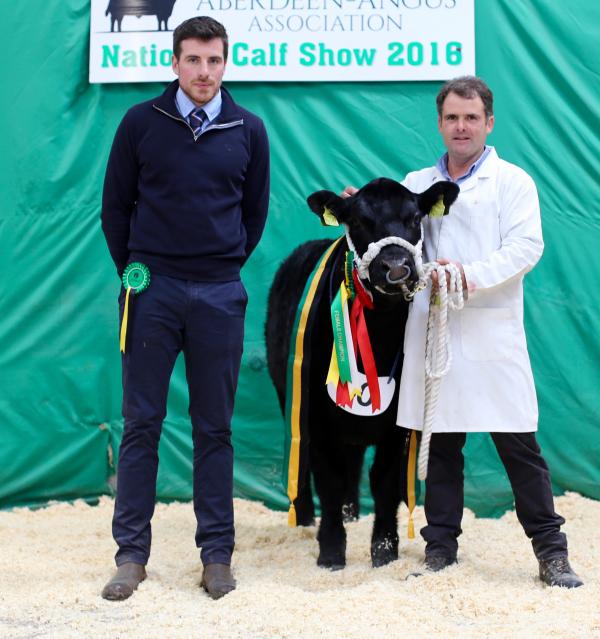 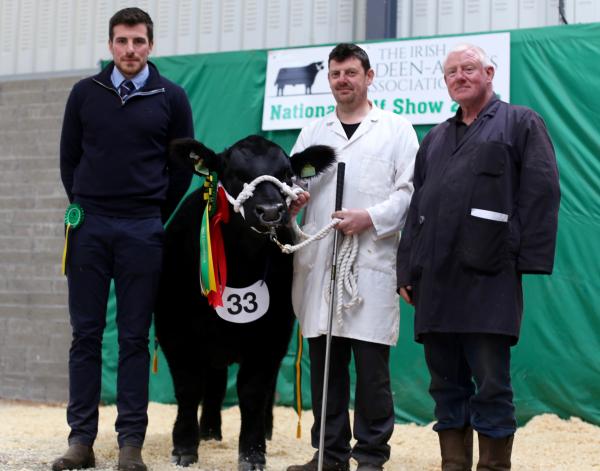