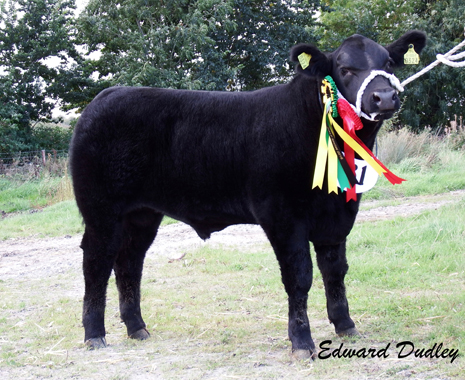 The 2016 Irish National Aberdeen-Angus Calf Show took place at the GVM Arena, Tullamore, with an overall entry of more than 70 calves catalogued. The annual calf show is the last premier event on the Irish showing calendar and judge Nigel Matchett of the Birches Aberdeen-Angus herd, Portadown, Co. Armagh, described the quality of the stock present as exceptional

Matthew and Rita Goulding, Kilmore, Ballyduff, Tralee, Co. Kerry, capped a tremendous 2016 show campaign by clinching the overall male championship with their eight month-old bull calf, Goulding Proud Boy N746 (pictured above). This one had previously won the overall junior championship at the All-Ireland Aberdeen-Angus finals at the Royal Meath Show last month, as well as the reserve overall male championship at the National Livestock Show, Tullamore, last August. He is sired by the UK bred stock bull Abberton Eminem M285 and is out of Darima Pamela 1372.

JJ and Cathal McCormack, Steil, Tulsk, Co. Roscommon, took the reserve male championship with their bull calf, Steil Navigator 324 (pictured below). One of the youngest bulls exhibited on the day, this one was born in April 2016 and is by the UK bred stock sire, The Moss Kriss L128.

Meanwhile in the female classes, Thomas Mulligan and family, Currycramp, Dromond, Co. Leitrim, emerged victorious, winning the overall female championship with Clooncarne Nicky (pictured below). Born in January 2016, this one is by the Northern Irish bred bull, Baronagh Producer N662. This young calf is no stranger to success on the Irish show circuit having notched up an impressive seven first prize wins during the summer months, including a class win at the National Livestock Show, Tullamore. 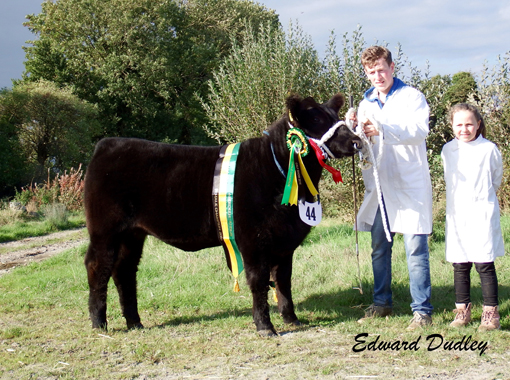 The reserve female champion came from the same class as the champion in the form of Millbawn Nancy (below), exhibited by Conor Craig and Amanda Bogan, Coolarty, Edgeworthstown, Co. Longford. This January 2016-born calf is by the new AI bull Cudlobe Millennium 12M and is out of Knockadrinan Bridget L530. 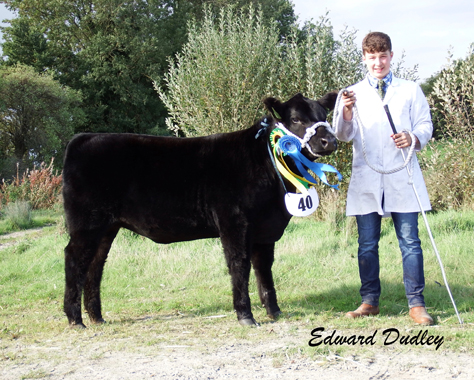 Judge Nigel Matchett described his championship line-up as tremendous examples of the breed and a credit to their respective exhibitors. 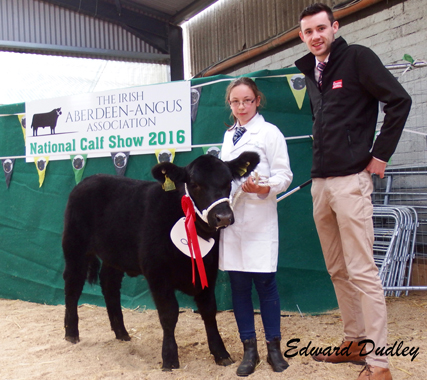 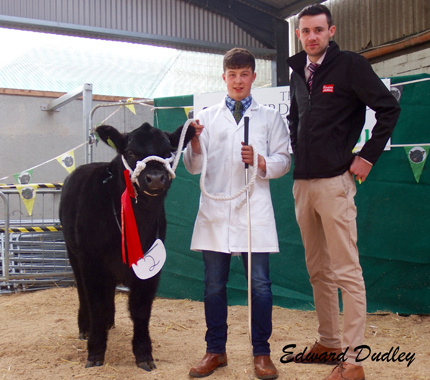