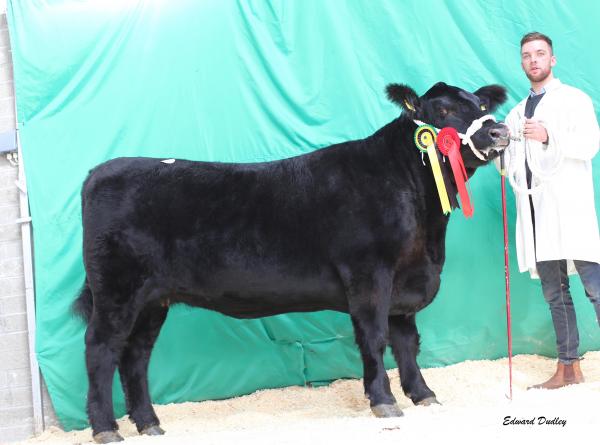 It was a day to remember for Matthew & Rita Goulding, Kilmore, Ballyduff, Tralee, Co. Kerry at the Irish Aberdeen-Angus Autumn Premier Sale in Carrick-On-Shannon over the weekend with their offering of three heifers selling to an average of €4970, topping the entire sale and sweeping the board in the pre-sale show, clinching both championship rosettes.

The sale leader, Goulding N Missie 808, attracted tremendous interest all day long and after several minutes of intense bidding in the sales ring was eventual knocked down at €6100 to top the day’s trading. This 26 month old heifer is due to calve in the Spring and is sired by the AI bull Blelack Duke J262 and goes back to the show, Goulding Missie K415 on the dam’s side. This one also carried a 5 star replacement index and also took the reserve championship honours, under show judge, Mr. Thomas F. Beirne of the Drumbeera Aberdeen-Angus herd.

Another in-calf heifer from Matthew & Rita Goulding’s Goulding Aberdeen-Angus herd, Goulding Pamela 834 took the second highest price of the day, selling for €4500. This 21 month old heifer is due to calve in February 2019 and is sired by the AI bull, Nightingale Proud Jake G405 and also carried a 5 star replacement index. This one sold to new breeders Gordon & Rachel Elliott of the Minran Aberdeen-Angus herd, Armagh, Northern Ireland. 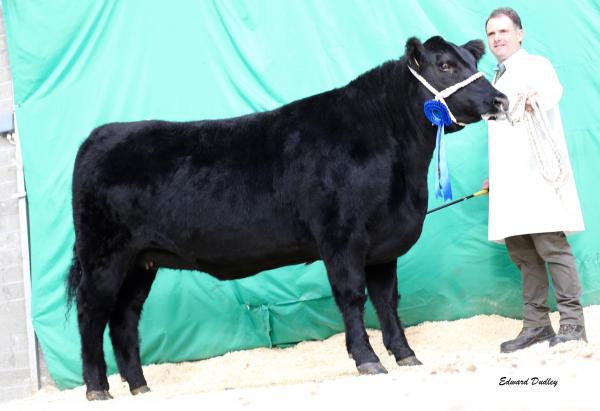 The day’s supreme female champion, Goulding Belinda U906, also exhibited by Matthew & Rita Goulding, sold for the day’s next best price at €4300. This stylish young calf was just 10 months old on the day of sale and had compiled a highly impressive list of show results during 2018, claiming the supreme female championship at the National Aberdeen-Angus Calf Show and a 1st prize win at the All-Ireland Aberdeen-Angus Championships too. This 4 star heifer is sired by the AI bull, Goulding Man O Man and is out of a Nightingale Papa A069 daughter. This one was also exported to Northern Ireland and buyer here was Cathy O’ Hara of the Innisfayle Aberdeen-Angus Herd, Ballymena, Co. Antrim. 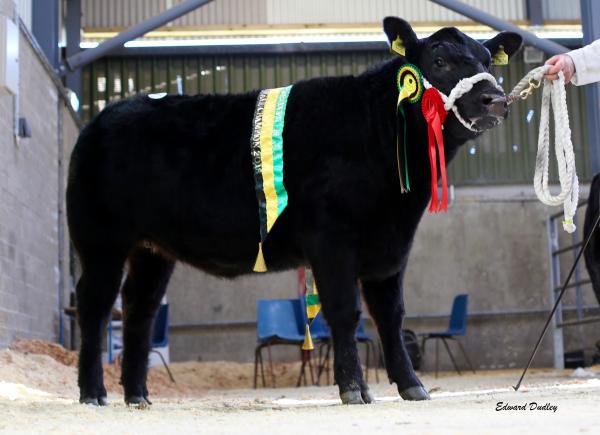 Rounding out the principal prices of the day in a very in-demand female section were Dermot Lynch & Josephine Byrne, Tomriland, Laragh, Co. Wicklow who sold the in-calf heifer, Tomriland Esmerica T318 for €3000. This 5 star heifer is due to calve in Spring 2019 and is a maternal sister to Tomriland Esmerica U348 who won the best junior heifer calf prize at the recent Connaught/Leinster Aberdeen-Angus Club herds competition awards. This one sold to new breeder, Niall Conaty, Ballyhaise, Co. Cavan.

Turning to the male section, the top male price went to Albert & Jennifer DeCogan, Killamuckey, Castlemartyr, Co. Cork who sold Mogeely Jerry T534 for €3900. This 5 star bull had barely turned 12 months of age and was one of the youngest bulls catalogued for sale. Another prolific winner from the 2018 show season, this one had previously claimed a 1st prize win at the National Livestock Show, Tullamore as well as taking the Munster Junior Bull of the Year title. This one took the reserve supreme male championship in the pre-sale show and is a son of herd stock bull, Wedderlie Oscalade R250. 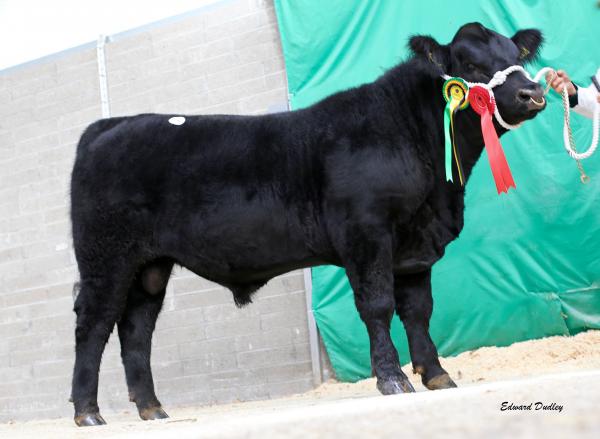 Albert & Jennifer DeCogan also secured the second highest price in the male section, selling Mogeely Dreamer T534 for €3500. Another 5 star bull on both replacement and terminal index traits, this one was born in September 2017 and was a 2nd prize-winner in the pre-sale show. This one sold to well-known pedigree breeder John McEnroe of the Liss Aberdeen-Angus herd, Oldcastle, Co. Meath. 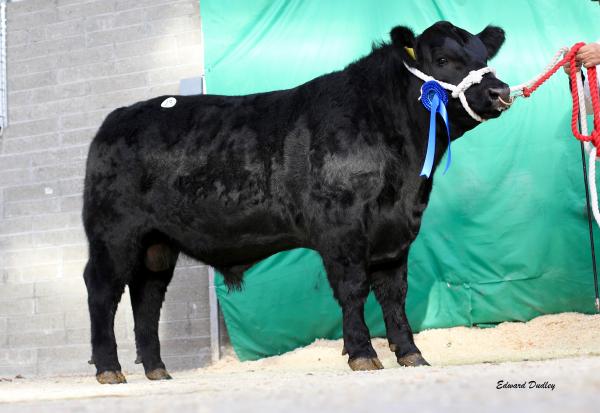 The supreme male championship was awarded to Luddenmore P313 Fury from Michael Sheahan, Luddenmore, Grange, Kilmallock, Co. Limerick. This one failed to meet his reserve in the sales ring and was unsold. 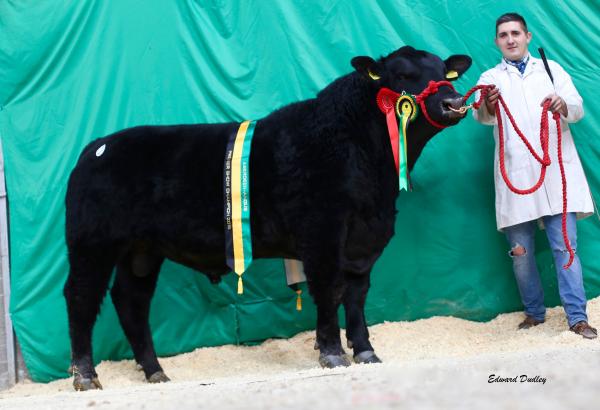 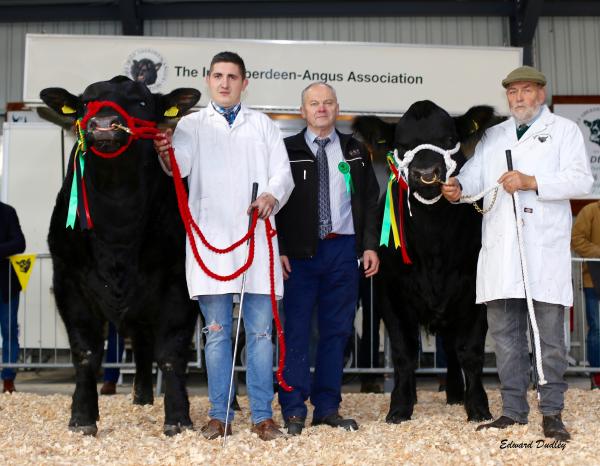 Overall, females were in particularly high demand with heifers averaging an incredible €3450 (a massive increase of over €1000 on last year’s average of €2400) at a very healthy 70% clearance rate. In keeping with market trends across all breeds, the offering of bulls couldn’t quite match the females in terms of clearance but still managed a satisfactory average price of €2650.

Other photography from the event: 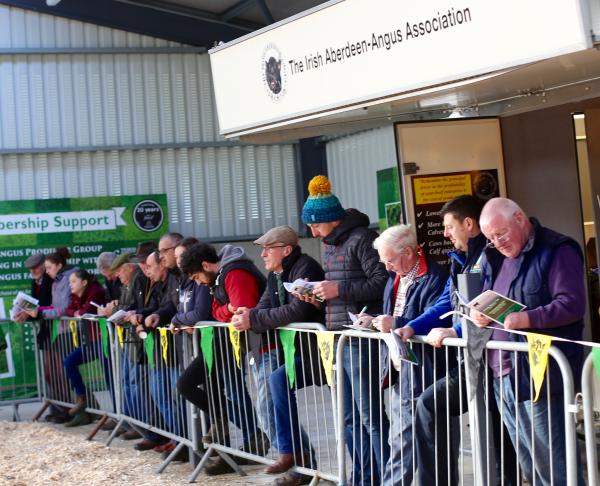 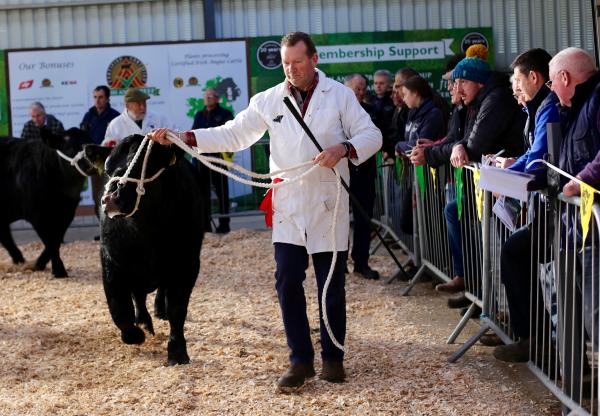