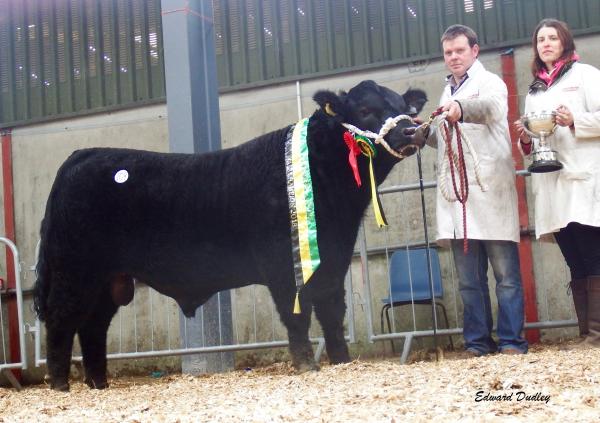 The first major sale of Aberdeen-Angus bulls in the Republic of Ireland of 2018 saw a top call of €4700 at Carrick-On-Shannon over the weekend. A large entry of over 70 pedigree Aberdeen-Angus bulls resulted in a clearance of just over 50% with buyers proving to be selective on the day.

Sale leader, Corlismore Proud Boss S897, exhibited by Sean McKiernan, Corlismore House, Corlismore, Co. Cavan sold for the day’s top price of €4700. One of the youngest bulls offered for sale at just 13 months of age, this yearling bull also took the supreme Aberdeen-Angus championship honours in the pre-sale show. He is sired by Rawburn Boss Hogg N630 and is out of a homebred dam by Aynho Rossiter Eric B125.

Frank McKiernan, Drumcrow, Corlismore, Co. Cavan secured the next best price of the day in the Aberdeen-Angus section, selling the 19 month old Drumcrow Philadelphia S659 for €3500. A son of the homebred Drumcrow Joker, this one is out of a Netherton Mr Brazilian E377 dam and was a 2nd prize winner earlier in the day.

Rounding out the principal prices in the sales ring were Eustace & Deirdre Burke, Ballyginnane, Carrigaline, Co. Cork who sold Clontead Black Bionic S226 for €3000. Another Rawburn Boss Hogg N630 son, this 15 month old bull was a prize-winner in his class and is out of an imported dam, Wedderlie Blackbird L263.

The reserve Aberdeen-Angus championship was awarded to Amanda Bogan & Conor Craig, Coolarty, Edgeworthstown, Co. Longford with Millbawn Apollo T229. This bull failed to meet his reserve in the sales ring and was unsold. 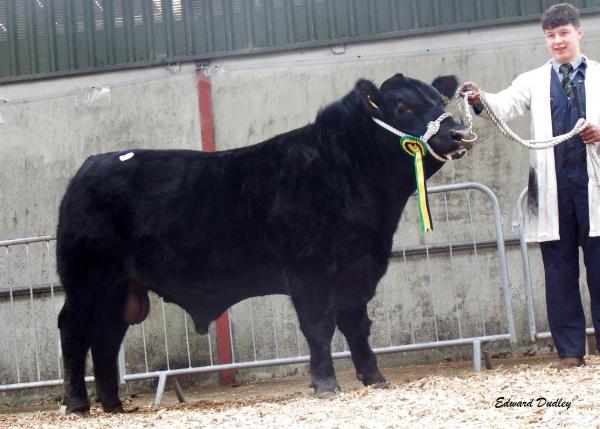 The next sale of pedigree Aberdeen-Angus bulls takes place at Carrick-On-Shannon on Saturday, March 10th. 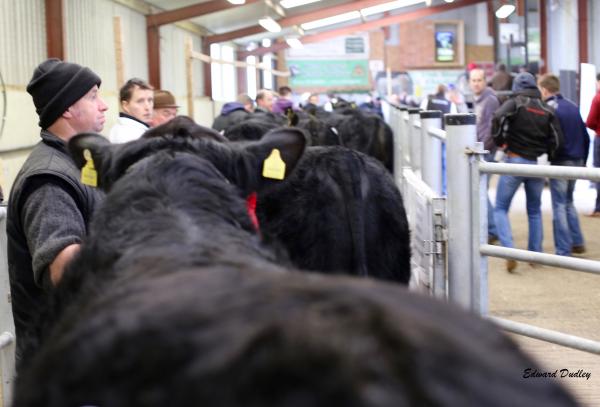