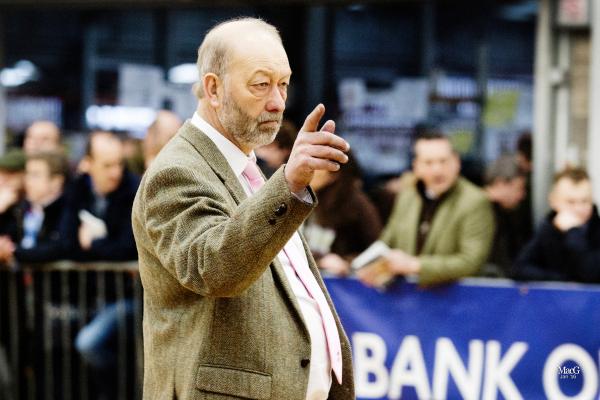 Ringsides were packed today in Stirling for the official February show and sale with a strong audience throughout the rings to watch Aberdeenshire-based Mark Wattie lead the way today under judge John Lohoar of Glenbervie Estate, take the overall championship with Wattie family’s April 2014-born Tonley Evor P044.

This son of senior stock bull Blelack Evor H929 stood intermediate champion and is out of the Hurdcott Elixir E215 daughter, Tonley Elma K755 and carries a TSI of +44 and a SRI of +46. Commenting on his champion, Mr Lohoar said this bull was a tremendous example of the breed with great stature, frame, locomotion and structure. “I like the way he paraded from his first class and is just the type of bull required to suit the commercial market place. I was looking for a bull that I would have as a stock bull and one that is capable of producing that ideal R4L 365kg carcass.” 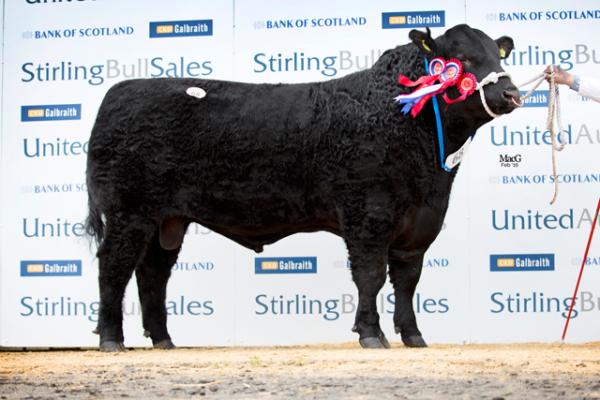 Following through from clinching the reserve intermediate title to take the reserve overall was Richard Rettie at the halter of John and Teena Gilmour’s May 2014-born Belhaven Quebec P098 (lot 105). By Billinge Magic Jack Eric M176, he’s out of the KMK Alliance 6595 daughter Belhaven Quintessence J112. 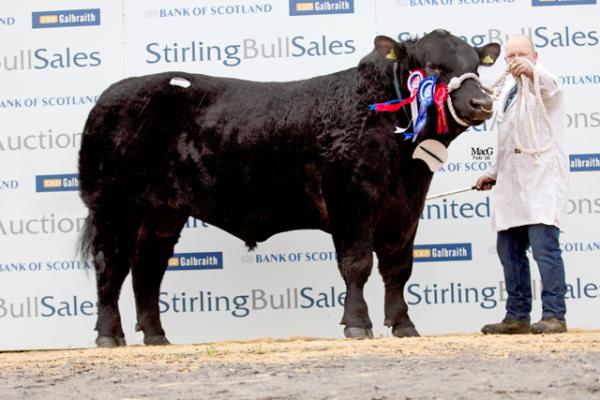 Prior to the overall championship, the senior top spot went to Ballindalloch Home Farms with Ballindalloch Edward P428 (lot 5). By Haymount Willinger K992, this one is out of the Carlhurlie Gret Start C353 home bred daughter Ballindalloch Eliza L350 and was male champion at the Black Isle last summer. 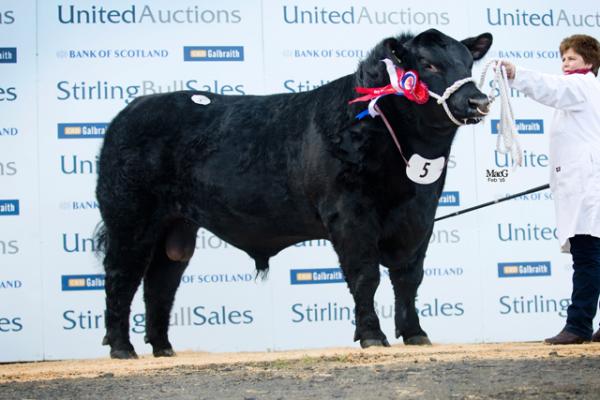 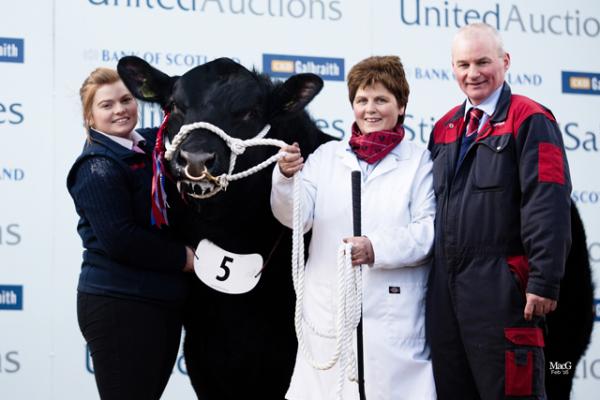 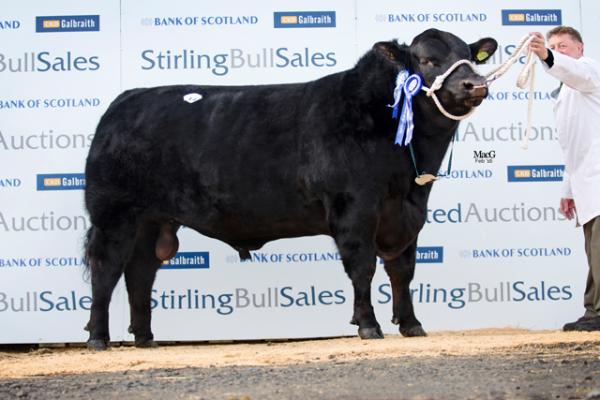 Then in the junior section it was Graeme Massie at the halter of Blelack Mr Braveheart P411. This is the first son to be offered by stock sire Warrenho Emperor M425, owned in partnership with the Tonley herd, is out of the Blelack Equity J127 daughter Blelack Miss Bangle L753. Mr Braveheart was junior champion at Turriff and reserve champion at the Black Beauty Bonanza. 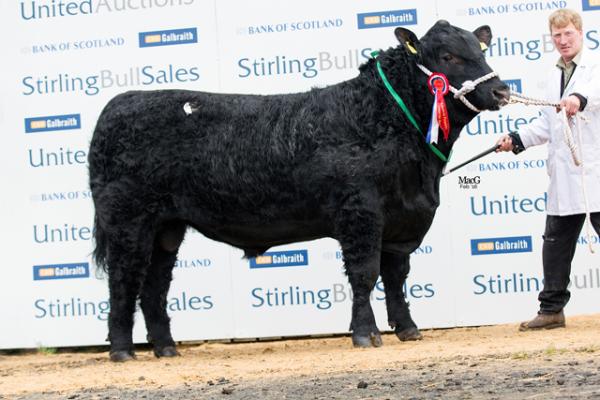 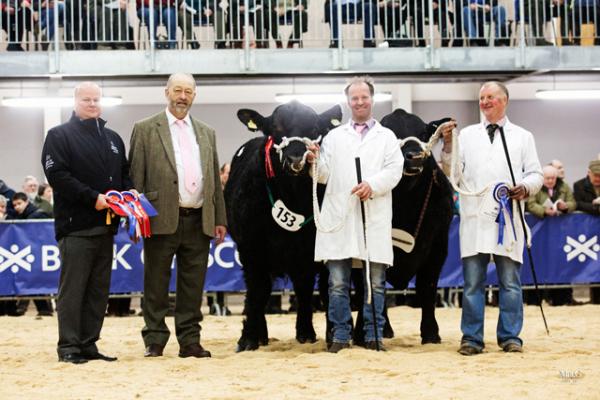 Prior to the bull judging this morning, John Lohoar found his female champion in the form of Skaill Diana P998 from Colin Davidson. This April 2014-born heifer is home bred on both sides being by  Skill Double Willieboy K392 and is out of a Blelack Blacked J160 daughter. This one is PD’d in calf to Rawburn Boss Hogg. 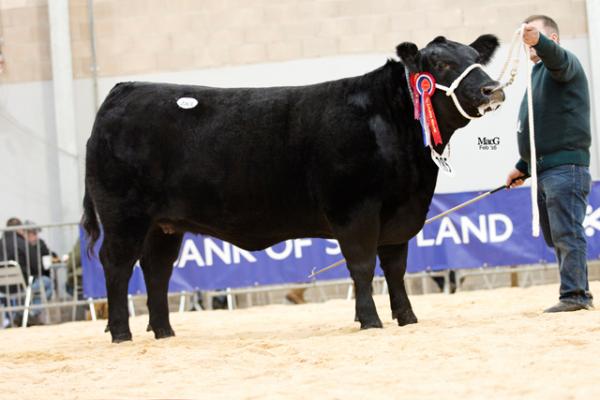