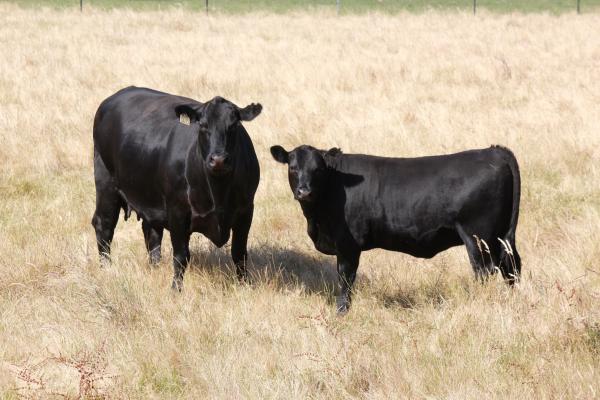 As a new feature that we’re looking at introducing on a frequent basis, we’ll be looking at exploring the Aberdeen-Angus breed overseas and getting an insight into our great breed from our friends and colleagues around the world. On this occasion, we’ve been speaking with Diana Wood of Angus Australia, who’s helped us put this piece together along with Peter Parnell and Libby Creek of Angus Australia, giving us a great, informative angle on the Aberdeen-Angus in Australia.

‘The first record of black cattle imported into Australia was of 8 black cattle that were unloaded at the Hobart Town docks in Tasmania on the 20th January 1824. These cattle were then taken to Dennistoun the property of Captain Patrick Wood, near Bothwell.’

‘They were widely regarded as the first cattle to come to Australia of a type similar to those that formed the Aberdeen-Angus breed in the following 60 years. The genes of these early cattle remain in the Edgell family’s Dennistoun Angus herd today, and it remains the oldest property to continuously run Aberdeen-Angus cattle in Australia.’

‘One of the greatest catalysts for the development of the Aberdeen-Angus breed in Australia was the formation of a society in 1919. When the first herd book was published in 1922, it listed 14 members from every state except South Australia. It included 65 bulls, 313 cows, and a number of cattle in the appendices.’

What sets Aberdeen-Angus apart from other breeds in Australia?

‘Aberdeen-Angus is the most widespread and keenly sought after temperate beef breed in the world. This popularity is due to the greater profitability achieved by using Aberdeen-Angus compared to other breeds. Here are some of the reasons why beef producers are choosing Angus in Australia:

‘Market Demand and Versatility – the cattle receive price premiums due to consistent performance in a range of markets. The beef is widely used for the domestic retail and quality food service markets and is preferred by many export markets. The cattle are well known for their tremendous market versatility.’

‘Additionally, producers are choosing Aberdeen-Angus in Oz is because of their superior fertility and maternal ability, along with their ability to consistently produce the finest high-quality beef. Their  hardiness and efficiency, all-round balance and large documented gene pool also shape the reasons why Australians love the Aberdeen-Angus breed.’

‘The future for the Aberdeen-Angus breed in Australia is bright. ‘

‘Dr Peter Parnell, Chief Executive Officer of Angus Australia has highlighted that confidence in the beef industry is an at all time all high.’

‘‘Coinciding with the escalation of the value of commercial cattle, the record sale prices for high quality seedstock across all breeds is very positive for the beef industry. In the Angus breed we have consistently seen record sale clearances and average prices achieved for breeders of well recorded registered bulls. This is a positive reward for those breeders who have invested in the long-term genetic improvement of their seedstock for performance traits valued in the beef value chain – such as growth, marbling and yield’, said Dr Parnell.

‘The demand for Aberdeen-Angus genetics is strong, with current trends indicating that the demand is increasing each year and as the breed continues to make outstanding rates of genetics improvement, the cattle will continue to be sought after.’

A big thank you is extended to Diana, Peter and Libby at Angus Australia. It’s always great to hear about success stories of our breed overseas, and we look forward to sharing more with you in the near future.