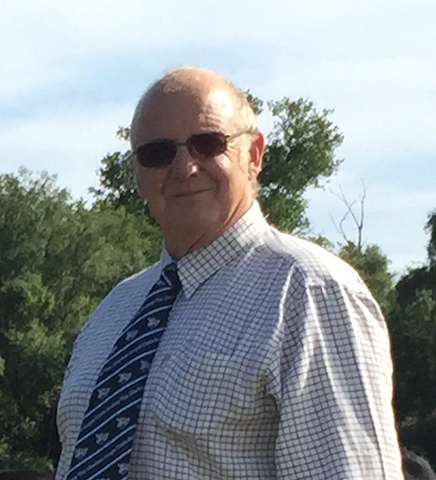 The Sunoak herd, owned by Keith Booker from Horsham in West Sussex, has been recognised by AHDB Beef and Lamb as the Most Improved Herd of Aberdeen-Angus cattle in England for 2015.

The award is presented by the AHDB Beef and Lamb Better Returns Programme (BRP) to the recorded herd that shows the greatest genetic gain for commercial characteristics over a 12-month period. There is a separate award for each of 10 UK breeds.

Since it was established in 2002, the Sunoak herd has been improving and is close to reaching Keith’s goal to produce high-quality bulls for pedigree breeding every year from the 25-cow pedigree herd.

Keith historically ran a 40-cow commercial suckler herd on the 48ha farm. But his ambition was to run a pedigree closed herd and he considered a number of breeds before deciding the Aberdeen-Angus was the right choice for his farming business.

“Many of the breeds were too big,” says Keith. “Then I saw some Aberdeen-Angus heifers and liked them, but before deciding I looked at what the breed society was doing. I liked that it was progressive and it was building a brand that was recognisable around the world. The initiatives it had helped convince me to go for them.

“They have turned out to be everything I wanted and more. They are docile, even the bulls are easy to halter train. They also calve easily and it’s vital for me to get a live calf from every cow every year.” 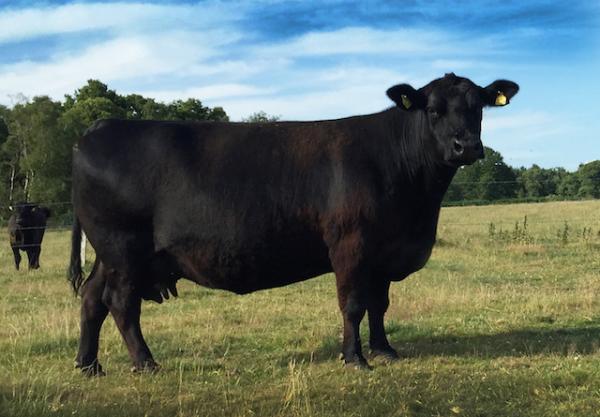 The herd began with four in-calf heifers, followed by five third-calvers the following year. Since then the herd has been closed, except for buying a stock bull every three years.

“The first females had no index or Estimated Breeding Value (EBV) figures, but after a couple of years I started performance recording to be able to get figures to help with breeding decisions,” Keith explains.

“My first priority was to achieve a high health status herd, with the help of the Livestock Partnership Vets.” The herd was blood tested and has accreditation for all the major diseases, to ensure a healthy herd.

Then Keith was keen to breed a better herd and the awareness of EBVs among people buying bulls was also increasing, so as well as performance recording, he began selecting bulls to use on the herd based on their figures.

“I had bought traditional Aberdeen-Angus females, so increasing the size of cows was the first thing I wanted to address, so I was looking at EBVs for growth.”

At first he selected high-growth bulls to use via artificial insemination (AI), then he bought the bull Waterfoot Bonnie Lad, who was a son of King 2nd of Delmore. “He put the size in the herd,” says Keith.

“Then I wanted get some length into them to meet the demand from butchers, so the next bull, Rosemead Bagshot, was bought to do that.

“Once that was done I wanted a cow that would produce plenty of milk to work well. So the more recent bull bought Warrenho Razzle, an Ankonian Elixir 100 son and AI bulls used have all scored over 15 for milk, against a breed average of nine. In particular, I’ve used Ardrossan Admiral and Netherallan Peter Pershore, both of which have a good overall index, as well as being good for milk and easy calving.

“I have also used Rawburn Edge for AI because he has great shape. He produces great progeny with tremendous size, shape and growth and I have kept some heifers from him and Admiral. These heifers will be served by a son of Peter Pershore bred on the farm, who offers incredible milk.”

Keith continues to improve the female lines in the herd, with the aim of them all having an index in the top 25 per cent of the breed. He plans to continue to use AI sires on the herd.

However, before long, his focus will switch to producing pedigree bulls for sale to pedigree breeders, although he already has a good market for his bulls from dairy and commercial beef herds.

Typically, he has been selling eight or nine bulls a year, which are above the breed average index, with some in the top 25 per cent of the breed. Last year he sold one bull to another pedigree breeder based on them seeing his index figures before they came to see him.

The commercial farmers are particularly keen to see proof of ease of calving and there is an increasing interest in their specific breeding trait figures for growth and eye muscle, he explains.

“I know the bulls have high enough EBVs for breeding at weaning, but I do take out the ones who don’t look good enough and these are sold as stores. The ones I want to sell for breeding are fertility tested and vetted before they leave the farm.”

Sales come via word of mouth, with repeat buyers coming back again. Keith has occasionally shown young stock, but he prefers to build his reputation by entering and sometimes winning herd competitions, so he does not risk the herd’s high health status.