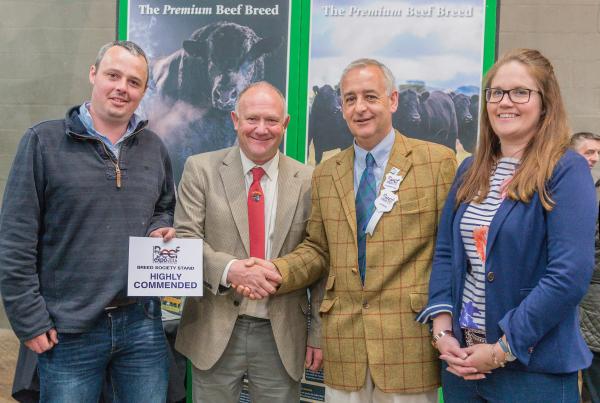 Beef Expo at Bakewell Livestock Centre saw an incredibly busy day for the Aberdeen-Angus stand, with a constant flow of enquiries throughout the day and the team coming a credible runner up in the beef breed society stand competition.

Featured on the stand was Jeremy Price’s home bred stock bull Oakchurch Equity, a heifer from Kevin Moores’ The Moss herd which is being kindly raffled off to a lucky YDP workshop participant at the Weekend Final in September and commercial Aberdeen-Angus steers and heifers from Neil Brocklehurst of Highfields Farm, Ashford, Derby, winner of this year’s Dovecote carcass competition. The stand itself was manned by Society president Tom Arnott, junior vice president Angela McGregor, the Society’s communications manager Chrissie Long, World Angus Forum co-ordinator Hazel Baxter and YDP representative Seonaid McLaren. Representatives from the PENWAC area were also on hand to provide refreshment throughout the day. 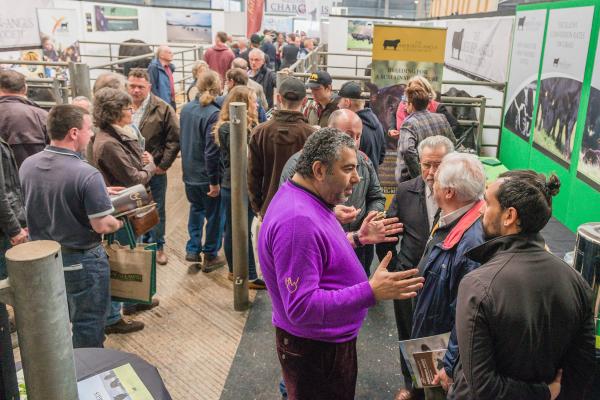 Commenting on the event, Tom Arnott said: “The stand had a strong interest and great atmosphere throughout the day with many genuine enquiries for bulls and females with added interest from the international visitors to the event. The cattle on the stand showcased all the positive attributes of the breed and were a credit to those who provided them.”

Adding her thoughts, Angela McGregor said: “It was clear from commercial beef cattle producers visiting the stand that there is a natural shift taking place to produce smaller deadweights from lower input cows. The Aberdeen-Angus fits that purpose as a true terminal and maternal breed.”

Alongside the enquiries, Aberdeen-Angus cattle were also performing well in the show ring with the baby beef reserve champion being an Aberdeen-Angus cross from Robert Elias. The July-born Black Berry is by Liss Turbo, the same sire of the recent commercial champion at Devon County Show and was bred by Berwyn Hughes, Lampeter. On show day, she weighed 355kg. 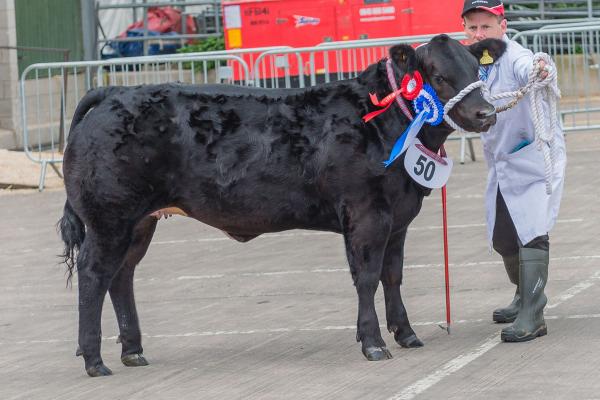