Leading the way today in Stirling having stood pre-sale intermediate and overall champion was Jonathan and Lisa Doyle’s Drumhill Lord Hatfield R532. This ET-bred Nightingale Proud Jake G405 son is out of Blelack Lady Heather J169, a Peter Pershore daughter. With a self replacing index of +50, he heads back across the water at 11,000gns with Kevin Mcoscar, Cookstown, for his Island Farm herd.

Next best at 10,000gns was the reserve intermediate and reserve overall champion, Linton Gilbertines Masterpiece R941 from the Trustees of the Late Gordon Brooke. By Rawburn Black Hawk L261, he’s out of the Riverbed Powerline daughter, Linton Gilbertines Missy L457 and has a self replacing index of +53 and a terminal index of +43. This one also sold to Northern Ireland, this time with Messrs Kelly, Limavady, Co Londonderry. 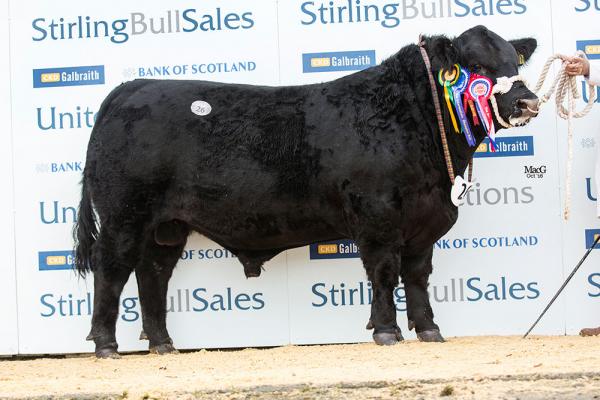 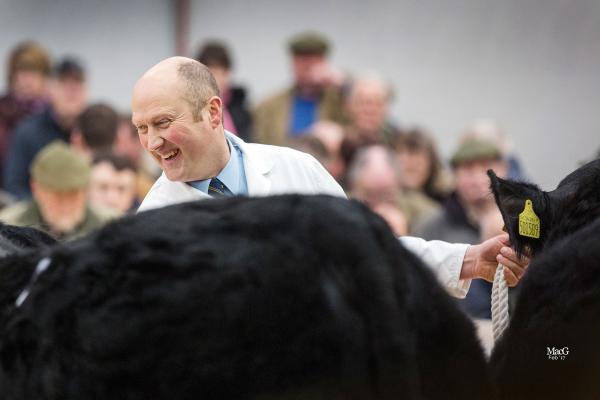 Then trading at 9000gns were Neil and Mark Wattie with Tonley Podolski R162, one of the first sons of the October 2013 champion Warrenho Emperor M425. This one is out of an Ankonian Elixir sired home bred daughter and carries a self replacing index of +44. This one was knocked down to Prendwick Farm, Alnwick, Northumberland. 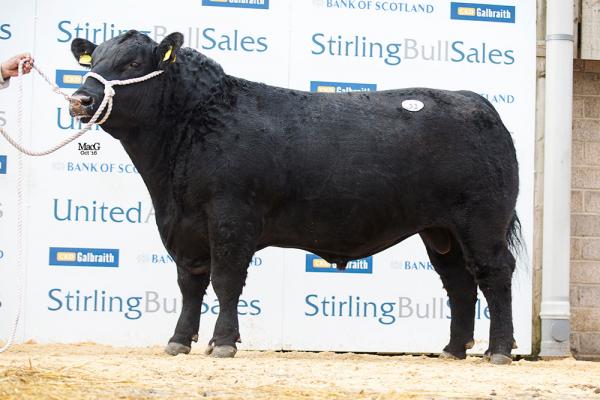 At 8200gns was the junior champion, Duncanziemere Jura R139 from the Clark family. By the previous Royal Highland interbreed champion Rawburn Jester Eric J034, he’s out of a home bred Auldhouseburn Karlos daughter. Snapping this one up was Tillyfour Farms, Inverurie. 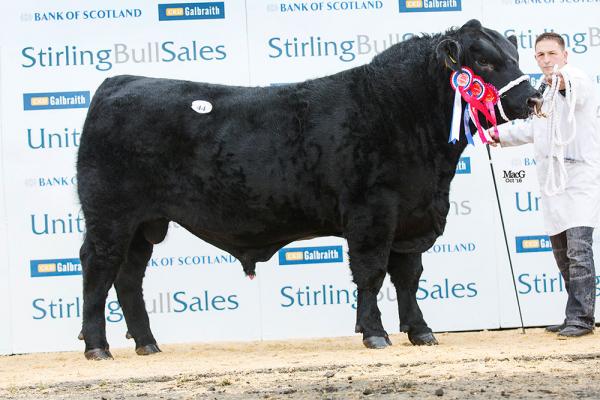 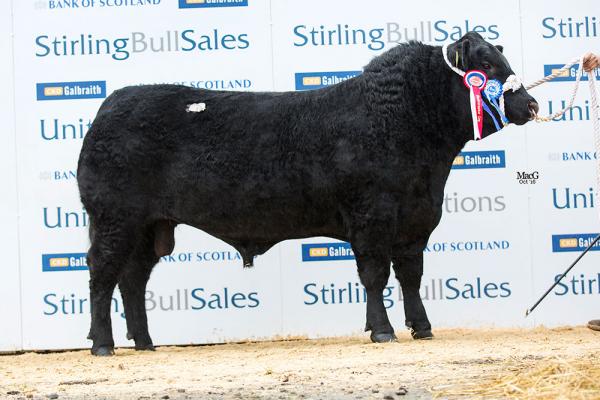 Then up at 6200gns was the first lot in the ring, a senior bull from Neil and Mark Wattie, Tonley Jose Enrique N957. By Blelack Equity J127, he’s out of a Nightingale Ernie B133 Blelack-bred daughter and found a new home with Messrs Dobie, Gorebridge, Midlothian.

Then sticking with senior trade, at 5800gns was Culrain Fugaro P590 from the Henderson family. By Hallington Evolution K281, he’s out of a home bred daughter by Culrain Patriarch E231 and was knocked down to Kevin Moores for The Moss herd, Formby. 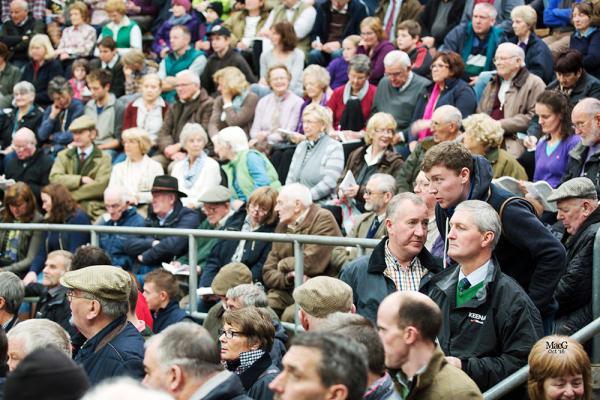 Three bulls then shared a 5200gns price tag, the first being Linton Gilbertines Black Bonzo R917, a second placed Rawburn Black Hawk L261 son selling to Messrs McMillan, Isle of Islay, while the next was the second placed Rulesmains Black Rebel R652 from Andrew Hodge. This one is a Hallington Edition M362 son and joined a few bulls sold to the Scottish Government Bull Stud, Inverness. Also at that money was the next best from the Wyddial team in the form of the Lockerley Legolas G850 son, the reserve junior champion. This one sold to Pitgavenny Farms, Elgin, Morayshire

At 5000gns was the senior champion, Drumhill Lord Hampton R414, from Jonathan and Lisa Doyle. This Peter Pershore son is out of Blelack Lady Heather E169 and sold to the Nightingale herd of the Robertson family, Pershore, Worcestershire. 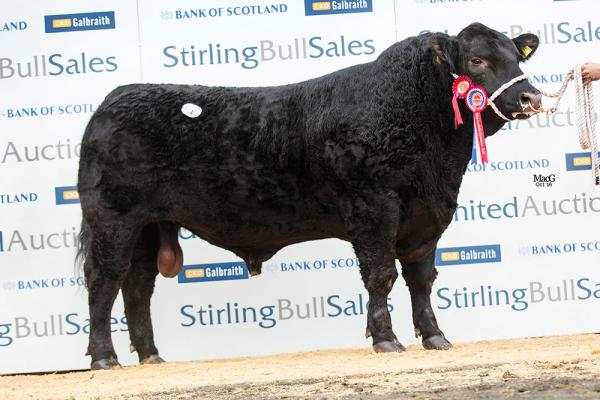