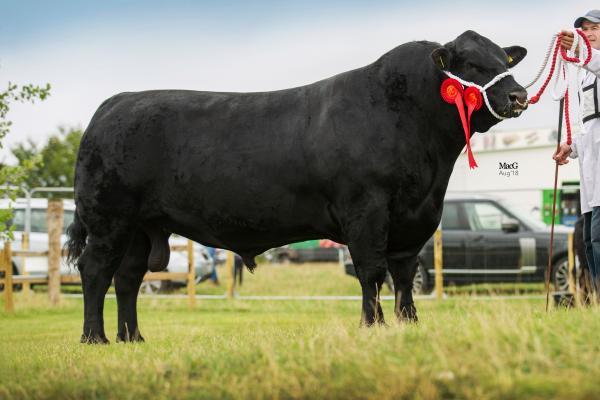 The FBD National Livestock Show in Tullamore took place last weekend with a total entry of over 100 Aberdeen-Angus cattle catalogued across 16 different classes. The largest one-day show in the country, this year’s event saw 60,000 spectators descend onto the spectacular 260 acre show site in Blueball just outside the town of Tullamore in the heart of the midlands. A three-way panel of joint master judges officiated over the Aberdeen-Angus section on the day, with Mr. Robin Lamb of Richhill Aberdeen-Angus, Mrs. Dawn Miller Wilson from Canada and Mr. Michael Horan of Coolcran Aberdeen-Angus taking on judging duties this year.

The supreme Aberdeen-Angus senior championship was awarded to Pat & Finbarr Cahill, Shankill Lower, Cavan, Co. Cavan with their three year old stock bull, Drumhill Lord Harry R635. This bull took the reserve All-Ireland Aberdeen-Angus championship at Newry Show in 2017 and was described by the judges as “a perfect specimen of the breed” and topped a tremendous section of senior cattle to secure the supreme senior championship. This one is sired by Nightingale Proud Jake G405 and is out of Blelack Lady Heather J169 and drew many compliments from the packed audience of spectators ringside.

The reserve championship in the senior section went to Conor Craig & Amanda Bogan, Millbawn, Coolarty, Edgeworthstown, Co. Longford with their junior cow, Millbawn Nancy. This two year old cow was shown with a prize-winning Spring 2018 born heifer calf at foot and had previously been awarded the junior champion at last year’s Tullamore show. The cow is sired by Canadanian AI bull, Cudlobe Millenium 12M and was one of the youngest females to be shown with a calf at foot on the day. 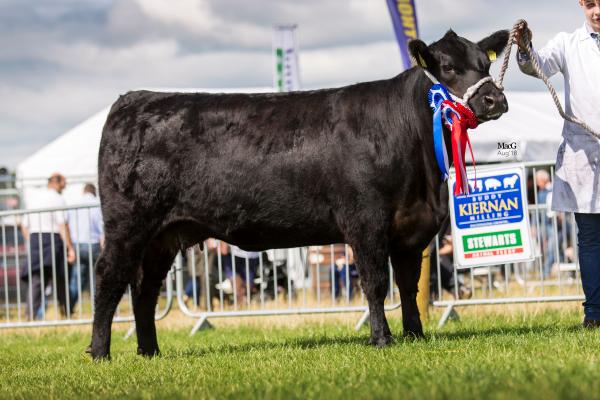 Albert DeCogan, Killamuckey, Castlemartyr, Co. Cork secured both the reserve female and reserve male championships in the senior section with Knockadrinan Blackbird P599 and Cheeklaw Jake Eric R535 respectively. The former was recently awarded the 2018 Munster Provincial Trophy and was shown with a prize-winning Autumn 2017 born heifer calf at foot, whilst the latter is sired by Cardona Proud Punch L752 and was last year’s supreme senior champion at Tullamore Show. 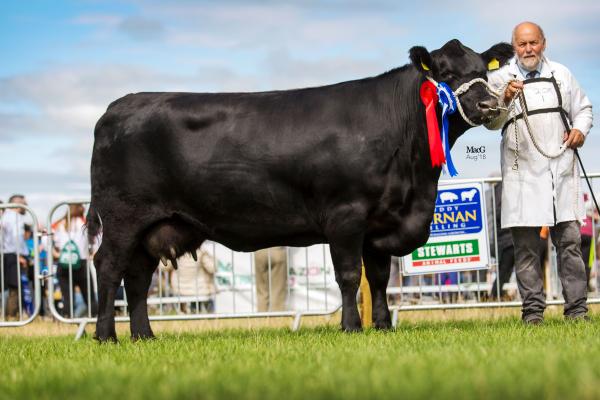 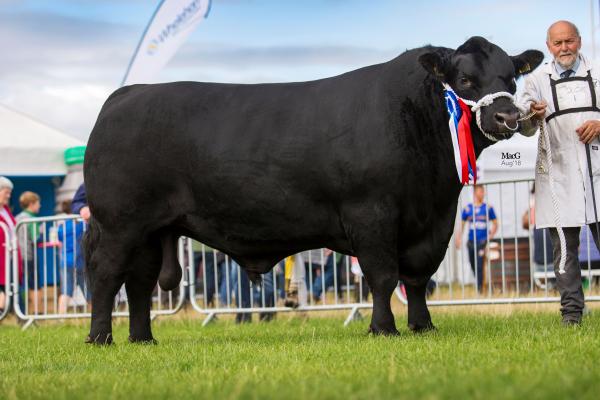 John McEnroe, Liss, Oldcastle, Co. Meath emerged victorious in a fiercely contested junior section, winning the junior championship with the senior heifer, Liss Kim S641. This one is sired by Te Mania Berkley B1 and is an embryo daughter from the Scottish-bred donor brood cow, Halbeath Kim E152 – who is sired by Blelack Telestar A240. The junior section, which was kindly sponsored by Angus Beef Ireland, offered substantial prizemoney across both male and female sections and attracted a tremendous entry of top quality youngstock. 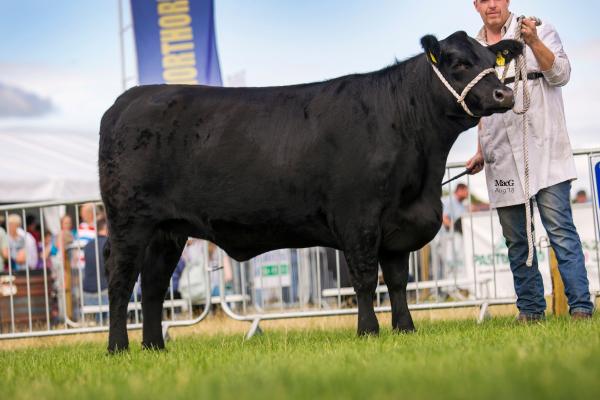 One of the youngest exhibits at this year’s show, Knockmountagh Robert from Eamon & John McKiernan, Newtown, Monasterboice, Drogheda, Co. Louth took the reserve junior championship. This one was born in February 2018 and is sired by Rawburn Jagger Eric R094 and was out of a homebred dam. This young calf had previously been awarded the overall junior male championship earlier in the day. 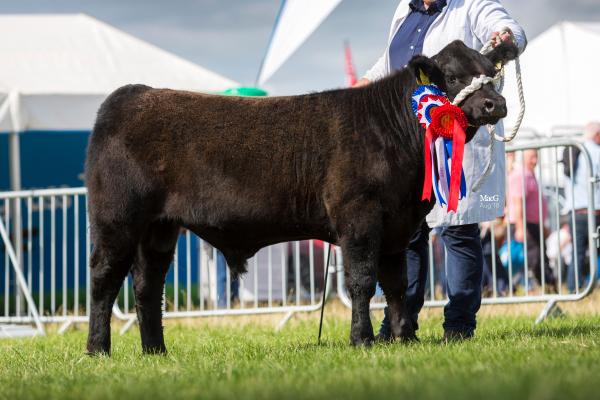 The reserve junior male championship also went to a 2018 born calf with Knockadrinan Rob from Tom Reynolds, Knockadrinan, Johnston’s Bridge, Bornacoola, Co. Leitrim securing the reserve junior title. This young bull was born in March 2018 is a son of Liscahill Donall J310 and is out of Bohey Georgina.

Meanwhile, the reserve junior female championship was awarded to Bernard Kerins, Carnaree, Ballymote, Co. Sligo with the September 2017 born heifer calf, Kerins Perkemi. This one was a 1st prize-winner at several shows this summer and is a daughter of the former All-Ireland Aberdeen-Angus reserve supreme champion, Kerins Kemi and is sired by Bunlahy Kojack. 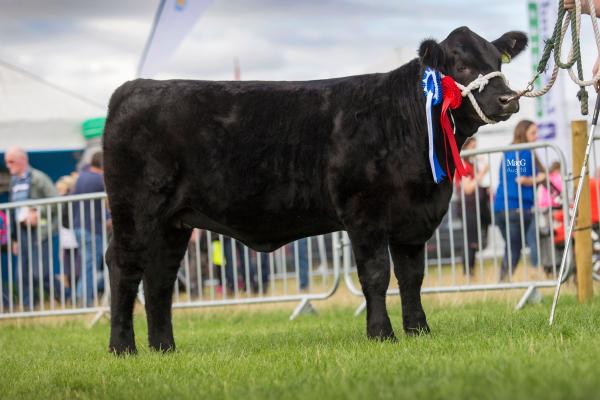 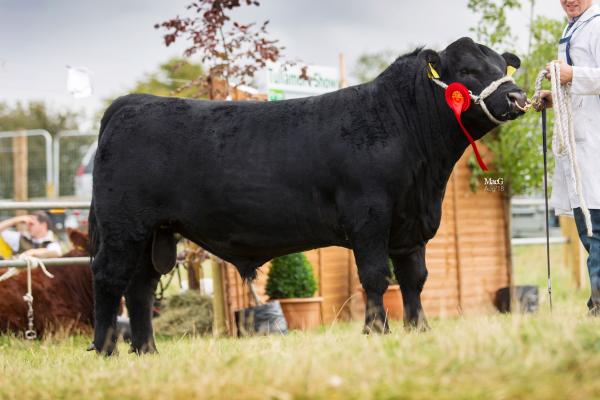 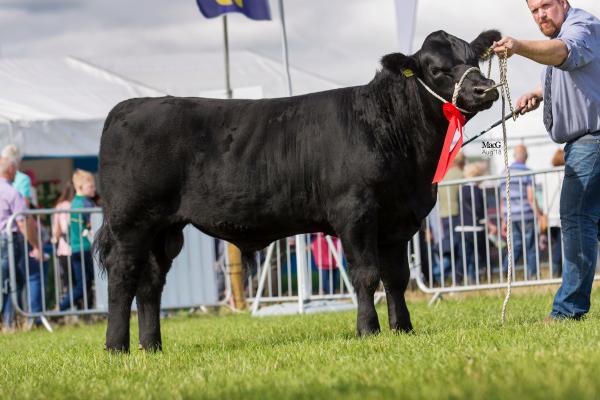 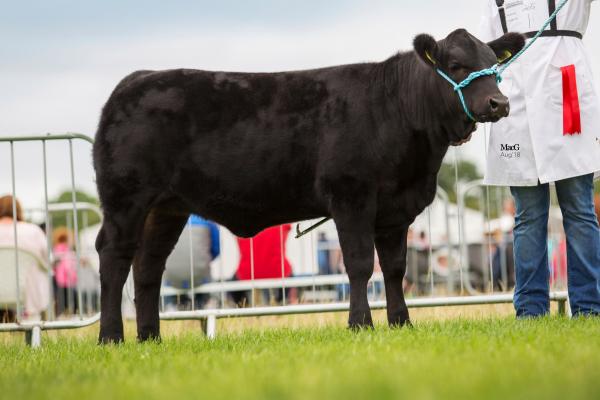 Shown below is winner of the best pair class: 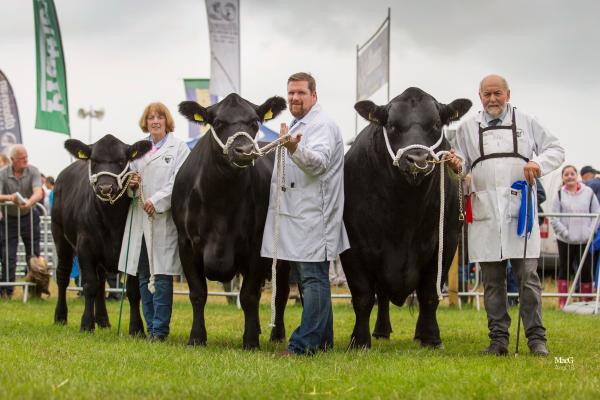 Other images from the day are shown below: 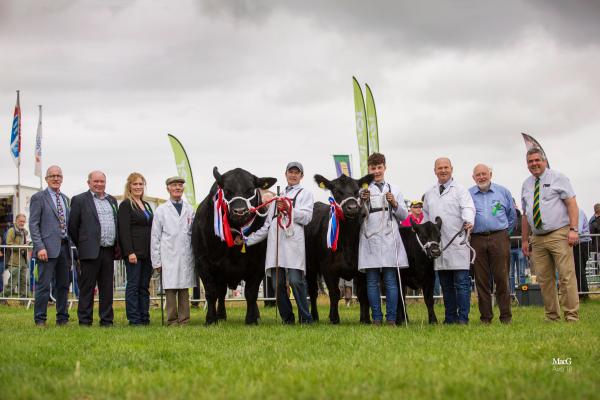 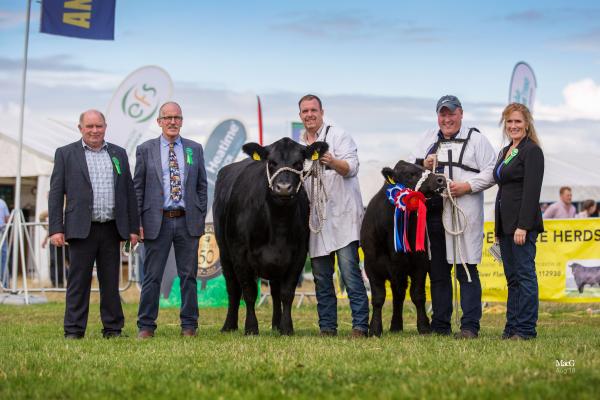 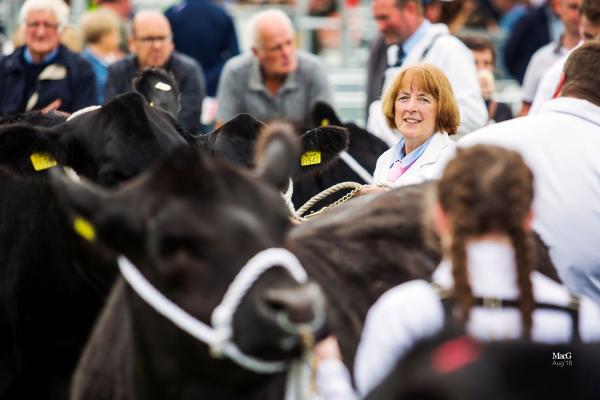 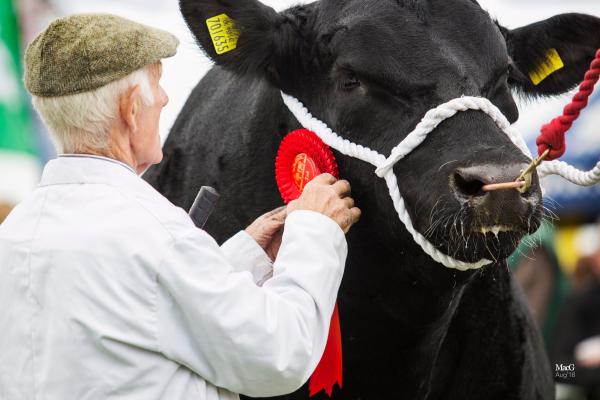 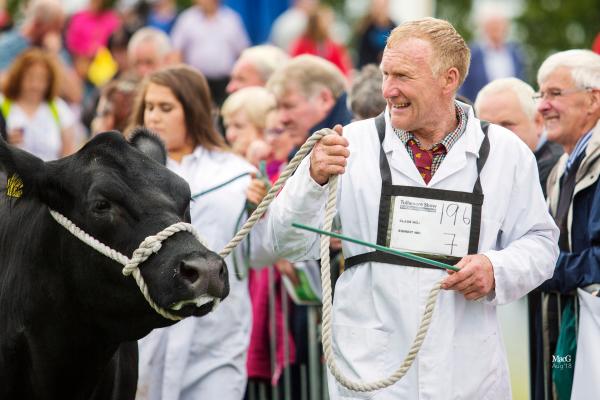 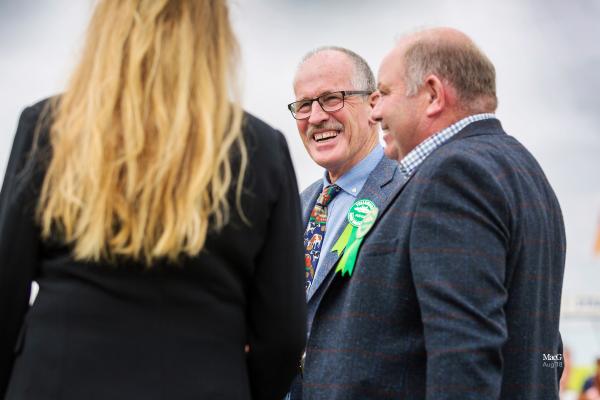