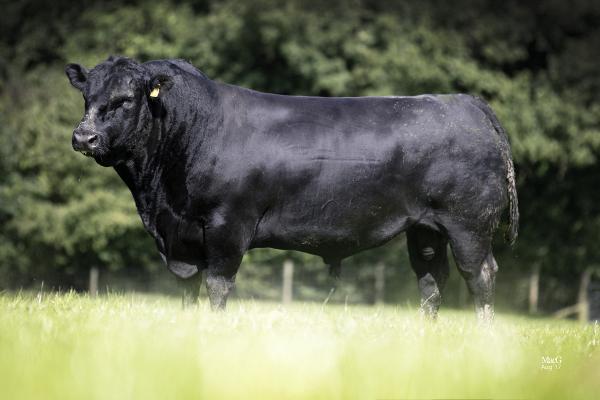 The dispersal sale of the entire Ribble Aberdeen-Angus pedigree herd from Henry Rowntree, of Rowntree Farms, Gisburn, was deemed a runaway success by all concerned when staged at Skipton Auction Mart. (Sat, Sept 22) The sale saw 390 head sell to joint highs of 7,500gns.

Conducted jointly by Craven Cattle Marts and United Auctions in Stirling, it was one of the biggest dispersals of Aberdeen-Angus cattle ever staged in the UK, with 390 head offered for sale, comprising 157 cow and calf outfits, two in-calf cows, 40 in-calf heifers, 26 heifers and seven bulls.

With the main Skipton ring packed to the rafters, the sale saw some tremendous prices and averages. There were 57 individual buyers in total from all four home nations – England, Scotland, as far north as Orkney, Wales and Northern Ireland, as well as Belgium.

Joint top calls of 7,500gns fell to a heifer and calf outfit, and one of the bulls. The former was the March, 2016, Ribble Black Belinda S489, by the Fordel Enniskillen H512 son, Ribble Euston L544, out of the Blelack Lord Hancock K453 daughter, Black Belinda N093. She entered the ring with her March-born heifer calf, Black Belinda U793, by Rulesmains Jimo Eric R666. The dam, AI’d to Fordel Loch Torridon N420, has since run with Fordel Bishop Monkton T780. The high-class duo attracted keen interest at the ringside before falling to Scottish buyers J&T MacFarlane, of Berwickshire.

The joint top price 7,500gns bull was the high performance five-year-old Ribble Eritrean N031, himself by the prolific Fordel Enniskillen, out of the Ribble Plover D472 daughter, Ribble Elka G030. He found a new home in Wales with WT Jones, of Gwynedd.

Another young up-and-coming bull selling well at 7,000gns was the very last entry into the sale ring, the aforementioned March, 2017, Fordel Bishop Monkton, bred by Dinar Estate Management, before joining the Ribble herd. The Fordel Loch Torridon son, out of the Fordel Java Eric H525 daughter, Fordel Border Maid L593, fell to Slawston Grange Estate, based in the Welland Valley in South Leicestershire. 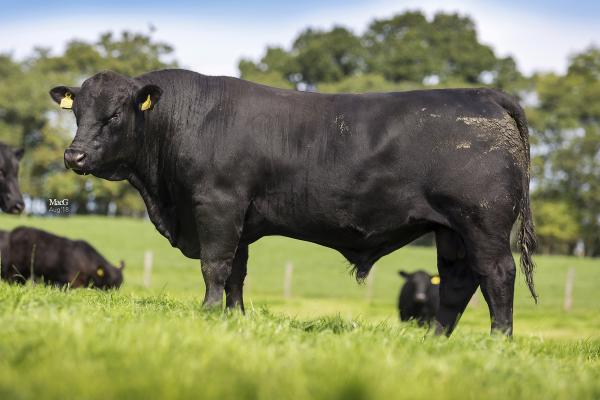 Two further bulls both made 6,000gns. First up was the three-year-old Rulesmains Jimo Eric R666, acquired from breeder Andrew Hodge. The son of Rulesmains Master M258, out of the Carrington Park Time On B7 daughter, Rulesmains Jasmine Erica M302, found pastures new in Ireland with J Doyle, of Co Tyrone.

Top price here of 6,500gns fell to the September, 2013, Ribble Pride N162, by Blelack Lord Hancock, out of the Fordel Dominant daughter, Ribble Pride K488. With her April-born female calf, Ribble Pride U875, an Eritrean daughter, the duo – the dam has since been run with Ribble Black Burn – joined AR Bell, of Hawick in the Scottish Borders. 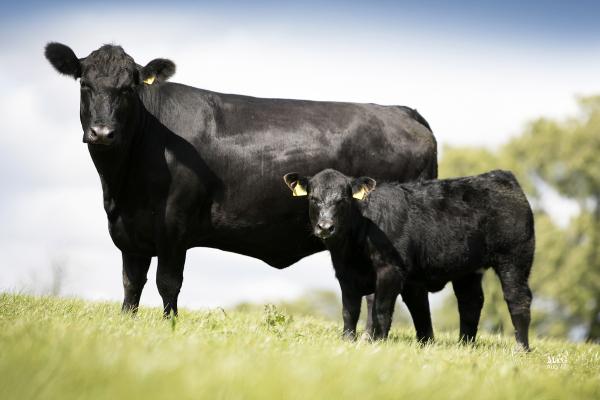 Hitting 6,000gns was Ribble Bellemere P221, an April, 2014, daughter of Blelack Lord Hancock, out of another Fordel Dominant daughter, Ribble Bellemere J276, accompanied by her June-born fostered bull calf by Wedderlie Princean N908, out of Ribble Black Belinda R922. The dam has since been run with Rulesmains Jimo Eric and the outfit sold to WM&A Aitken, of West Linton in southern Scotland.

Back with the pedigree heifers and calves, second top call in section of 5,000gns went to the April, 2016, Oakchurch Duster daughter, Ribble Passaic S492, out of Passaic M717, by Blelack Lord Hancock, and her April-born bull calf, Ribble Pinner U856, by Rulesmains Jimo Eric. This was another dam since run with Black Burn and the outfit became a further J&T MacFarlane acquisition.

In-calf heifers averaged a healthy £2,428, peaking at 2,900gns for the May, 2017, Black Burn daughter, Ribble Equidora T727, out of Equidora M750. Run with Ribble Martin Porres, the mother-to-be was also claimed by W&AM Aitken.

Pedigree heifers averaged £1,558, selling to joint tops of 2,200gns for a brace of Black Burn daughters, the March, 2017, Ribble Lady Jane T672, out of Ribble Lady Jet M777, by Netherallan Peter Pershore E052, and the June, 2017, Ribble Passionetta T776, out of a Ribble Euston daughter. The former became a further WT Jones buy, the latter falling to AR&HE Cox, of Ripon.

Of the two in-calf cows offered for sale, best on price at 2,200gns was the five-year-old Ribble Elize N007, by Ribble Ethelbald, out of the Fordel Dominant daughter, Ribble Elize J370. Run with Fordel Bishop Monkton, she was claimed by local buyers, CN&SA Harrison, of Elslack The second in-calf cow, Ribble Scherie R329, also a three-year-old run with Fordel Bishop Monkton, made 1,300gns, the duo averaging £1,925.

Following the sale, Mr Rowntree, who farms at Windy Pike, Gisburn, and established his greatly respected pedigree herd in 2002 – he is now retiring – said: “It was fantastic to see so many previous customers at the sale and have such tremendous support from far and wide. I hope that all the buyers enjoy success with their Aberdeen-Angus cattle and I look forward to perhaps seeing some of them in their new homes. I must thank CCM and UA for putting the sale together, my staff at home, the CCM handlers and, in particular, Mark Phillips and his team for the tremendous presentation of all the animals.”

Mr Rowntree said the choice of CCM Skipton for the high profile dispersal sale was not only the central location on his own doorstep, but also the outstanding facilities and management available at the mart.

”One of the biggest sales that the Aberdeen-Angus breed has seen in recent years has been a reflection of two things that we are seeing going forward. Firstly is the recognition of really good breeding, with Henry Rowntree focusing on the figures to produce animals in the top percentiles of the Breedplan EBVs without taking an eye off the animal itself. The sale averages reflect this policy. Secondly, the recognition that the Aberdeen-Angus as a breed are very much on the up, as beef producers look to adapt to both market conditions and ease of management, and bring more focus on to the economics of production by engaging with the breed and the brand to ensure a sustainable and profitable enterprise. We look forward to welcoming our new incoming breeders into the society, where we can offer plenty of help and advice to make sure that their choice to invest in Aberdeen-Angus runs successfully.”

All parties agreed that the overwhelming success of the dispersal sale augured well for a brand-new sale of Aberdeen-Angus females at Skipton, scheduled for Wednesday, November 7, with the intention being that this will become an annual event.