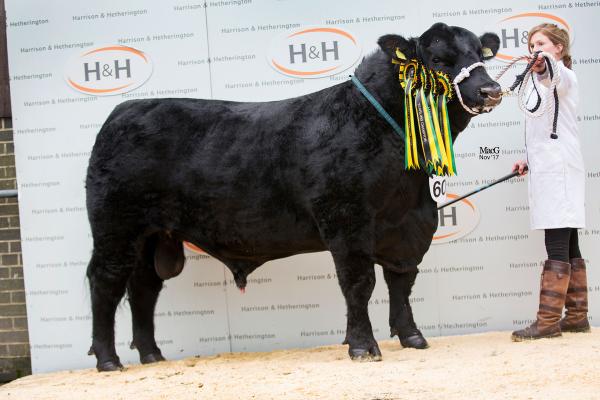 The 2017 Borderway Agri Expo took place in Carlisle on Friday 3rd November in what is always a true celebration of the very best British Livestock, and the farmers, breeders and stockmen who look after them. On the day, the Aberdeen-Angus classes presented judge Alan Lawson with some difficult decisions due to the quality of cattle on display. Talking about the cattle on show in general, Alan said:

‘’It was a very good show of cattle, in fact, one of the best I’ve seen. The champions were all very good animals and I think they represent excellently what the breed needs to be aiming for in the future. The male and female champions carried good flesh and featured many of the characteristics we look for in Aberdeen-Angus, and the female champion in particular will go on to be a very good cow. I’ve been showing myself, at the Agri Expo since it first started, and every single year I notice the standards getting higher and higher, with all calves across the board getting stronger and stronger. All those who shown on the day deserve a huge round of applause for their excellent work.’’

Mr Lawson’s top honours went to McCornick Kerry’s Boy S215 of Martin McCornick from Boreland Farm in Newton Stewart, who had previously also been named yearling and male champion. This March 2016 born yearling bull is by MCornick Kedge M797 out of McCornick Kerry P000 and boasts an excellent self replacing index of +66.

Standing as overall reserve was Stouphill Patsy S152 of WD Allen Esq of Alnwick in Northumberland, who also came out on top as yearling female and female champion, while taking the reserve for overall yearling on what was a glittering day of recognition for the March 2016 born heifer out of namesake Stouphill Patsy H014 by Duncanziemere Jigsaw N087. 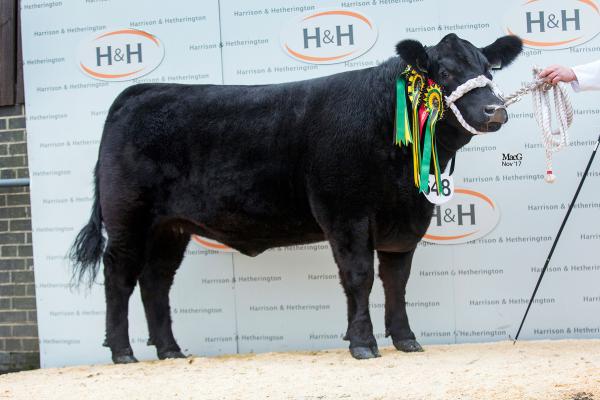 Hamish Sclater of Deveron Aberdeen-Angus was on hand to take the reserve championship in the yearling male and overall male classes with his impressive young bull Deveron Eldon S554 out of Deveron Elise N431 by Belhaven Dryburgh Abbey L344. 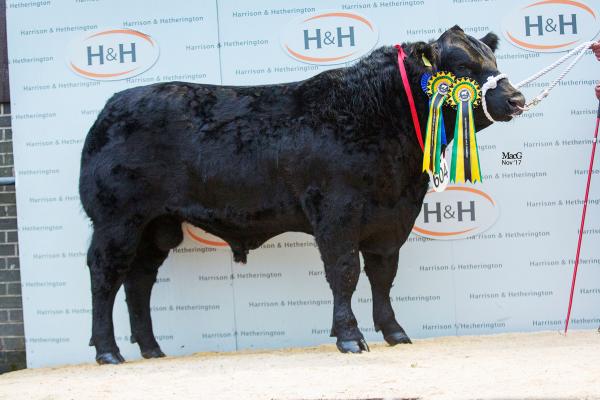 Reserve yearling female and reserve overall female went to Tree Bridge Polly Perkins S626 of Messrs D Evans. This one is out of Tree Bridge Pelly Perkins J241 by Oakchurch Evor N123 and has undoubted future success on the show circuit. 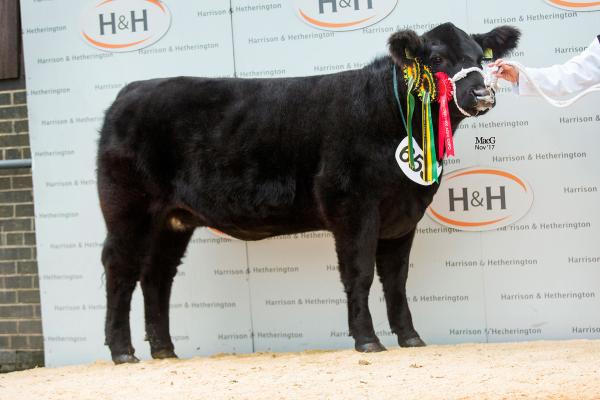 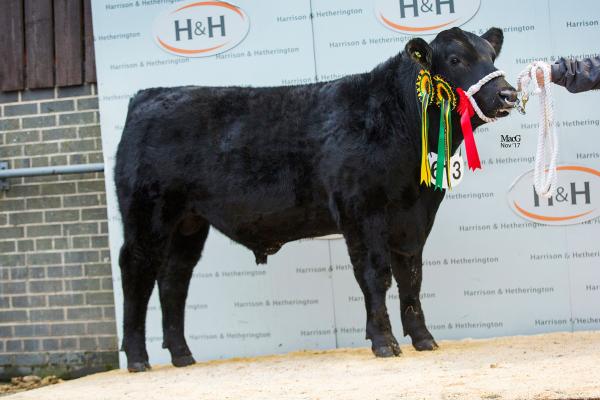 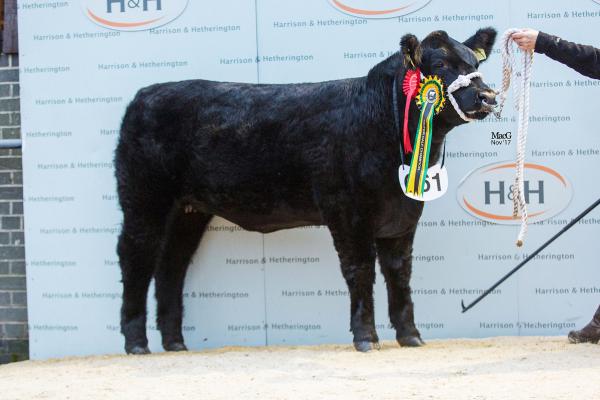 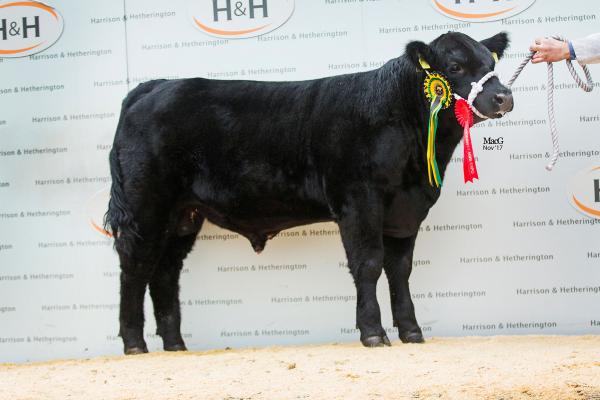 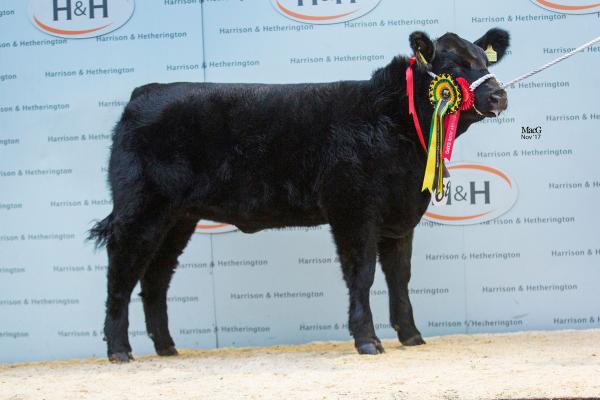 Society President Alex Sanger described the national show of Aberdeen-Angus at this year’s Carlisle Agri Expo as one of the best shows the Society has had from Aberdeenshire to Cornwall, and extended his congratulations to all involved. Here is a selection of other photography captured on a great day at Borderway: 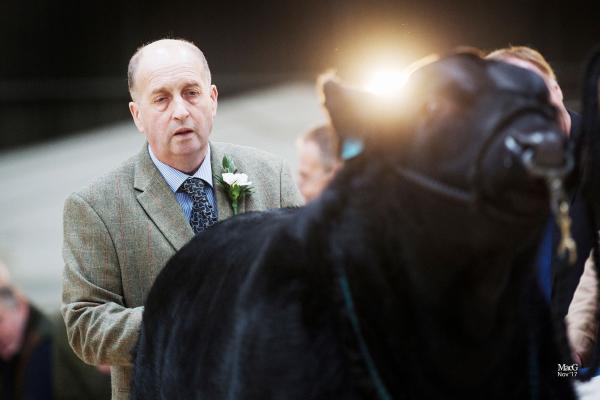 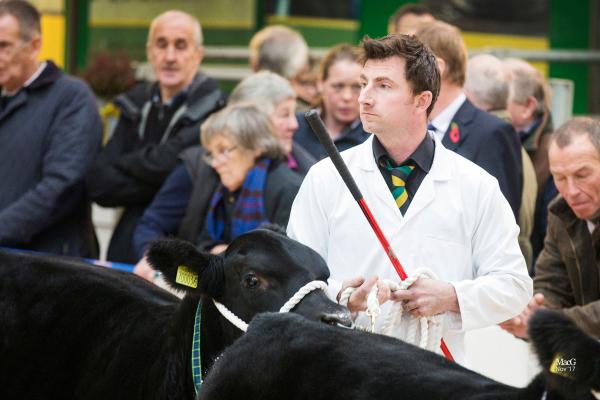 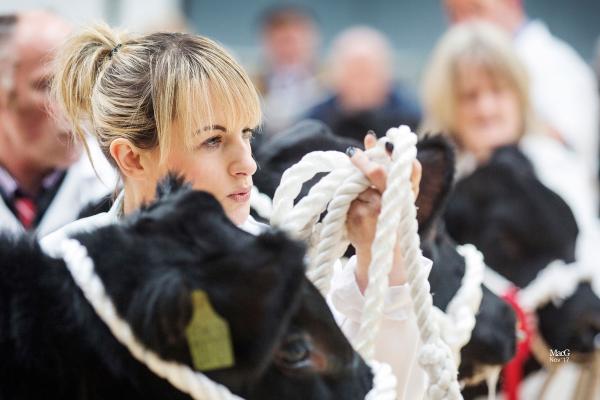 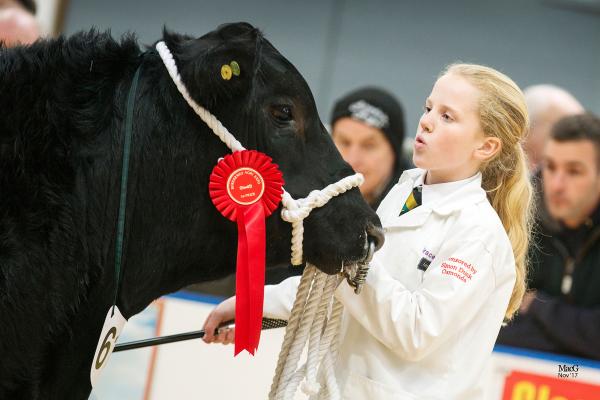 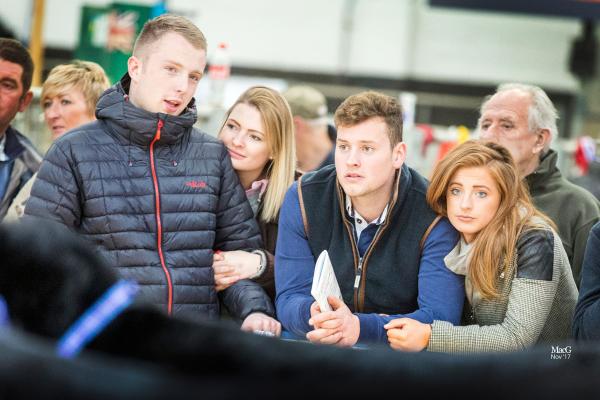 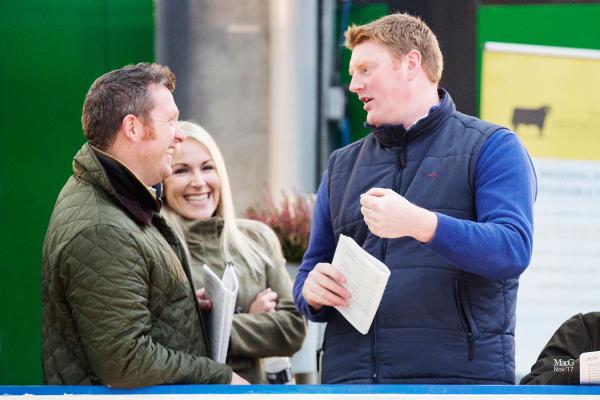 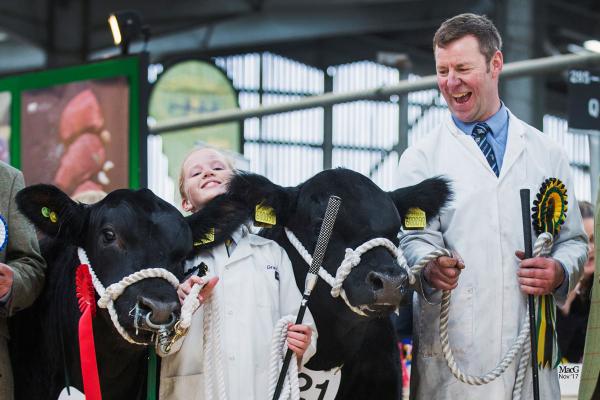 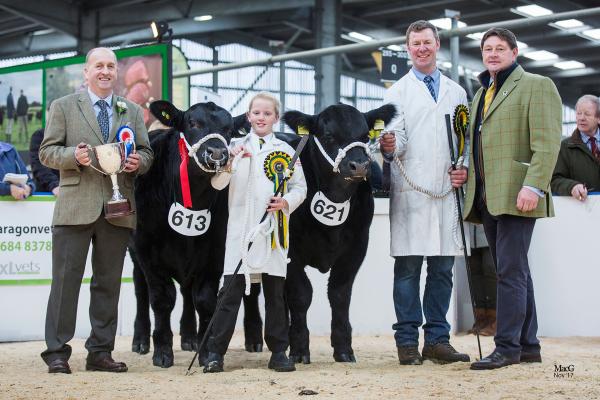 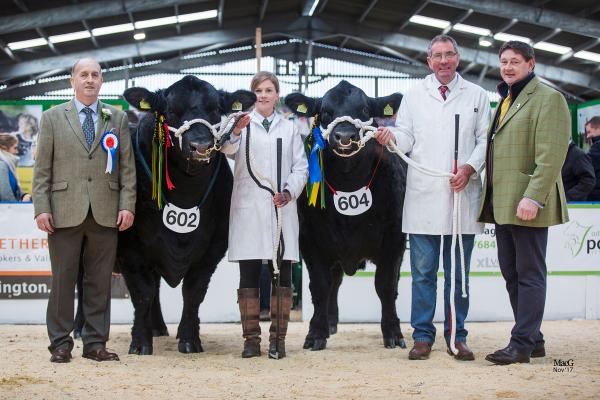 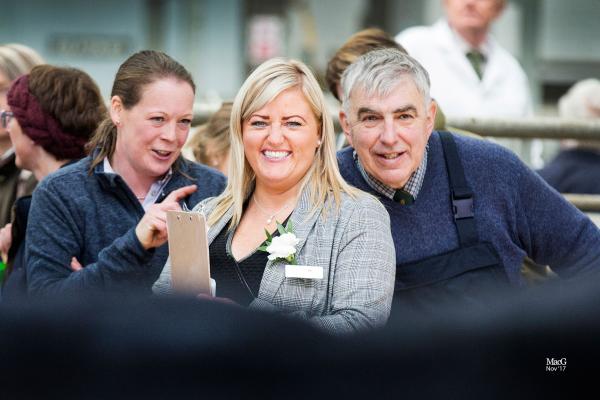 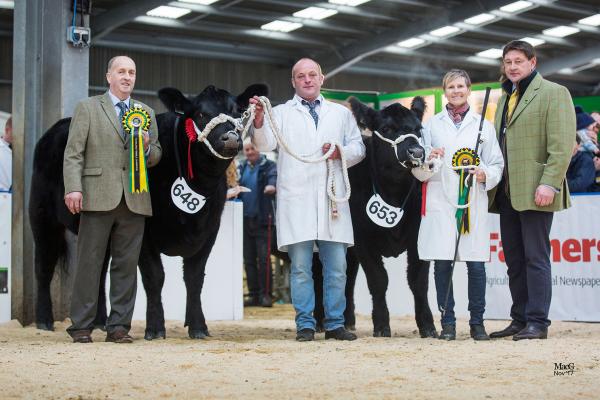 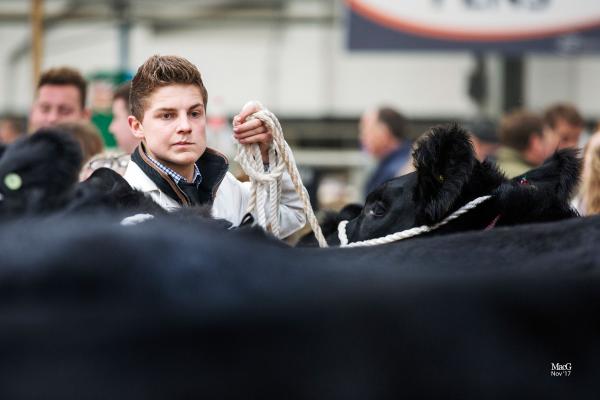 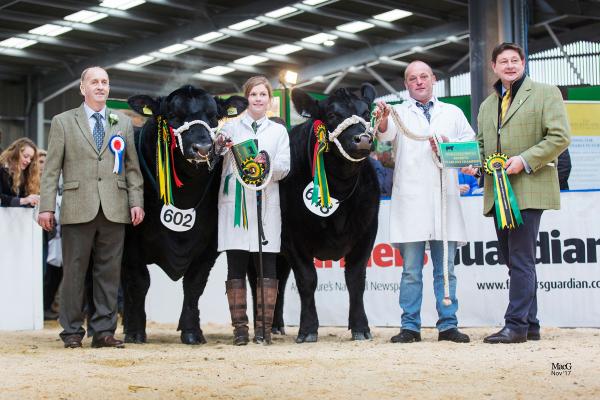 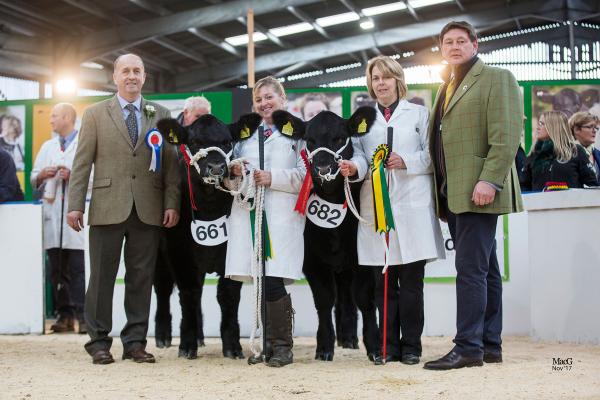 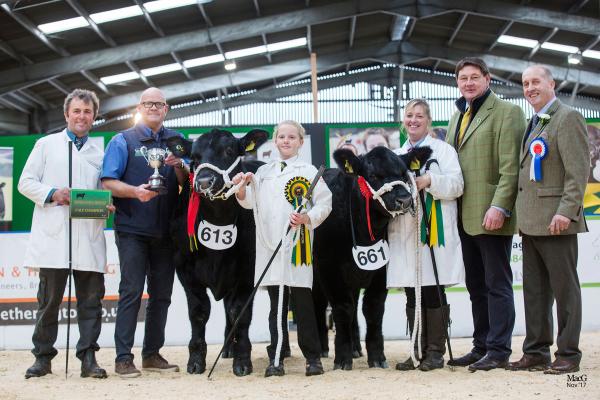 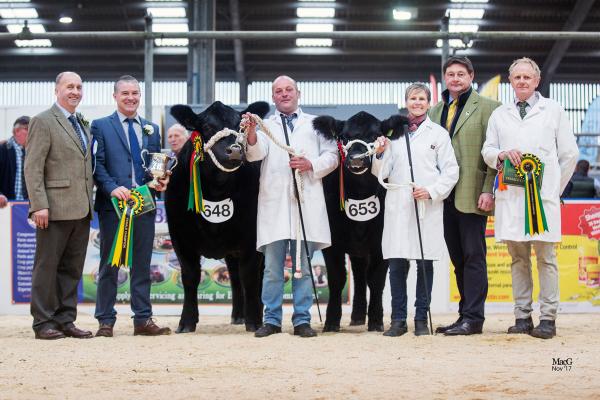 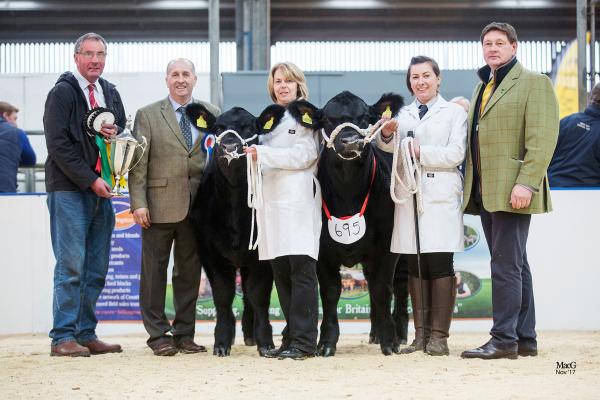 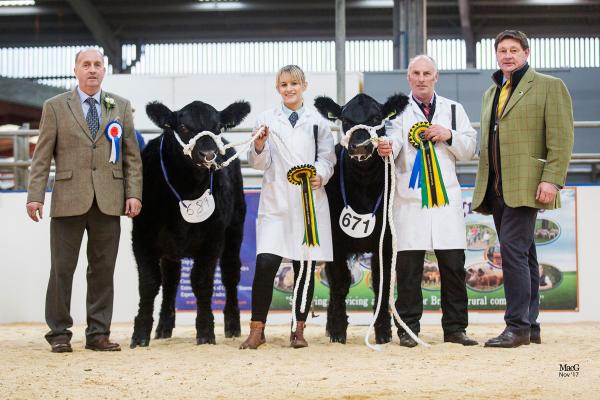