Leading the way in the senior championships under judge John Coultrip of the Wingfield herd, Faversham, Kent, at the inaugural Pedigree Calf Fair held in conjunction with Beef NI Expo was Alan and Naomi Morrison with Drummeer Popper P584.

This Blelack Evermore J231 son is out of the Jeremy Eric of Bridgfoot daughter Drummeer Poppy G311 and stood ahead of Kenneth Veith’s reserve senior champion Drumlone Evermore P527, a Rawburn Black Hawk L261 son out of a Highland Colossal 101E daughter. 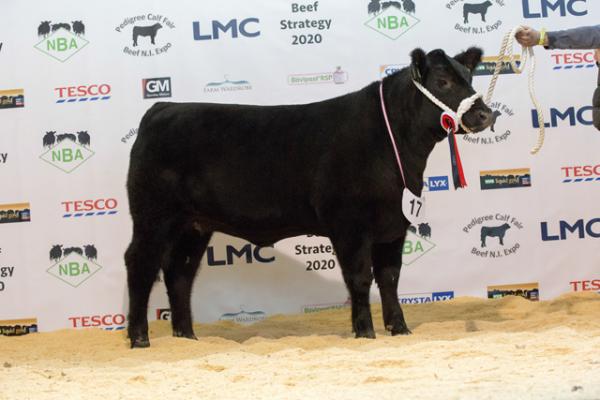 Reserve junior honours went to Sam and Sarah Matchett and parents Nigel and Gail with their February-born Birches Pridenjoy R656. This one is by Aynho Rossiter Eric and is out of the Irish import and show cow Carrigroe D Patsy.