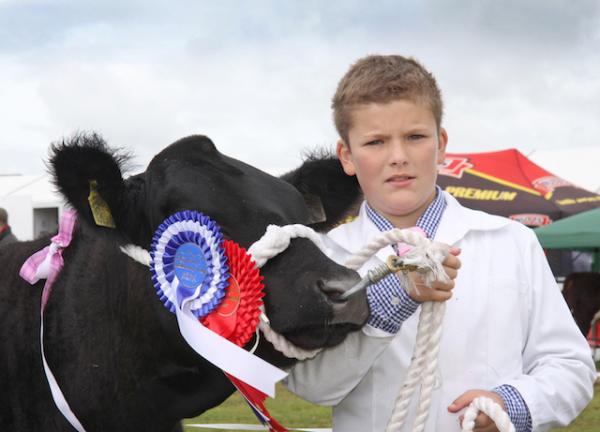 Judge Aileen McFadzean, Perth, found her Omagh Show champion in the form of the October 2013-born Rosscarbery Lord Harvey N934, stock bull for Gail, Nigel, Sam and Sarah Matchett’s Birches herd. By Carrigroe Fred, this one is out of Carbery Brenda, a Gallantry Preditor V9 daughter. Harvey was a class winner at the Northern Ireland Club Calf Show in 2014 and was reserve male champion at Clogher Valley Show in 2015.

Standing reserve was Bailey Smyth at the halter of Samantha Allen’s August 2015-born heifer, Crew Disney R107. This ET-bred daughter is by Nightingale Dunbar K551 and is out of the Cardona Esteem X10 daughter, Crew Dakota.