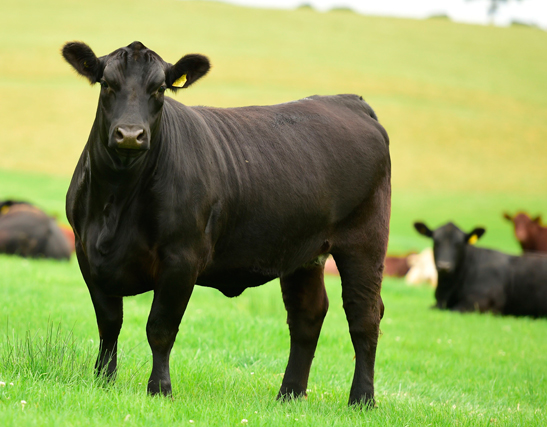 Leading the way in the Aberdeen Angus section of James Porter’s Old Glenort reduction sale held last Saturday was Old Glenort Melanie K897, who attracted a final call of 4400gns. She was purchased by Andrew Ewing on behalf of Tirelli Brothers, Italy. The Moss Mr Eshton is behind this five year old cow and she’s out of an Eastfield Elevator Z024 daughter. She sold with a strong March born bull calf at foot by The Moss Quebec.

Daughters of The Moss Mr Eshton proved popular in the sale with Old Glenort Edwina H722 realising 3700gns. This former show cow who has previously stood top of the females at Balmoral Show in 2011, was accompanied in the ring by her twin bull calves by The Moss Quebec and sold to a County Armagh purchaser.

Maidens heifers reached 3400gns paid for by Trevor Wallace, Dromore, for Old Glenort Victoria P802. This March 2014 born daughter of The Moss Quebec has plenty of show potential, and will be one to look out for next season.