Old Glenort breeding to the fore at Saintfield Show 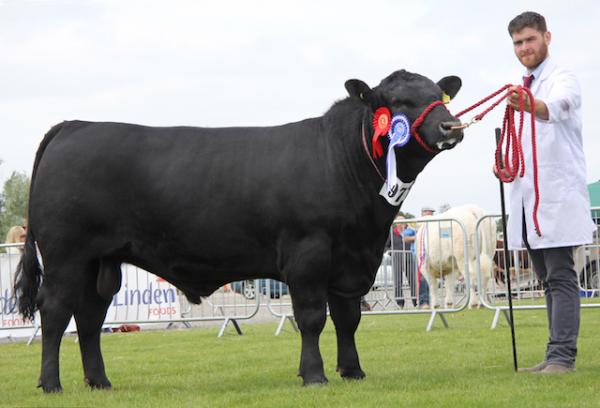 Clinching the championship at Saintfield Show was the two year-old heifer Old Glenort Melanie P163 from the Taughblane herd, owned by Trevor Wallace, Dromore, County Down. At the halter is Gary Hanna. This April 2014-born heifer was purchased at the Old Glenort production sale and is by The Moss Quebec K027 and was third in her class at Balmoral last month.

Her herd mate and half brother Old Glenort Vincent R572 took the reserve champion. Again by Quebec, this one is out of Old Glenort Victoria G346.