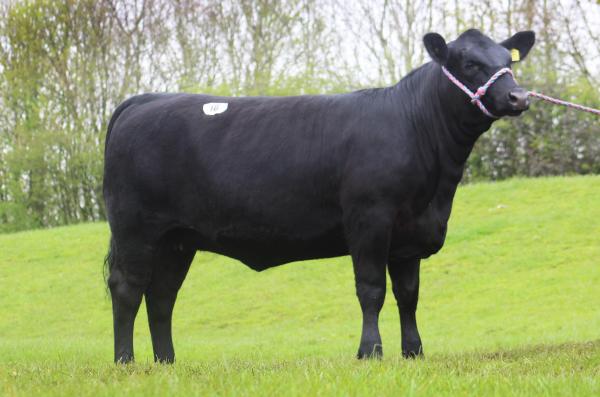 Females dominated proceedings at the Aberdeen-Angus Cattle Society’s Southern Spring Show and Sale, held at Worcester Market on Friday 15th April, with a top call of 4000gns for Oakchurch Donna R221 from Staunton-on-Wye, Herefordshire-based Jeremy and Ala Price.

Born April 2015, this ET-bred heifer is by Te Mania Berkley B1 and is out of the Netherallan Peter Pershore E052 daughter, Oakchurch Donna L045, herself a daughter of one of Jeremy’s foundation females Ballyheather Dolly Z682. Donna stood second in her class under judge David Evans of the Tree Bridge herd and, with a terminal sire index of +48 and self replacing index of +63, sold at 4000gns to Karl Scott for his Foggie herd, Turriff, Aberdeenshire.

Commenting on the sale, Clive Roads of McCartneys said: “Females were definitely the feature of the sale with strong and competitive bidding throughout for cattle of quality.”

Second best in the female offering was Oakchurch Donna P180, gain from Jeremy and Ala Price. This April 2014-born Blelack Blackrod L774 daughter is out of the Te Mania Berkley B1 daughter, Oakchurch Donna N120 and stood female champion. She was sold for 3300gns to J E Pudge, Bishops Frome, Worcestershire, having been PD’d in calf to Genus sire Oakchurch Evor. 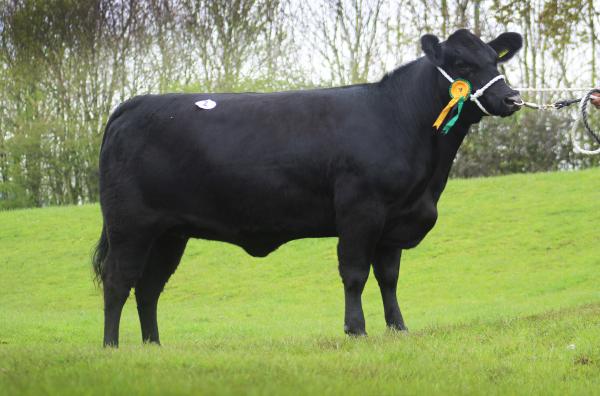 At 2500gns was the third highest priced heifer from the Price family, this time Oakchurch Duchess R212. Born February 2015 and again by Blackrod, this one is out of the Hoff Limited Edition daughter Oakchurch Duchess J123. She found a new home with Paul and Kirsty Westaway of Melview Farming.

Two January 2015-born heifers from the Price’s followed, the first being Oakchurch Dalrene R204, selling for 2200gns to previous buyer Karl Scott, while at 2100gns was Oakchurch Frances R209, selling for 2100gns to R Tudor, Welshpool.

The reserve female champion, Morpheus Jodie R023, from Owen Tunney, sold for 1750gns. Born April 2015, this ET-bred heifer is by Triara Slam Dunk and is out of Duncanziemere Jody B068, a daughter of Duncanziemere Judge Y247. She was knocked down to Andrew and Judith Denning, for their Temple herd, Bridgewater, Somerset. 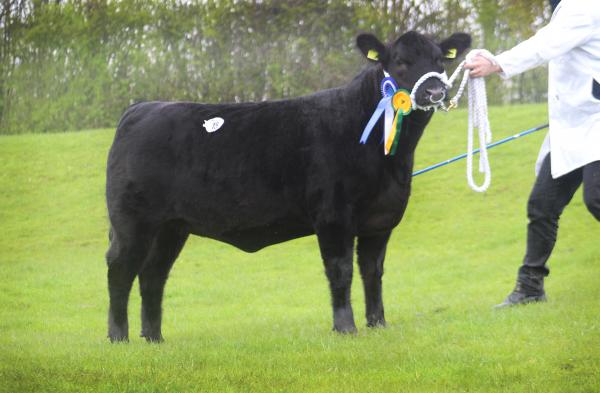 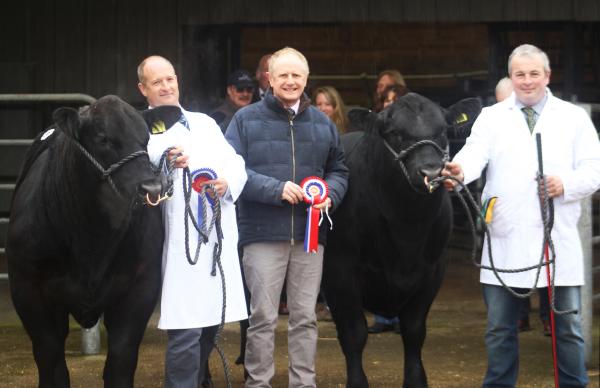 Meanwhile in the male offering, top call was the 3900gns reserve male and reserve overall champion Oakchurch Dracula R215, again from Jeremy and Ala Price. Born April 2015, this Blelack Blackrod L774 son is out of the Te Mania Berkley B1 daughter, Oakchurch Dame M093 and carries a terminal sire index of +39. He was knocked down to previous female buyer R Tudor, Welshpool. 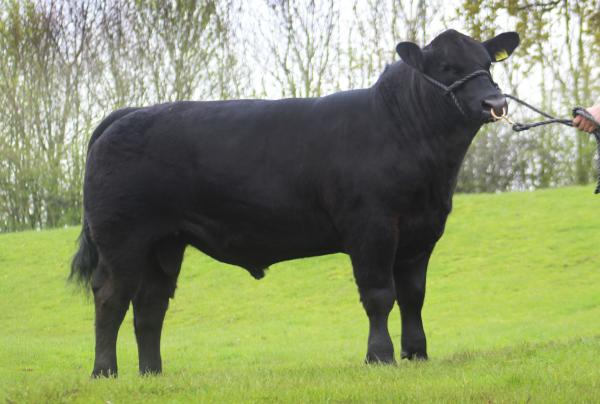 Two bulls shared a 3300gns price tag, the first being Glympton To Bee M636 from Felix McDaid. Bred by Glympton Farms, this senior stock bull is by Sitz Upward 307R and is out of Coldstream Tidy Bee 55k, a Stevenson Royce 741C daughter. With a self replacing index of +56, he sold to John Biggs, Pembrokeshire. 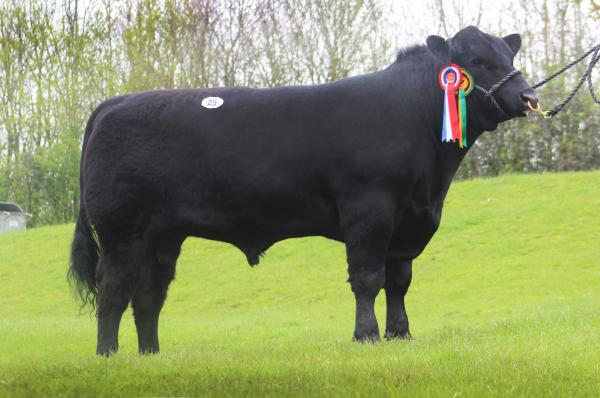 The next best was the male and overall champion, Oakchurch Dreadnought P186. Again by Blackrod, this one is out of a Young Dale Hogan 3Y daughter, Oakchurch Damara L063 and was knocked down to Robert Thatcher, Tewkesbury, Glos.