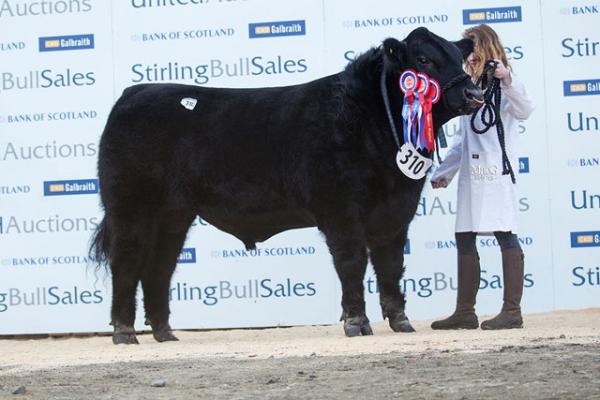 Sale leader so far today at 13,000gns is the junior and reserve overall champion Netherton Kelso N768 (lot 310) from Messrs McLaren. This ET-bred bull is by the 36,000gns The Moss Mr Eshton D409 and is out of Netherton Karama E368. This one has been a successful show bull for the McLaren family winning the calf championship at the Summer National Show last year and a host of championship tickets on the winter circuit. He also carries a SRI of +47.

After him was the reserve junior champion, Blelack Dynamite N201 (lot 279) from the Massie family. Again by Peter Pershore he’s out of the Royal Added Value 19D daughter Ballyheather Dolly Z682 and carries a milk figure of +21. He heads tot he Flemming family’s Stairhaven herd. 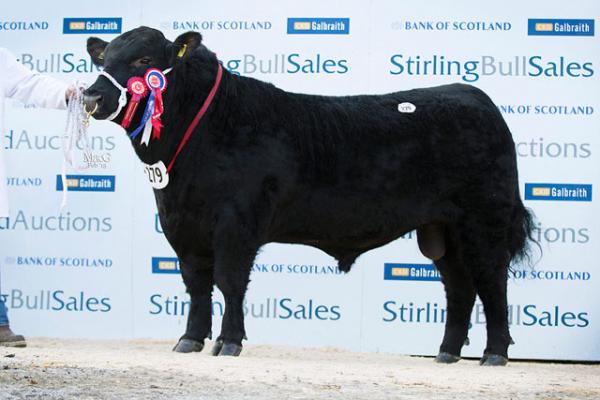 Then back in catalogue order and back with the McLaren family, Netherton Black Arrow N765 (lot 269) has gone at 6000gns selling to Andrew Ewing. By Ardrossan Admiral A2, he’s out of the 2012 summer and winter national Show champion Netherton Blackbird K544. 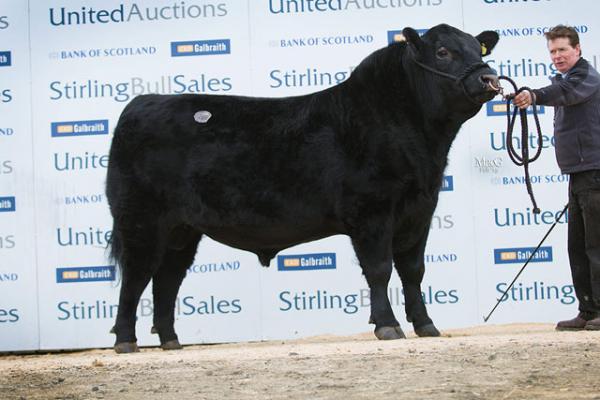 Straight after and selling for 4000gns was Duncanziemere Jewel N074 (lot 270) from the Clark family. Again by Peter Pershore, this one is out of the successful Jody line and carries a SRi of +60. For the same money was Neil and Graeme Massie selling the blelack Equity J127 son Blelack Prince Cornelius.

At 11,000gns was the best to date from Tom Arnott and family, Haymount Gastessa N379 (lot 280). This Skaill Darkness L460 son is out of a Lorabar Blackstar G290 daughter and carries a milk figure of +18 and a SRI of +64. Buyer of this one was Billy Glazebrook.

Then straight after and selling for 9000gns was the Brown family with Drumdow Primera N005 (lot 281), a Blelack Evermore J231 son out of a home bred dam by The Moss Mr Espresso D400. 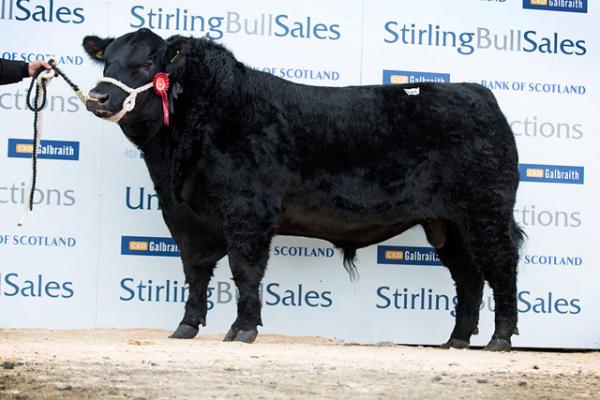 One half of the champion pairs winners Gretnahouse Samson N645 and the reserve male champion from last year’s Winter National Show sold at 10,000gns. This one is the first son to be offered for sale by Gretnahouse Blacksmith L500. 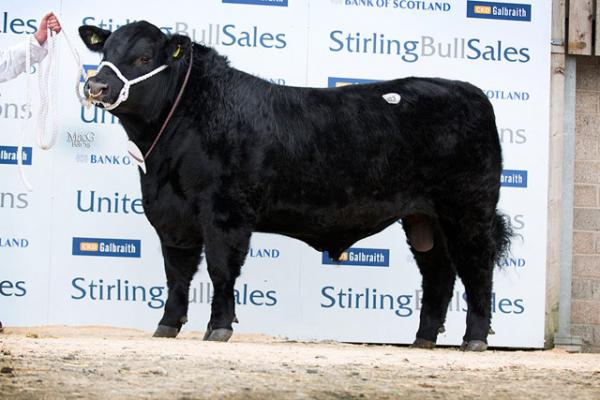 Then the third prize Haughton Erocco N101 (lot 285) from Whittaker and Co Farms has gone at 9500gns. This one is a Blelack Egotist K531 son and out of a Blackstock daughter. He was reserve male champion at the Highland last year. 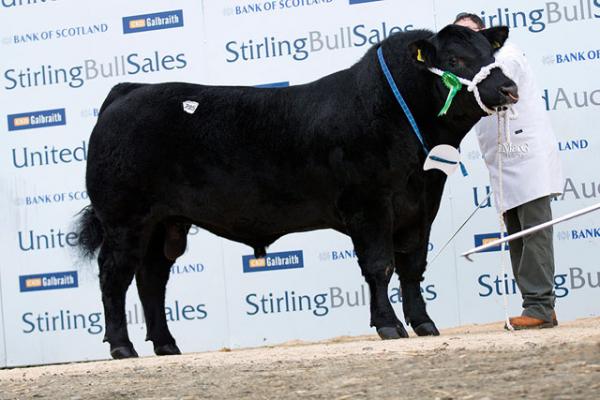 Then continuing a really good run of junior bulls was Tonley Policeman N999 (lot 290) from the Wattie family. Again by Evor, he’s out of an Auldhouseburn Karlos D218 daughter and heads at 7000gns.

Next came the reserve champion pairs from the Whittaker and Co team, the first of which being Haughton Exclamation N102, a Blelack Blackrod J160 son out of the Wedderlie New Era H573 daughter Flodden Elegant K572. This one has a milk figure of +21 and a SRI of +54. 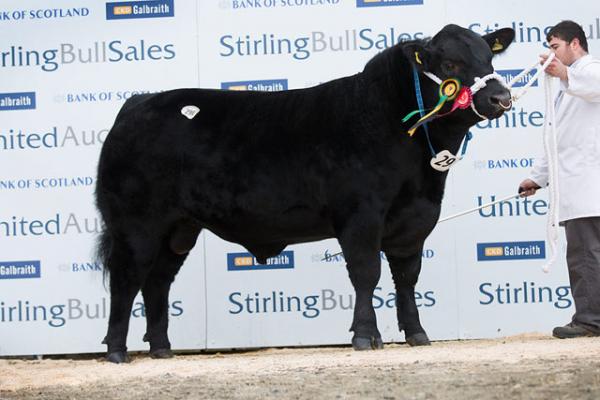 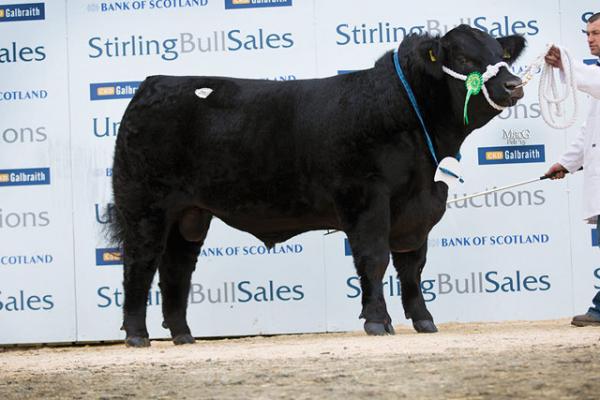