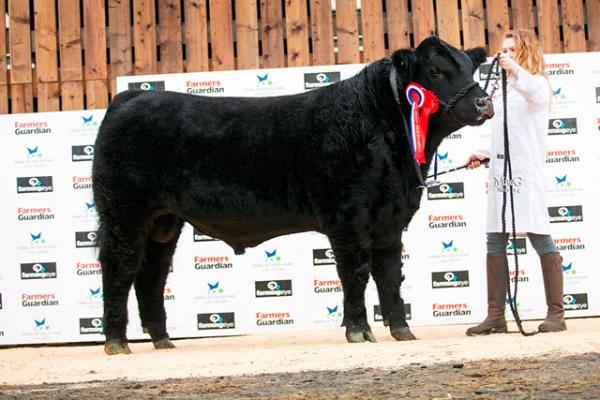 Leading the way in the senior Aberdeen-Angus classes at Stirling today for the Stars of the Future Calf Show under judge Iain Campbell was Netherton Kelso from Messrs McLaren. Born September 2013, this one is by the 36,000gns The Moss Mr Eshton and is out of Netherton Karama E368,making him maternal brother to this year’s successful show cow. He was also calf champion at the Summer National Show at The Three Counties Show.

Reserve to him was Adrian and Graeme Parke with their July 2013-born Coolermoney Rochell N375. By the home bred sire Coolermoney Rolf L187 she is out of Coolermoney Raven L117 and was shown last week at the Winter National Show where she stood third. This one has won three local breed championships this summer, as well as reserve junior champion at Balmoral in May and first at the All Ireland. 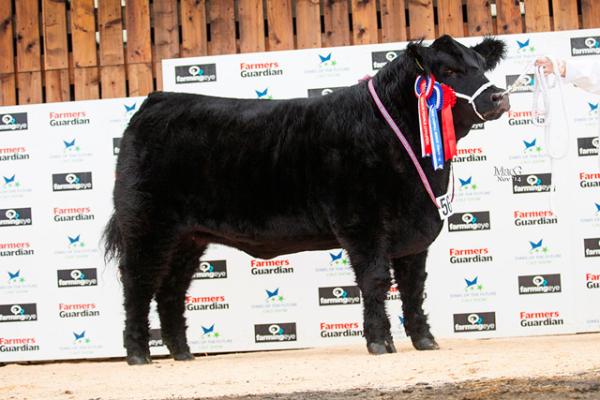 In the junior championship it was Mark Wattie at the halter of Tonley Jose Ebanks-Blake, a Blelack Evor son out of Blelack Jubilee Erica,a cow purchased at the Blelack matrons sale on the strength of her calf on sale day. She bred last year’s calf champion for the father and son team who has been retained as a herd sire. 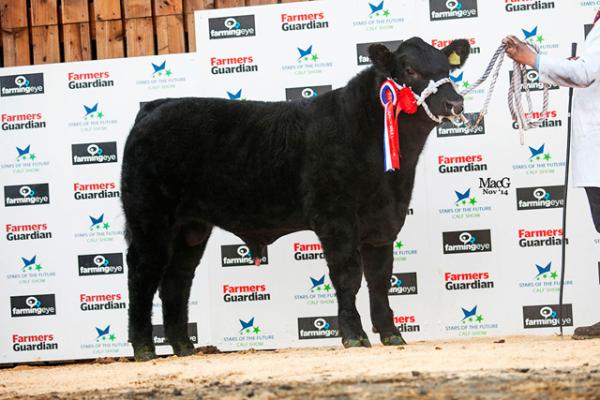 Reserve to him was Hamish and Margaret Sclater with Deveron Leggat, a Deveron Master Banbury son out of Deveron Lady. This is the first time this one has been shown and will be in the team for Black Beauty Bonanza. 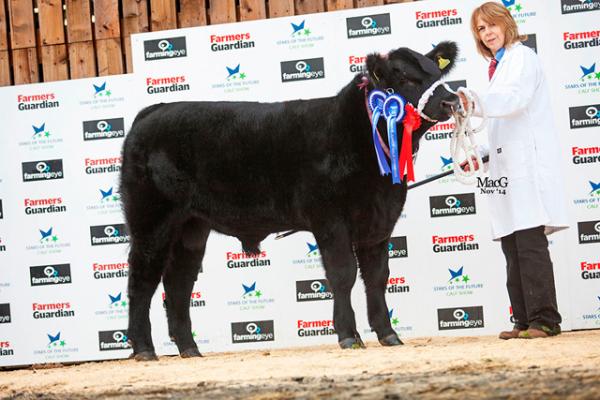 Reserve to her was the second prize Martin McCornick with Mccornick Kerry. This one is by Duncanziemere Edwin out of Halbeath Kerry and was a first prize winner at the Winter National Show last week.