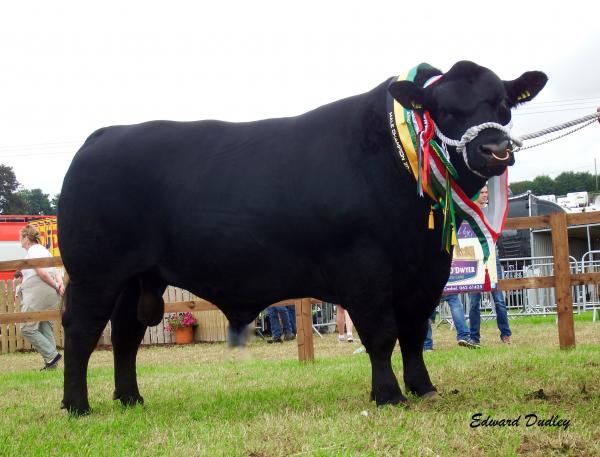 The biggest award in Munster, the annual provincial trophy, which is awarded to the best Aberdeen-Angus in the region was presented to Albert & Jennifer DeCogan, Killamuckey, Castlemartyr, Co. Cork with their senior bull, Cheeklaw Jake Eric R535 at the Dualla Show over the weekend. This is the sixth consecutive year for the Mogeely herd to secure the Munster provincial trophy; following on from last year’s title win with Mogeely Miylo P291. In addition to taking the overall breed championship and the Munster provincial trophy, under show judge Mr. Thomas Beirne; this bull went on to be crowned the overall supreme inter-breed beef champion of the entire show at Dualla, beating out stiff competition from all of the major continental beef breeds.

The reserve breed championship went to Eustace & Deirdre Burke, Ballyginnane, Carrigaline, Co. Cork with the heifer calf, Clontead Patriot S218. This one is a regular winner on the Munster circuit and combined with herdmate, Clontead Pamela S214 to claim the best inter-breed beef pair of the show, with the Aberdeen-Angus once again triumphing over all of the other beef breeds. 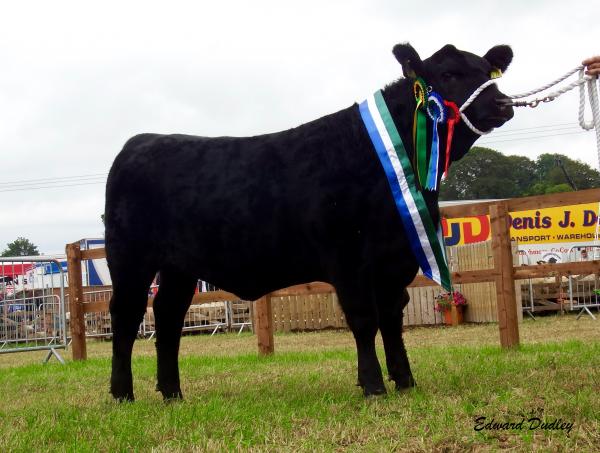