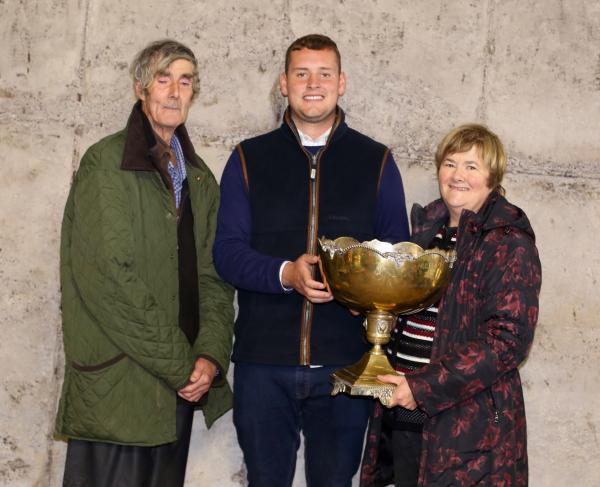 The Munster Aberdeen-Angus Club held an open day on the farm of Tim & Sheila O’ Brien, Carraig Dubh Herd, Coomnaclohy, Ballyvourney, Co. Cork over the weekend. The medium sized and commercially run herd of 20 cows and followers were a sight to behold despite the unfavourable forecast and intermittent rain showers and the large crowed present were particularly impressed with the cattle on display. Subsequently, it came as little surprise to all in attendance that the Carraig Dubh Herd won the Best Medium Herd and Best Cow Family prizes at the presentation of prizes in the herds competition results later in the day. The Bonnie cow family won the Best Cow Family award on the strength of a 16 year old cow with her five daughters and a total of five generations of females in the herd at present. In fact, most of the herd descends from this particular cow line and it is a prime example of the longevity and productivity of the Aberdeen-Angus breed. It was also the first time the O’ Brien Family had competed in the medium herd section, after several years of success in the small herds category and they received a rousing round of applause from all present for their pair of 1st prize wins. 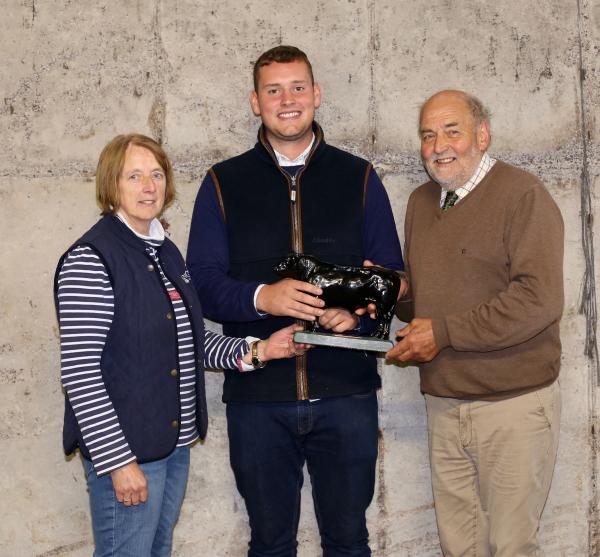 Shown below is image of Edward Dudley, winner of the Best Small Herd with Mark Wattie, judge: 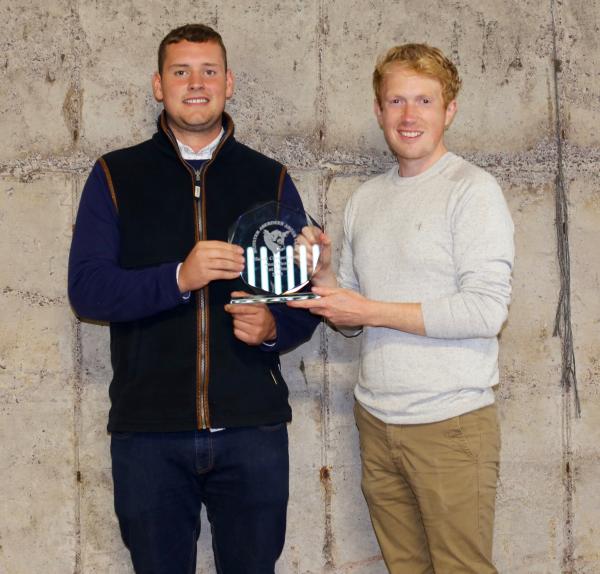 Matthew & Rita Goulding, Kilmore, Ballyduff, Tralee, Co. Kerry won the Best Bull Calf award with the March 2018 born, Goulding Role Model. This one is a son of Goulding Man O Man and is out of a homebred dam from the Princess cow family.

Shown below is image of Matthew Goulding, winner of the Best Bull Calf prize with Mark Wattie, judge: 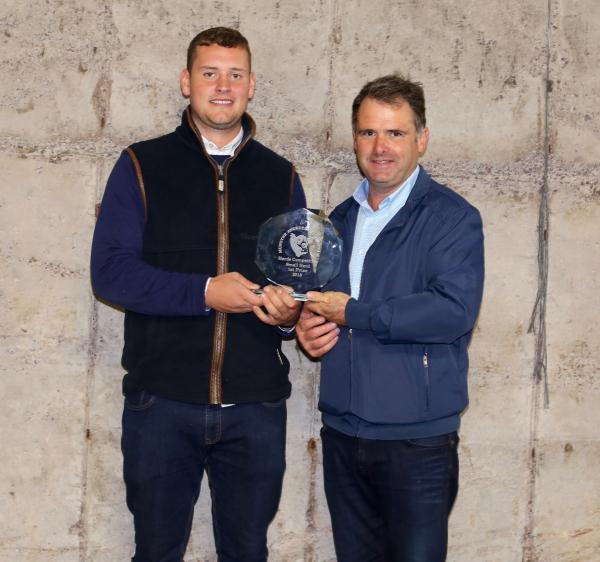 Jerry Donovan, The Castle, Kilcolman, Ardagh, Co. Limerick won the Best New Entrant prize for his Ballydoorlis Aberdeen-Angus herd. The Ballydoorlis herd was established in 2000 with foundation females coming from Cashelane, Fellfort, Tomriland and Bohey herds among several others.

Shown below is image of Jerry Donovan, winner of the Best New Entrant category with Mark Wattie, judge: 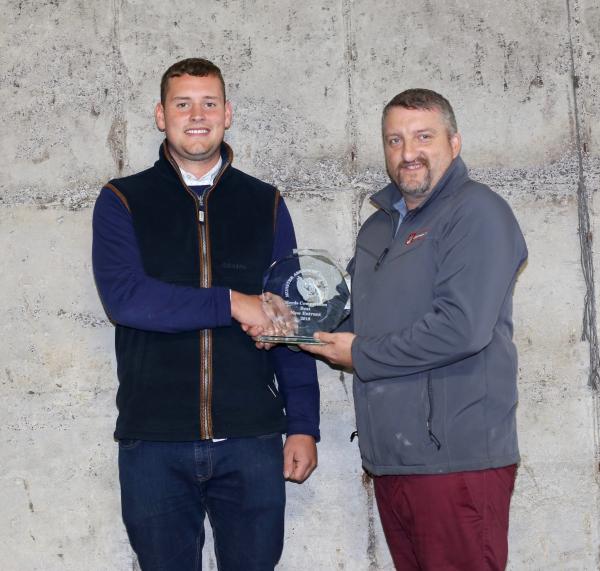 Judge for this year’s herds competition, Mark Wattie from the Tonley Aberdeen-Angus in Soctland, UK was very impressed with the cattle on display at each of the participating herds and went on to explain that some of his choices were extremely difficult due to the strength and quality of the stock on show. Mark finished his address by congratulating all of the winners and thanking all of the breeders involved in this year’s contest for the generous and friendly welcome received at each of the participating herds.

The Munster Aberdeen-Angus Club would like to thank Mark for his time and efforts in judging this year’s competition and for doing such an excellent job in the judging and with his reason giving during the awards presentation. Also, a special word of thanks to Callum Coutts, Mark’s cousin, who accompanied Mark throughout his few days in Ireland and proved to be an equally pleasant and entertaining guest.

Image shown below is Billy Fitzgerald, Chairperson, Munster Aberdeen-Angus Club making a presentation to Mark Wattie, judge and Callum Coutts at the conclusion of the open day: 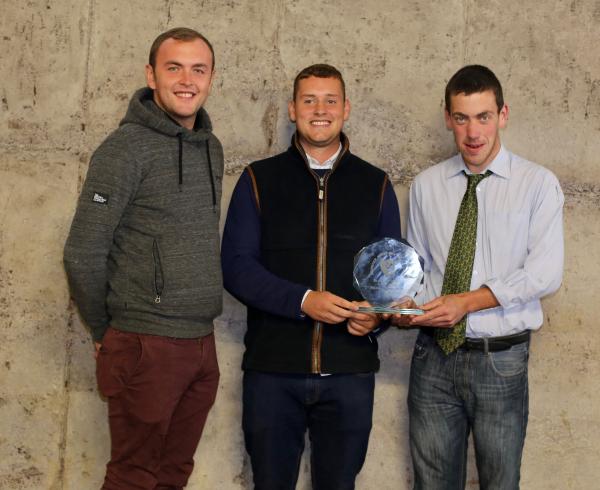 Finally, the Munster Aberdeen-Angus Club would like to thank the O’ Brien Family for their excellent hospitality on the day and all of their hard work behind the scenes in the lead up to the event. The Carraig Dubh Herd is a credit to the dedication and commitment of Tim & Shiela and their family and it was a very fitting host venue for this year’s open day.

Other images from the show are shown below:

Shown below is image of all winners of the 2018 Munster Aberdeen-Angus herds competition: 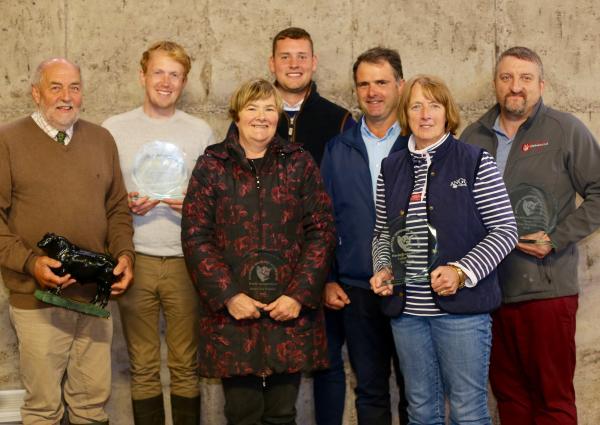 Shown below is image of 13 year old, Carraig Dubh Betty D207, a member of the winning Bonnie cow family: 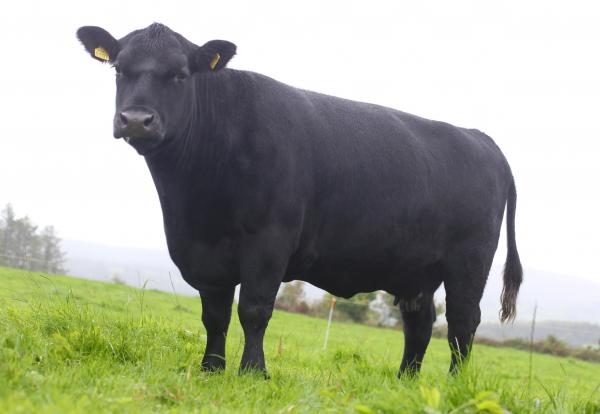