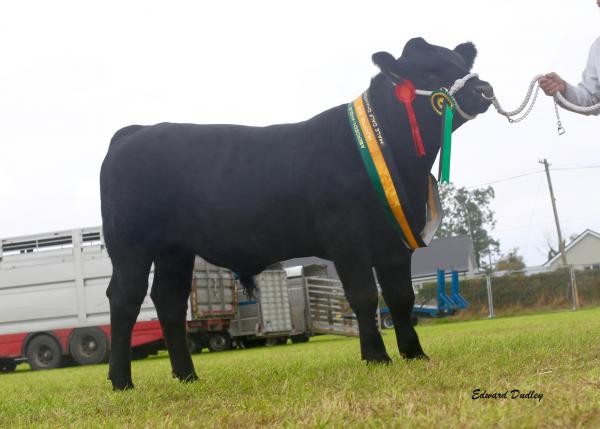 The 2018 Munster Junior Bull of the Year title was awarded to Albert & Jennifer DeCogan, Killamuckey, Castlemartyr, Co. Cork with their October 2017 born bull calf, Mogeely Jerry T544. This one was a 1st prize-winner at the National Livestock Show in Tullamore earlier in the month and is bred from Scottish parents in the form of sire Wedderlie Oscalade R250 and dam Duncanziemere Jody M001. It was the second time in as many years that the Mogeely Aberdeen-Angus herd had won the Munster Junior Bull title, following on from last year’s champion calf, Mogeely Black Catch S475. 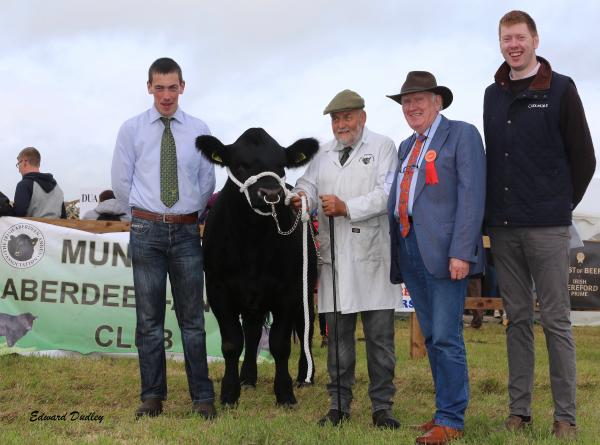 The Reserve Munster Junior Bull of the Year was awarded to Eustace & Deirdre Burke, Ballyginnane, Carrigaline, Co. Cork with Clontead Prime Time T250. Despite only attending two of the qualifying shows for this year’s contest, this young bull secured enough points to walk away with the reserve bull calf title. This one is sired by Weeton Dimaond Mine P444 and is out of Clontead Prelude N156 who is out of an imported Scottish cow from the Wedderlie Aberdeen-Angus herd.

The Mogeely Aberdeen-Angus herd of Albert & Jennifer DeCogan also collected the 2018 Munster Junior Female of the Year, which marked the first time in the competition’s fledgling history that the same herd has won both of the two calf finals. The champion heifer, Mogeely Diana T540 was born in September 2017 and is sired by Wedderlie Oscalade R250 and is out of a Rosemead Karona J957 cow. A prize-winner at the National Livestock Show in Tullamore, this one took top marks at all five of the qualifying shows for the Munster calf finals and won the competition with the maximum score possible. 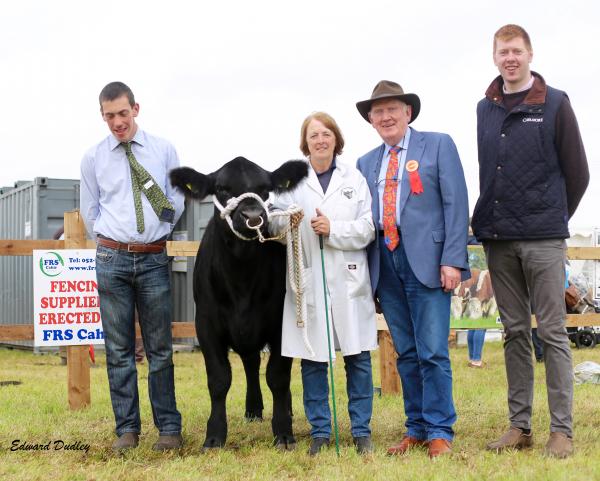 Albert & Jennifer DeCogan also took the Reserve Munster Junior Female of the Year title with Mogeely Blackbird T542. The Blackbird cow line is one of the more recently established cow families at Mogeely with this calf’s dam, Knockadrinan Blackbird P599 having been purchased privately as a youngster back in the Autumn of 2015. This calf was a prize-winner at both the National Livestock Show, Tullamore & the All-Ireland Aberdeen-Angus Championships in Mohill, with her dam, the aforementioned Knockadrinan Blackbird P599, also winning rosettes on both shows too.

Rounding out the main prizes in the junior female section were Eustace & Deirdre Burke who took third prize with their young calf, Clontead Lady Jane U263. This four month old calf was the youngest calf participating in this year’s competition and was coming off a 2nd prize placement at last week’s All-Ireland Aberdeen-Angus Championships in Mohill, where she narrowly lost out to a bull calf of the same age in a mixed-sex junior calf class.

As well as the hotly contested Munster calf championships, a competitive offering of senior stock were also on show at Dualla; and it was from the senior section that judge Mr. Michael Smith from Cootehill, Co. Cavan found his overall breed champion. The champion bull, Cheeklaw Jake Eric R535 was exhibited by Albert & Jennifer DeCogan, Killamuckey, Castlemartyr, Co. Cork and ensured that the Mogeely Aberdeen-Angus herd secured all three of the day’s top prizes. This senior bull has compiled an impressive list of show wins this season and went on to be crowned the reserve inter-breed beef champion of the show later in the day too. 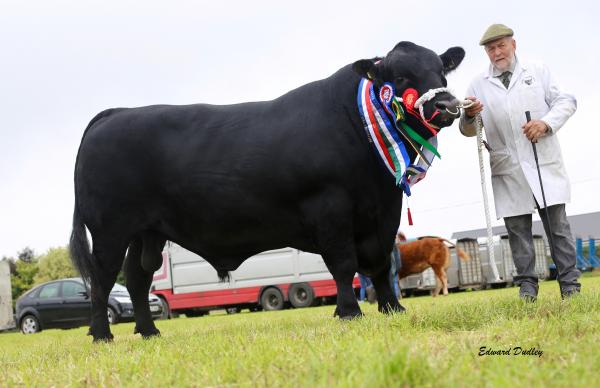 The Munster Aberdeen-Angus Club would like to sincerely thank Barrett Agri and Southern Fuel & Farm Supplies Ltd for their incredibly generous sponsorship of this year’s calf finals and their support throughout the summer. Finally, the club extends its warmest congratulations to all of the winners of this year’s calf competitions and wishes to thank all of the breeders who exhibited cattle at the various qualifying shows and made such an effort to turn out their stock to such an incredibly high standard. 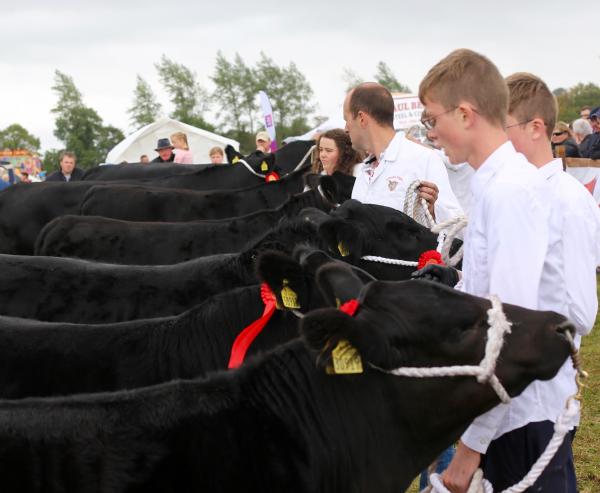