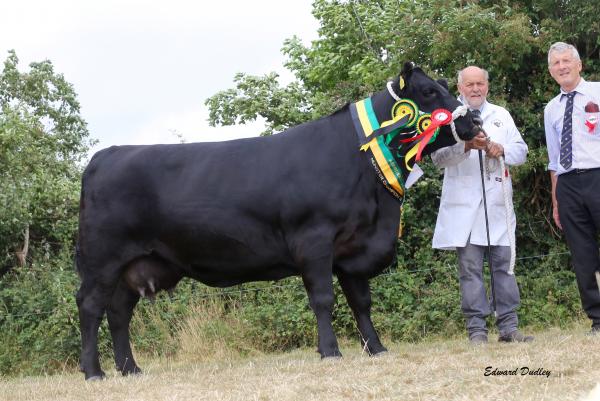 The Mogeely Aberdeen-Angus herd of Albert & Jennifer DeCogan, Killamuckey, Castlemartyr, Co. Cork swept the board at the 2018 Munster Provincial Trophy finals that were staged at Dungarvan Agricultural Show yesterday. The annual trophy, which is presented by the Irish Aberdeen-Angus Association to the best pedigree Aberdeen-Angus in the province has been won by the DeCogans for the last seven years consecutively. Their winning streak is probably one of the longest in the trophy’s illustrious history and their latest provincial trophy title holder came in the form of their senior cow, Knockadrinan Blackbird P599. This October 2014 born cow is sired by the AI bull, Nightingale Dunbar K551 and is out of Fullam Blackbird C123. This one was also the inter-breed beef female champion at Carbery Summer Show last week and was shown with an Autumn born heifer calf at foot.

The Mogeely Aberdeen-Angus herd also added the reserve breed championship to their ever-growing collection of major show wins, with their stock bull, Cheeklaw Jake Eric R535 standing as reserve champion on the day. This one is sired by Cardona Proud Punch L752 and is one of several sires in use at Mogeely. 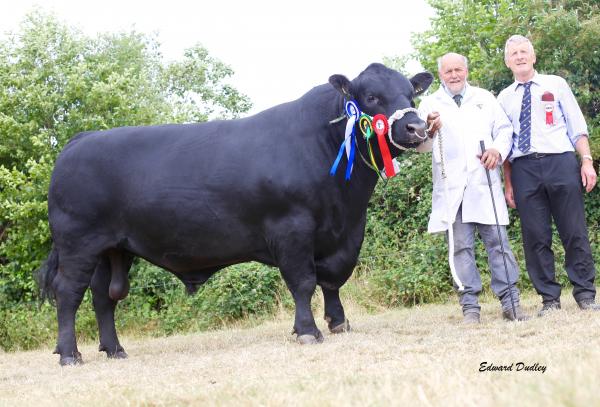 Mr. Louis Byrne of the Tomriland Aberdeen-Angus herd in Co Wicklow acted as master judge for this year’s show and was fulsome in his praise for the Munster Aberdeen-Angus Club on the incredibly high standard of cattle presented for judging.