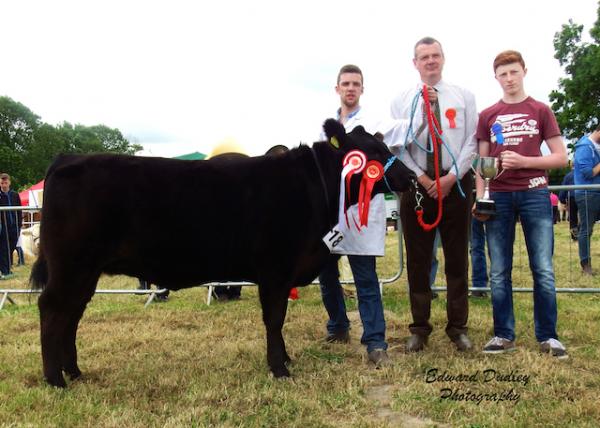 At Charleville Show on Saturday under judge Ben Ryall, Co Cork, the male championship honours went to Wedderlie Black Box J935 from Albert DeCogan, Castlemartyr, Co. Cork. Black Box J935 is by Abberton Mr Bionic G441 and has made a cracking start to the show season, having previously stood male champion at several of the Munster shows held this summer.

The overall female championship went to Luddenmore Ellen Erica P225 from the herd of Dr Michael and Martin Sheahan, Cappawhite, Co. Tipperay. This one is by the AI sire Friarstown Ideal Pete K202.

It was a double triumph for the Luddenmore herd in the female section as Luddenmore Ellen Erica K094 clinched the reserve championship spot. This four-year old cow also won the cow class on the day and is sired by Rawburn Rommel E423.