Memorial to be unveiled in honour of Hugh Watson 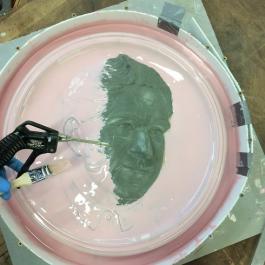 Hugh Watson is recognised as the first great founder of what became the Aberdeen-Angus breed, having been instrumental in selecting the highest quality black, polled animals for his herd. In the honour of Mr Watson, a memorial is set to be unveiled at Glamis Castle, the home of the late Queen Mother’s grandfather, on Saturday 1st July 2017 as part of the World Angus Forum schedule.

Hugh Watson became the tenant of Keillor Farm in 1808, and was known to gather stock from far and wide, producing cattle of brilliant character and quality. Some notable animals in Hugh’s herd included Old Jock, who was sired by Grey-Breasted Jock then born in 1842. Upon the founding of the Scottish Herd Book, old Jock was allocated the number 1 making it the first animal to feature in the book. Another was Old Granny, born in 1824 and believed to have lived to an impressive 35 years old, giving birth to a total of 29 calves. The significance of Mr Watson’s influence on this great breed can be found in the fact that the pedigrees of the majority of Aberdeen-Angus cattle which are alive today can be routed back to either Old Jock or Old Granny.

Roddy Mathieson is the sculptor responsible for creating the memorial and when discussing why he was so keen to be involved in the project, Roddy said:

‘’This project gave me an opportunity to develop my craft, as I undertake the whole process from researching the theme to producing the portraiture, casting the plaques and installing them. On top of all that, the World Angus Forum is a global event that will take place in a prestigious setting, so to get the opportunity to create a permanent piece of work is one I’m very grateful to receive.’’

When discussing the project itself and what specifically he enjoyed about it, Roddy added:

‘’I’ve really enjoyed working with the Aberdeen-Angus Cattle Society, it’s been so interesting learning about what they do and the proud history behind them. I’ve been able to see the commitment and hard work that goes on behind the scenes to organise an event like the World Angus Forum, which is similar to my work in a way, it’s all in the preparation.’’

With no known photographs of Mr Watson, the project was always going to be a challenge, but that is something Roddy welcomed. When discussing the challenge, Roddy said:

‘’The Society were able to provide me with a good sketch of Mr Watson, so I was able to model a nice portrait from that. The main challenge was to give the portrait some life and presence, and I think I’ve done him justice with the end product. In a setting like Glamis Cattle, I’m sure it’ll be a fitting and pleasing memorial for visitors who can really appreciate the life and works of Mr Watson. I’d like to think that the memorial will become a part of the Glamis Castle make-up, as much as Mr Watson is a part of the history of the Aberdeen-Angus Cattle Society.’’

As a founding member of the breed, we are sure that the unveiling of Mr Watson’s memorial will be met with great enthusiasm by all who attend, including our oversees friends who are joining the World Forum in the Summer.