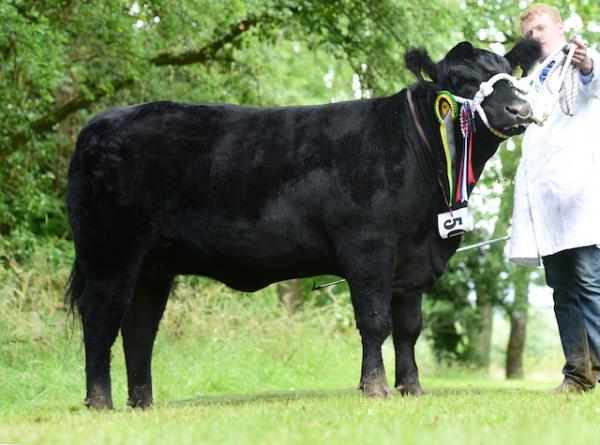 Standing top of the line at Clogher Valley Show under judge and Society President David Evans was the January 2012-born Luddenmore Fort Worth M190 from James Porter and Dr Michael and Martin Sheahan. Fort Worth is by Luddenmore Eclipse J067 and out of Luddenmore Fleur H001, a The Moss Mr Eshton D409 daughter.

Reserve to him was the March-born yearling heifer Birches Lipstick P435 from the Matchett family. This one is a daughter of the imported Irish stock sire Bunchy Philip and is out of the Lissard Mark daughter Drumcrow Lima G266.

Then in calf championship, the Matchett’s had success with Birches Lord Heath R692 with reserve going to Alan and Naomi Morrison with Drummeer Blackbird.