The Aberdeen-Angus Cattle Society drew in the crowds for its inaugural commercial open day, which was held at Geoff and Vivien Roddam’s Blackcarts Farm, Hexham.

The 800-acre tenanted farm is home to 200 Simmental x Luing cows with up to 300 followers running alongside, which are all calved to Aberdeen-Angus bulls. 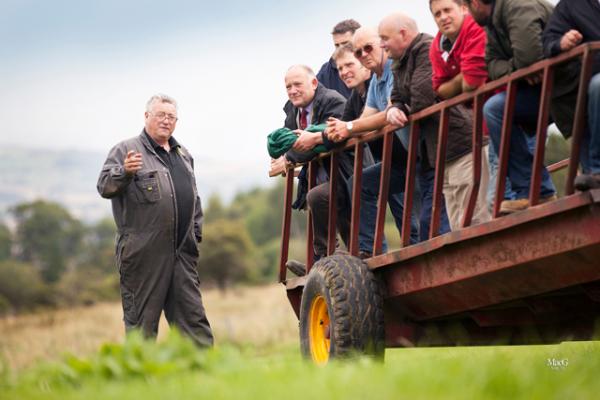 The emphasis for the day was very much all about running a simple system and utilising what the farm can grow to maximise margins. Cows are kept out to grass as late as possible and calving has been changed to suit this practice. “Of the 140 spring calving cows, only three had to be helped. The Aberdeen-Angus has proved to be incredibly easy calving for us, they’re born small with little or no intervention and heifers are easily calved at two years of age. 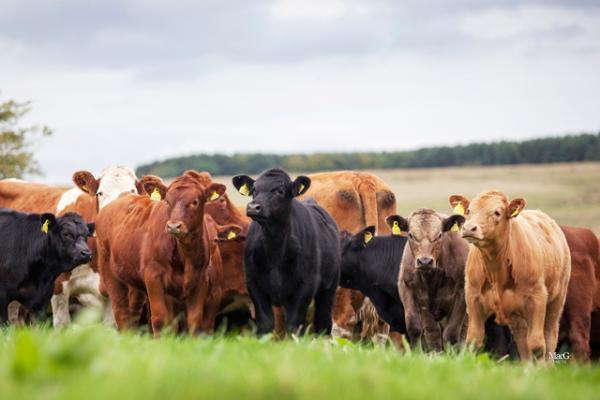 “The premium for selling Angus as live or deadweight through Hexham or to Scot Beef has also proved significant,” Mr Roddam told visitors.

The herd is in the process of changing to spring calving with calves being weaned at six months old in October with no creep feed just silage and pot ale syrup through the mixer wagon. Cows are then buffer fed hay and straw. At housing cows move on to either slats, cubicles or straw bedding and are fed hay and minerals on a maintenance diet. 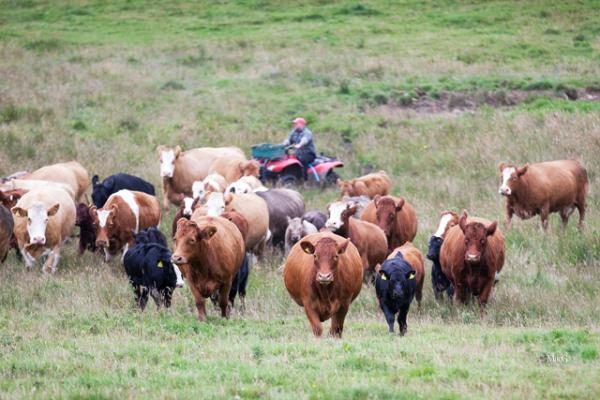 “Cows are then out to grass as early in March as possible with the yearling stock out in April and two year old cattle stock sold as they are ready,” explained Mr Roddam.

“Heifers and steers do well on silage and minerals only or off grass with a good clover mix in the summer and we’re aiming at 330-400kg deadweight,” he added. 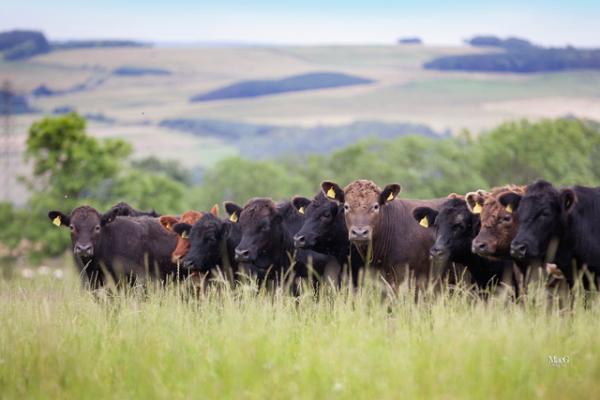 Equally he told visitors the cow type is of a significant value when it comes to cull cow trade. “Our cows average 11-12 years and the last run of cull cows averaged £980.”

Stock bulls have predominantly been purchased from Middlesbrough-based David and Penny Evans’ Tree Bridge herd. “I’m looking for long, clean, mobile bulls with easy calving characteristics and these have certainly fitted the bill,” he explained. 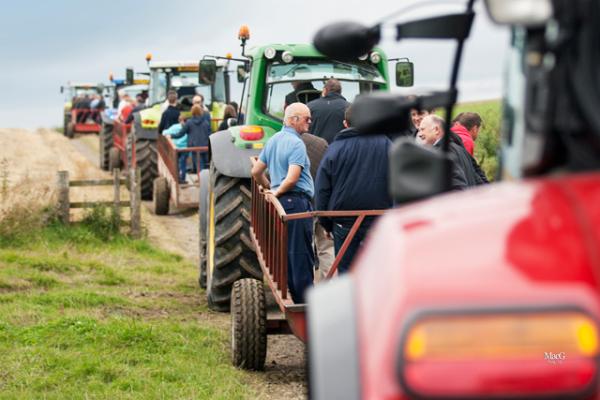