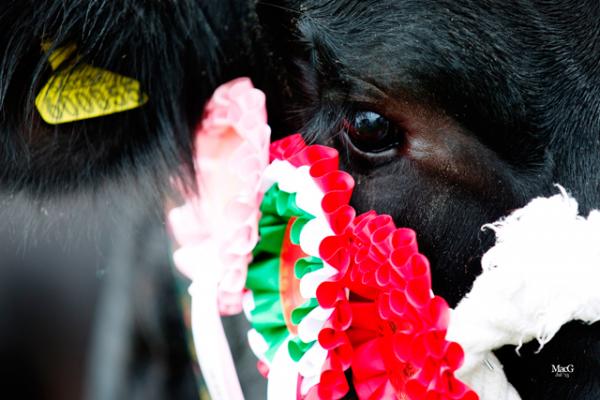 Disappointingly so, numbers of Aberdeen-Angus cattle were low on the ground today at the Royal Welsh Show, but all credit to those who made the journey in, particularly the champion and reserve who had travelled down from the Scottish Borders to support the classes. 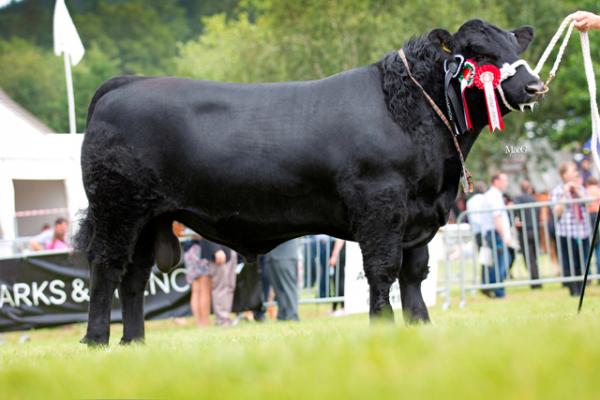 Leading the way under judge Angus Baillie was Ian Campbell at the halter of Linton Gilbertines Bold Ruler P855 from the Gordon Brooke Trust, managed by John Elliot. Born April 2014, this one is by the £40,000 Rawburn Black Hawk L261 and is out of Linton Gilbertines Brittany K434. He will be forward for sale Stirling in October. 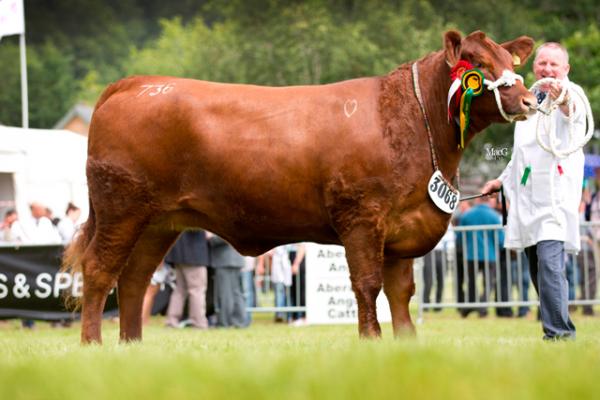 Reserve was John Elliot’s own heifer, the April-born two year old heifer Elliot Red Tyra N736. By Rawburn Edge J983, she’s out of a home bred female who is a daughter of a Canadian-bred embryo. She was shown in calf to Bakkens Red Advantage and due to calve in April.