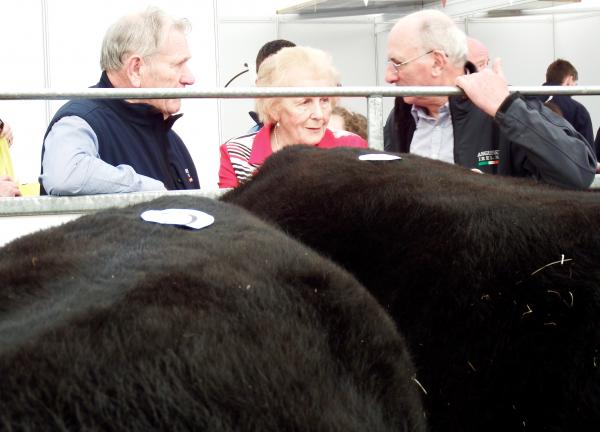 Judging will take place at 10.30am with two young handler classes and ten individual calf classes as well as two overall calf championships and total prize-money in excess of €4000 up for grabs on the day. For the first time in its history, calves from Northern Ireland have been confirmed to attend, making it the only calf show in the country to attract entries from both sides of the border. As well as the first-time Northern Irish exhibits, several of the regular winners from the Irish summer show circuit will be in attendance and it promises to be a spectacular showcase of the very best Aberdeen-Angus youngstock in the entire country.

Image: Anna May McHugh, Managing Director of the National Ploughing Championships viewing some of the pedigree cattle on show at the Irish Aberdeen-Angus Association stand with Eamonn Tubman & Cathal Duignan, representatives of Angus Beef Ireland.

Entries for the calf show are being taken up to Friday, September 29th, please contact the Irish Aberdeen-Angus Association office on 071 9632099 immediately if you wish to enter.