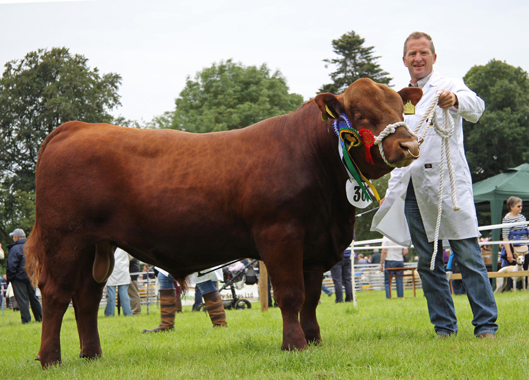 Leading the Aberdeen-Angus offering at Antrim Show under judge John Blackburn of the Killaney herd was the Matchett family of Gail, Nigel, Sam and Sarah with their 2007-born cow Carrigroe D Lady Jane. By Loughlunn Ace, this one is out of the Cashelane Bowie daughter Carrigroe Lady Julie C399 and was shown with her Rosscarbery Lord Harvey N934 heifer calf at foot, Birches Lady Jane S017.

No stranger to winning form, Lady Jane has won countless breed championships, but hasn’t been shown for the last three years.

Taking the reserve was Hylda Mills with the reserve champion from Newry Show, Dartry Red George R311. Born April 2015, this one is by Foxcover King Jasper and is out of a home bred Logie Lustre F473 daughter.

Aberdeen-Angus also featured well in the interbreed line up with the Parke family of the Coolermoney herd clinching the native interbreed pairs title under John Elliot. 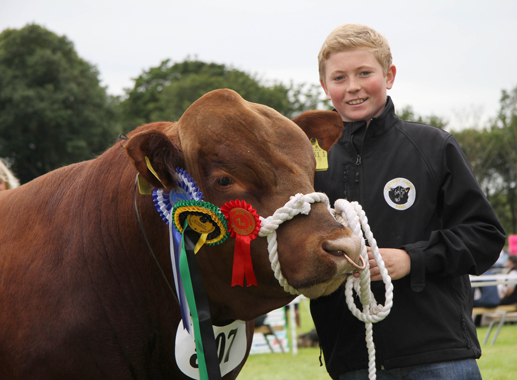