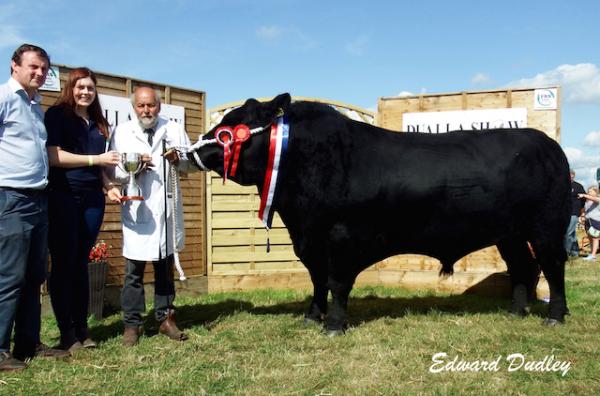 Denis Twoney, Farran, Causeway, Tralee, Co Kerry, claimed the overall Aberdeen-Angus breed championship at the Cappamore Show under judge Anthony Dockery, Elphin, Co. Roscommon, with the home bred senior cow, Tubridmore Rosebud M480 (pictured above). This one was born in September 2012 and is by Netherallan Peter Pershore E052 and is a daughter of Luddenmore Rosa Erica J042, who has won many championships on the Irish show circuit in recent years.

Meanwhile, Albert and Jennifer DeCogan, Killamuckey, Castlemartyr, Co. Cork, secured the championship at Dualla Show under judge Tom Murphy, Carlow, with their senior stock bull Wedderlie Blackbox J935. This bull is coming off an incredible winning streak in recent weeks, which has included the supreme championship at the National Livestock Show, Tullamore, earlier this month.

The DeCogan duo also secured the reserve championship with the home-bred senior heifer, Mogeely Miylo P291. This one was born in January 2014 and is the reigning 2016 Munster Provincial Trophy winner.