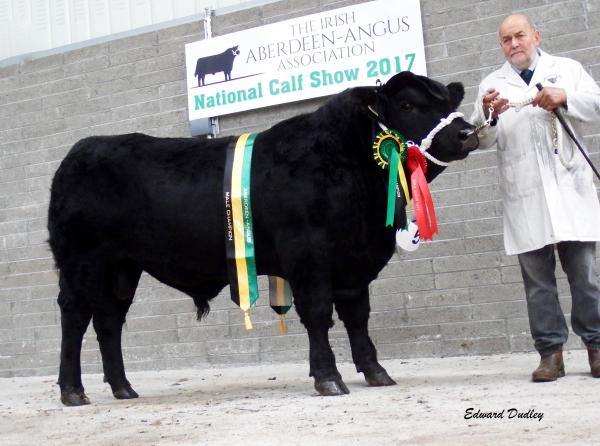 The Mogeely and Drumbeera Aberdeen-Angus herds took the top prizes in the male and female sections at the National Aberdeen-Angus Calf Show, held for the first time in the mart of Carrick-on-Shannon, Co. Leitrim. The new venue proved to be a mighty success with an improved crowd in attendance on previous years. In addition to the new venue, the 2017 show also marked the first time that calves from Northern Ireland were in attendance, making it one of the only shows in the country to attract exhibits from both sides of the border. Judge for the day, Mr. Alwyn Armour of the noted Woodvale Aberdeen-Angus herd in Northern Ireland had a difficult job in making his selections in the show ring, with particularly high quality entries throughout both male and female sections.

The overall supreme male champion went to the senior bull calf, Mogeely Memo S467, exhibited by Albert & Jennifer DeCogan, Killamuckey, Castlemartyr, Co. Cork. This bull is the reigning All-Ireland Aberdeen-Angus junior champion and was also the reserve junior male champion at the National Livestock Show, Tullamore and the reserve Munster bull calf of the year. This one is sired by Wall Royal Leo L837 and is out of the famed show cow, Mogeely Miylo P291.

Tom Reynolds, Knockadrinan, Johnstons Bridge, Bornacoola, Co. Leitrim took the reserve male championship with the spring 2017 born bull calf, Knockadrinan Blackboy T644. One of the youngest bulls shown on the day, this calf is a son of the AI bull, Mogeely Joe H979 and is out of the well-known Blackbird cow family at Knockadrinan. 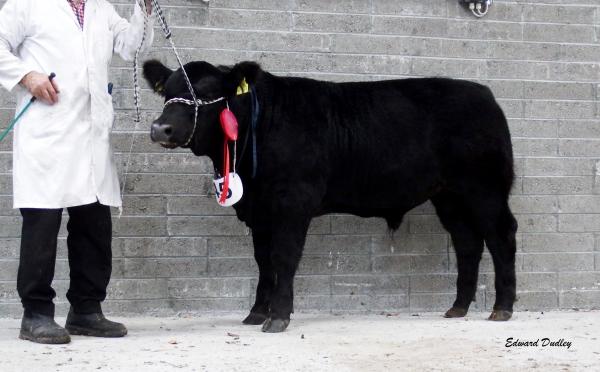 The Overall Supreme Female champion was awarded to Drumbeera Lady Thatcher T226, exhibited by Thomas Beirne, Drumbeera, Gorvagh, Carrick-On-Shannon, Co. Leitrim. This stylish young heifer was born in January 2017 and is sired by Bova Lord Blackwood H175. This one was also a 1st prizewinner at the 2017 All-Ireland Aberdeen-Angus finals and has won a multitude of prizes and championships at local level. 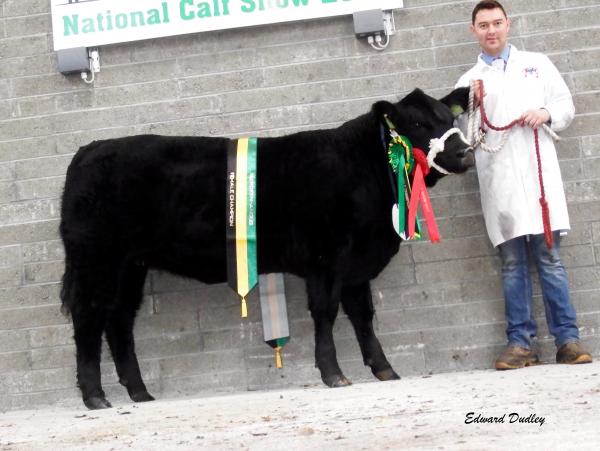 Eustace & Deirdre Burke, Ballyginnane, Carrigaline, Co. Cork claimed the reserve female championship with their senior heifer calf, Clontead J Patriot S218. This one is a daughter of the exciting new AI bull, Rawburn Boss Hogg N630 and had previously secured the first ever Munster heifer calf of the year title earlier in the summer. 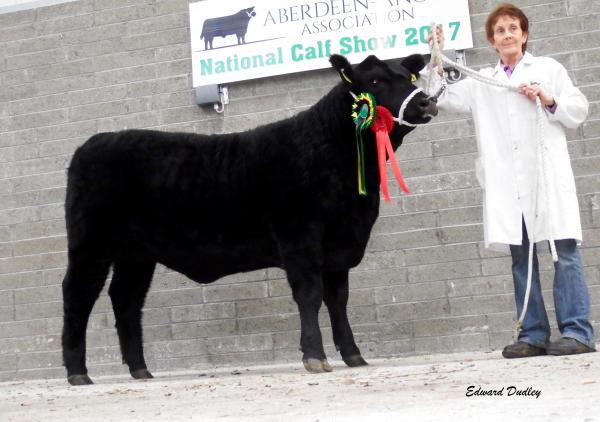 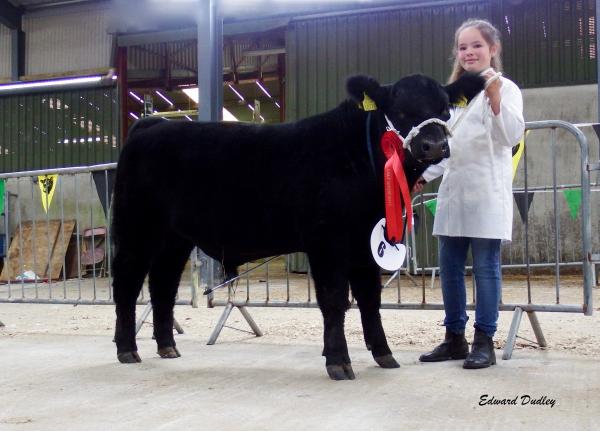 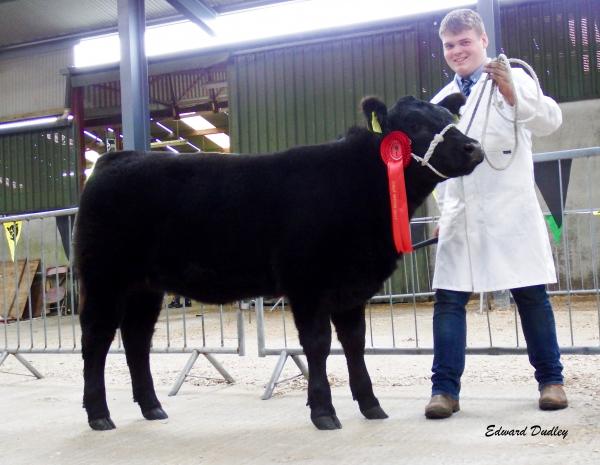 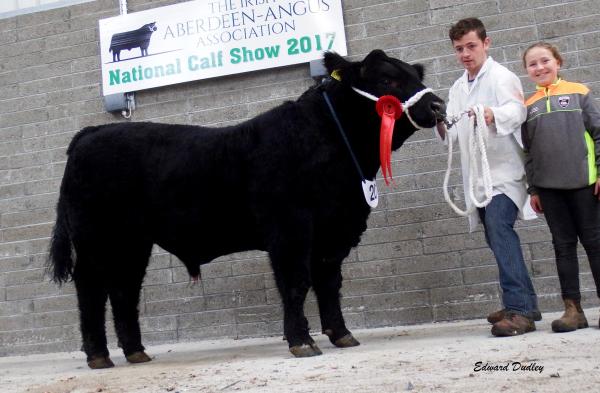 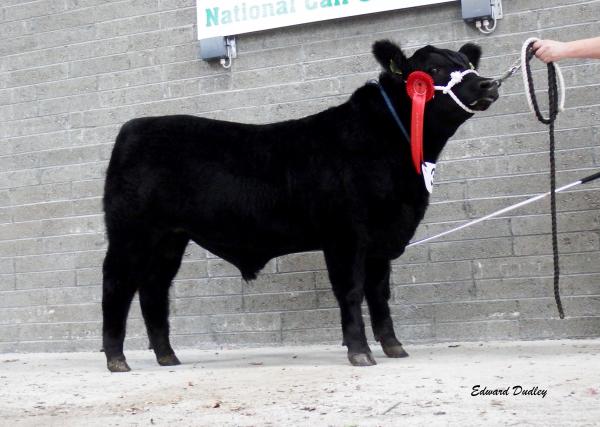 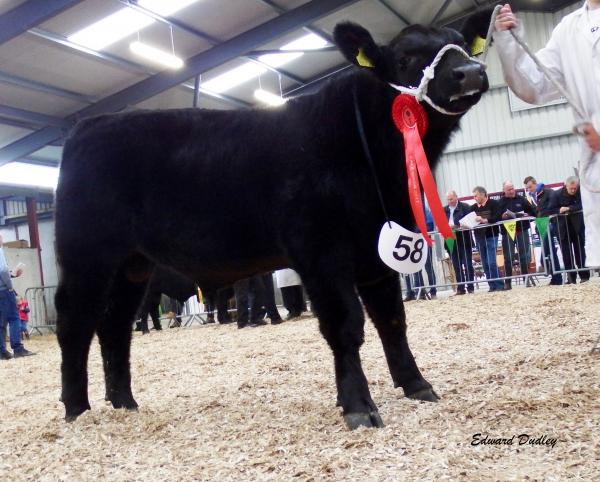 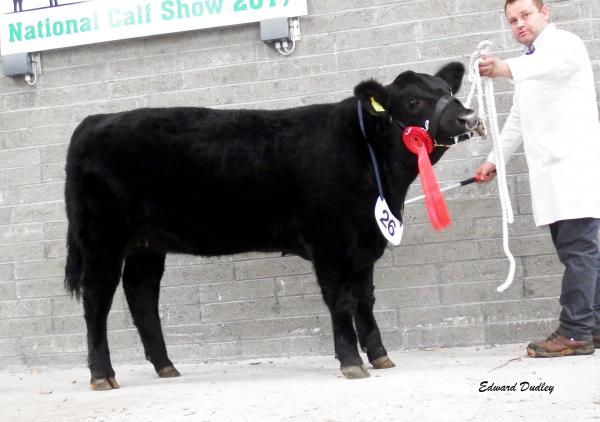 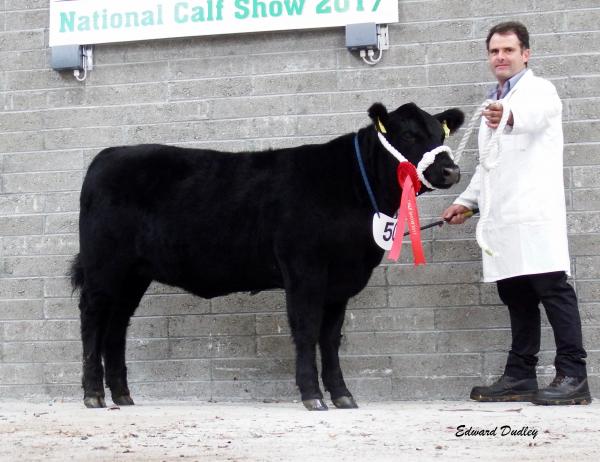 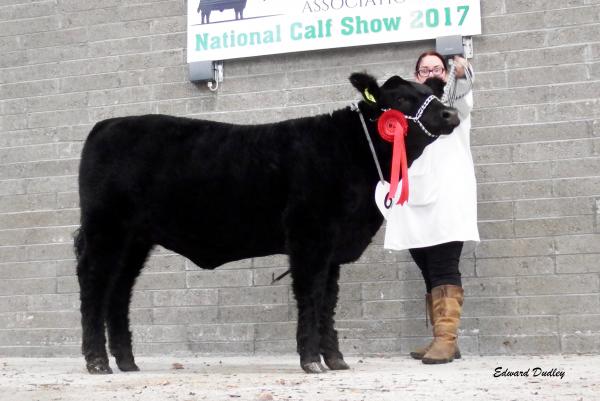 Line-up of calves at the National Aberdeen-Angus Calf Show 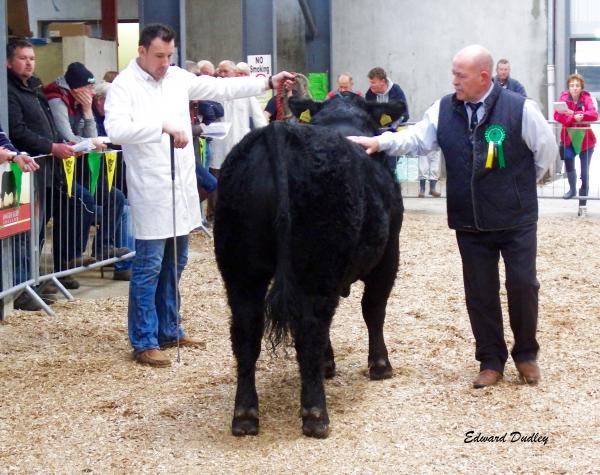 Judge Alwyn Armour inspecting one of the exhibits