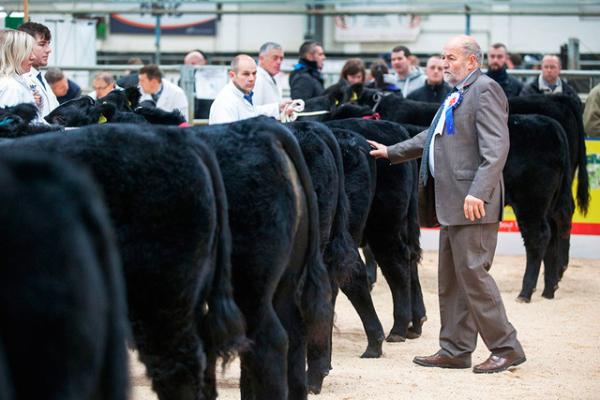 Today’s Winter National Show in Carlisle, held in conjunction with the Borderway Agri Expo, saw a strong show of cattle forward for judge Albert de Cogan of Co Cork, Ireland. Commenting on his judging task today he said: “The standard in my top lines today was of an exceptional standard and a great representation of the breed, both from a male and female point of view.”

Leading the way in the yearling section today clinching the yearling male, overall male and overall yearling championship was Hamish and Margaret Sclater, Turriff, Aberdeenshire, with Deveron Leggat P469. This April 2014-born Deveron Master Banbury L376 son is out of Deveron Lady L339, a former reserve champion at the Black Beauty Bonanza as a calf and of the same dam line family as the £14,000 Deveron Latimer.

Leggat himself has has a successful show career to date having picked up eight first places on eight appearances in the show ring, as well as reserve junior calf champion at the Stars of the Future Calf Show last November. He will next head to the Bonanza in Aberdeen before hopefully going to Stirling in February next year. 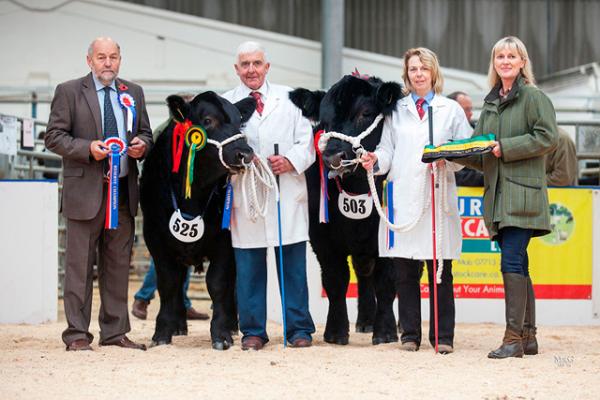 Commenting on this bull, Mr de Cogan said: “This bull has great scope for the future. He’s long, clean, with great locomotion and head. He’s full of breed character.” 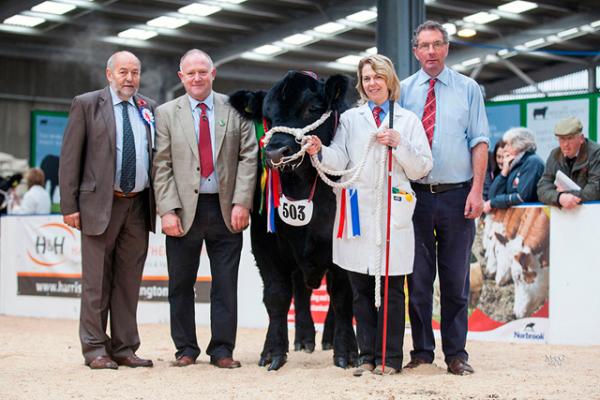 Securing the female championship was Owen Tunney, Cheshire, with his March 2013-born heifer, The Moss Krispy Girl N221. This Galawater Gaffer Geronimo J585 daughter is out of a The Moss Black Lord E570 daughter and was shown with her Liley Elder M073-sired heifer calf, Morpheus Kristy R025, at foot. Together this outfit have been champion at Newark at Notts in May. 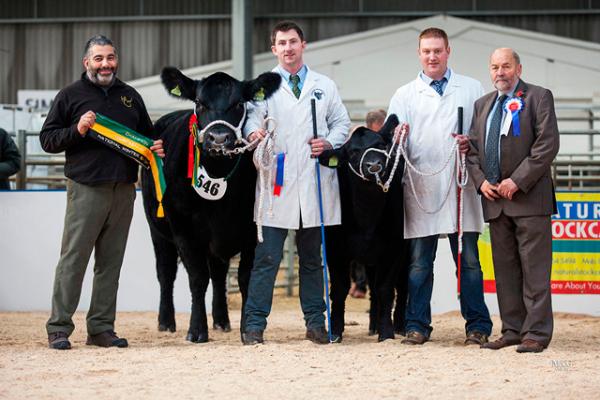 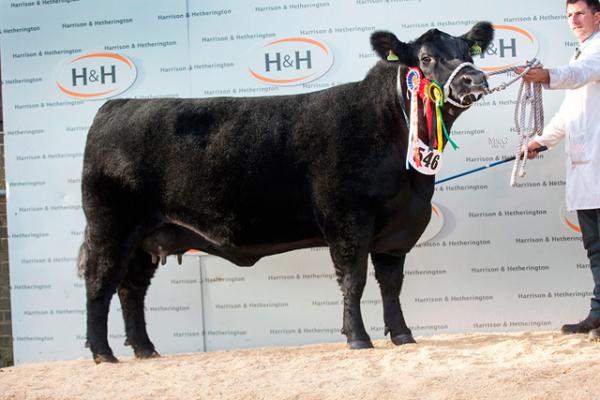 Adding his thoughts to his female champion, Mr de Cogan said: “This was a great outfit, balanced throughout and good on the move. For having calved at 24 months old, she’s looking after her calf very well indeed.” 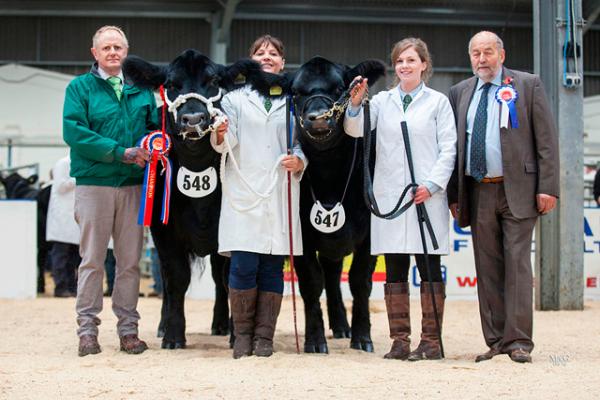 Clinching the female yearling championship and then reserve overall yearling and reserve overall female champion was Glenade Lady Heather P289 from Michael and John O’Hara, Middlesex. This January 2014-born heifer, shown by Tina Russell, is by Rawburn Elysium F547 and is out of Blelack Lady Heather J169. She was champion at Herts County and Surrey County Show in the summer and was shown in calf to either Blelack Eagle or Blelack Duke. 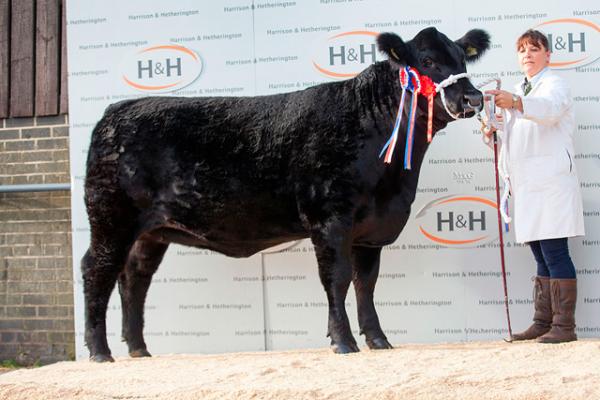 Taking the reserve yearling female championship was Gemma McCornick at the halter of her father Martin’s January 2014-born heifer McCornick Kerry P000. This Duncanziemere Edwin J311 daughter is out of Halbeath Kerry L450 and was a class winner at last year’s Winter National Show and was reserve junior female champion at Stars of the Future, last November. 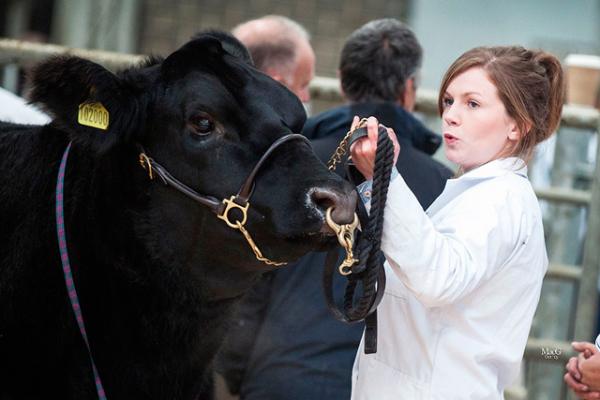 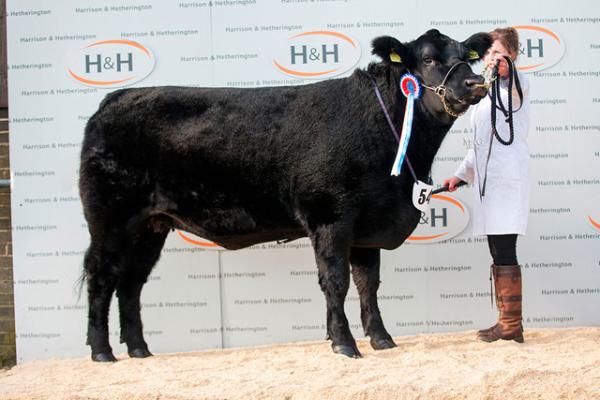 Meanwhile, reserve male yearling honours went to Society President David Evans and his wife Penny and their August 2014-born Tree Bridge Plymouth P513. This one is son of the senior herd sire Abberton Dazzle G160 and is out of Tree Bridge Polly Perkins J214. This one was a class winner at the Summer National Show at Kelso. 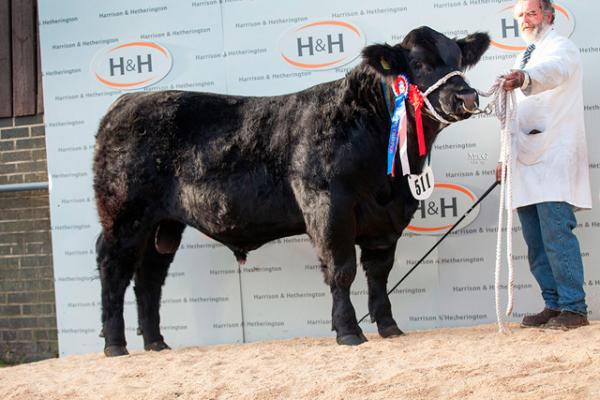 In the calf section, Bryan and Carol Ronan dominated proceedings, firstly by taking the bull calf and later the overall calf championship with Jerusalem Galileo R336. 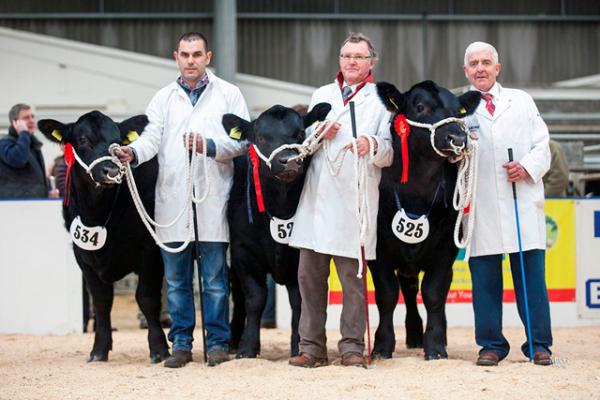 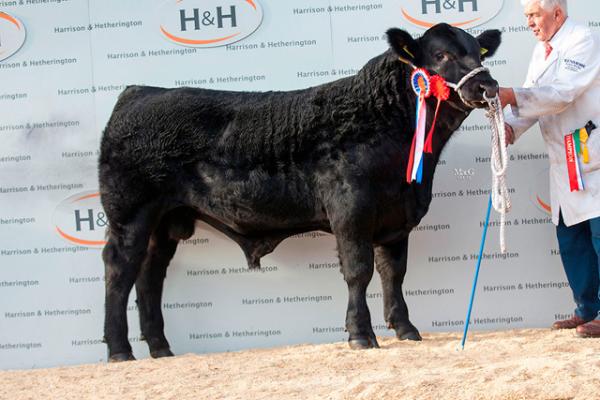 Taking the heifer calf and reserve overall calf championship was Cheshire-based Andrew Shuflebotham with Cheerbrook Erilla R063. This March 2015-born heifer is by Penguin Henry M503, the stock bull he shares with Bob Lane, and is out of Wall Erilla. 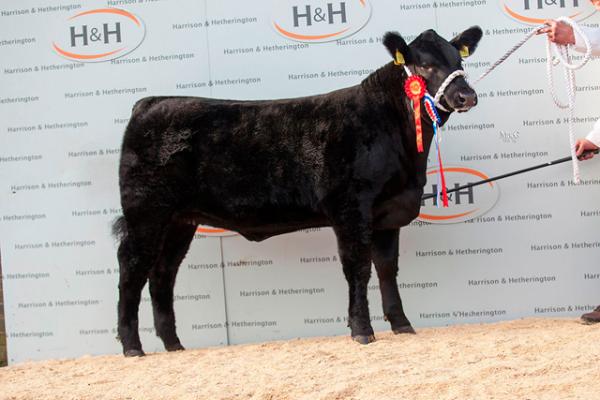 Then taking the reserve heifer calf championship was Colin Rodger with his January-born Liley Elder M073 daughter, Comlongon Jody R043. This one is out of Comlongon Jody M003. 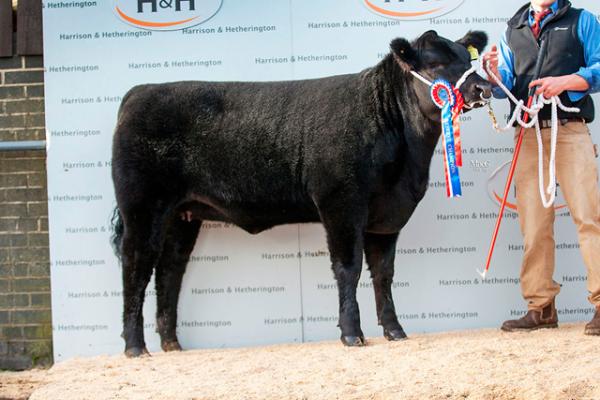 Winning the pairs class was Bryan Ronan, while in reserve was David Evans. 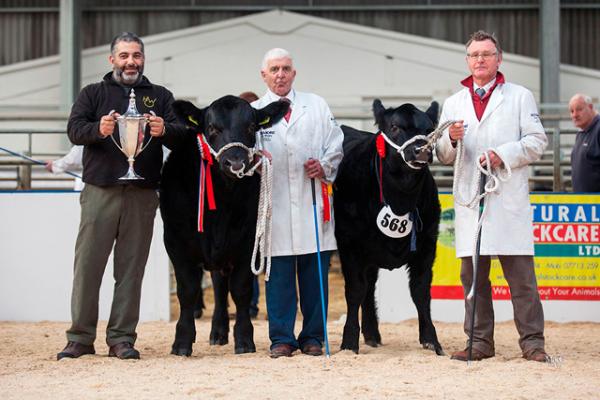