A competition on the social media site Facebook has seen the Irish-owned Aberdeen-Angus bull, Rosemead Karona take the silver medal position in the Angus Champion of the World category of www.championoftheworld.net. 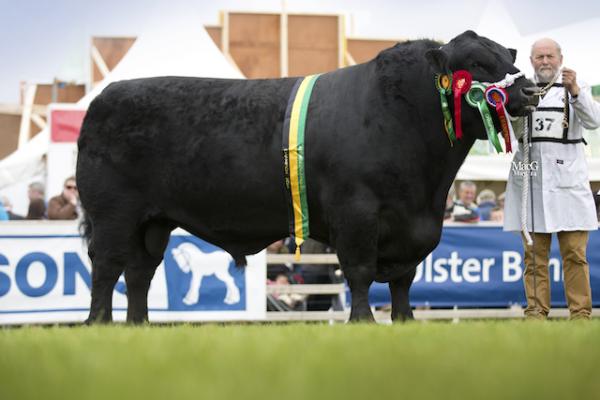 Karona, owned by Albert De Cogan of the Mogeely herd in Co Cork, has had a coveted show career to date having won the All Ireland Championships a record three times on the bounce, as well as a fistful of championship rosettes at regional level, as well as the breed championship at the Balmoral Show in May last year.

Purchased privately in 2011 from Angus Stovold, Godalming, Surrey, this bull came through as pick from the European section of the competition, beating off competition from the 2014 Royal Highland Show champion, Rawburn Jester Eric who took silver, with a German entry coming in to bronze position.

Each year the competition hosts an on line judging facility for cattle enthusiasts to vote on images of cattle that have done well at the major shows across the world throughout the year and then winners from their sections go through to compete on a world format.  Along with judges from the AA Breeders Facebook page, four independent judges from Brazil, New Zealand, Luxemburg and Mexico were also officiating.

Speaking after the competition, Albert De Cogan said: “We were honoured to have won the silver award in the World competition and win the European section with Karona and it’s the icing on the cake for what has been a fantastic run of show results for him.

“He’s breeding well and calves are now coming through from both our herd and others and will no doubt have great prospects for the future. Semen from Karona is also available from Dovea.”