Irish Aberdeen-Angus a huge hit at the National Ploughing Championships Massive crowds descended onto Screggan, Tullamore, Co. Offaly from all corners of the country, along with many international visitors for the three-day long National Ploughing Championships. The largest event of its kind in Europe, attendees were treated to an exceptional line-up of pedigree and commercial Aberdeen-Angus cattle, with the Drumcrow, Mogeely, Owenmore, Kerins, Tomriland, Shankill, Ashview, Laheens, Liss, Lisnafanna and Clontead pedigree herds all in attendance.

Image: Part of the large crowd viewing the pedigree Aberdeen-Angus cattle on display 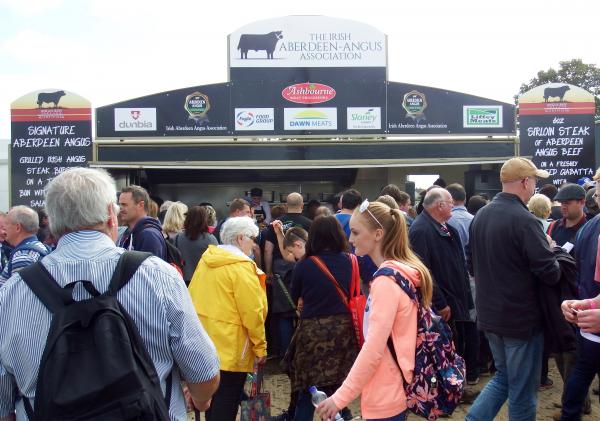 Image: The newly launched Irish Aberdeen-Angus mobile catering unit which proved to be incredibly popular with the public

One of the best renowned and reputable beef brands in the world, the newly launched mobile catering unit which served premium Irish Aberdeen-Angus beef steaks and burgers was particularly well-received by the public and drew enormous lines of customers each and every day.

Angus Beef Ireland, with the support of the Irish Aberdeen-Angus Association presented a cheque of €5000 to the charity, Cycle Against Suicide. This very worth cause aims to help families affected by suicide and the donation was made on the last day of the ploughing event, in the presence of Anna May McHugh, Managing Director of the National Ploughing Championships. 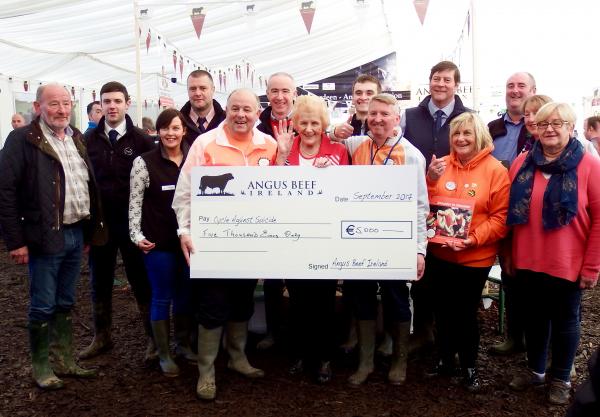 Image: Charity presentation on behalf of Angus Beef Ireland to the Cycle Against Suicide

Finally, the Irish Aberdeen-Angus Association would like to thank all of the exhibitors and helpers who put on a tremendous display of quality cattle and top-notch hospitality for this year’s Ploughing Championships. 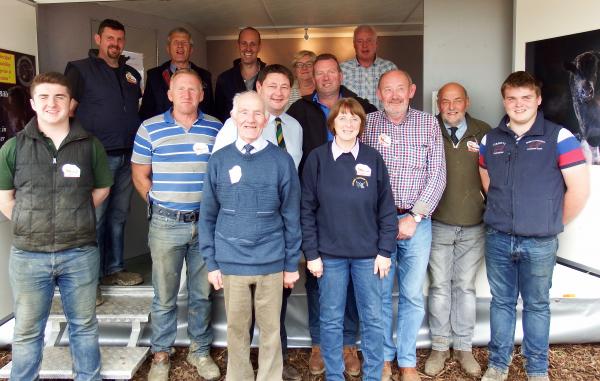 Image: The hard-working team of exhibitors and helpers after a busy and successful three days at the National Ploughing Championships. Included in the photo is Aberdeen-Angus Cattle Society President, Mr. Alex Sanger.