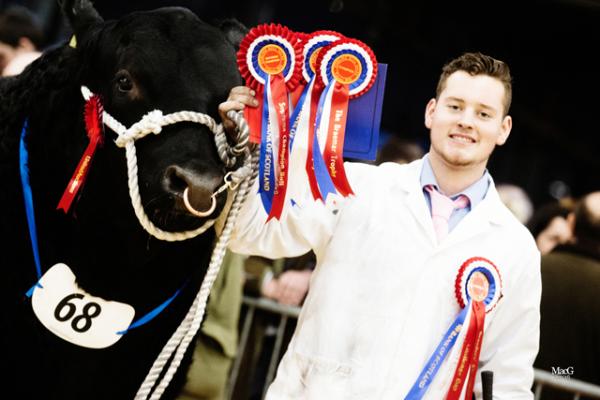 Following on from his intermediate and overall championship win yesterday, Tonley Evor P044 (lot 68) from the Wattie family has set the top price of today with a call of 24,000gns. Selling to Rae Grieve’s Carlhurlie herd, this one is by the stock sire Blelack Evor H929 and is out of a home bred Hurdcott Elixir daughter.

Coming in afterwards was the reserve intermediate and reserve overall champion Belhaven Quebec P098 (lot 105) from John and Teena Gilmour. By Billinge Magic Jack Eric M176, this one is out of a KMK Alliance daughter and sold for 8000gns to W A L Lawson, Alford, Aberdeenshire. 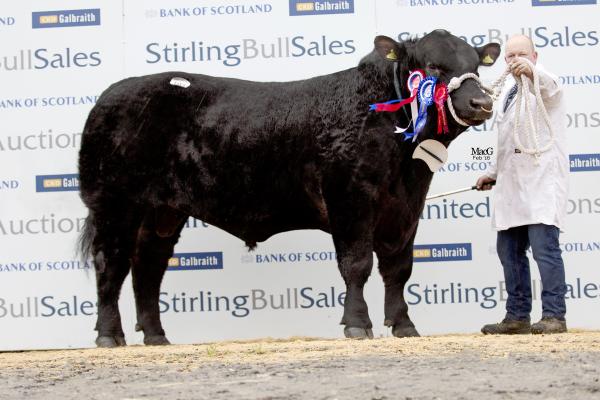 Back in catalogue order and selling for 7800gns was Eastfield Fly Half P645 from Ewan Brewis. This fourth place Halbeath Kansas L429 son is out of a Rawburn Rochester E424 daughter and heads to Tillyfour Farm Partnership, Inverurie, Aberdeenshire.

Straight after and selling for 5500gns was Hallington Lord Hanson P433 (lot 60) from Alan Lawson. This Hallington Jenson Eric L307 son is out of a Nightingale Ernie B133 daughter, Blelack Lady Heather G803. This one found a new home with D Swanson, Thurso, Caithness.

Then at 4800gns was another from the Gilmour family in the form of Belhaven Cordobes P095 (lot 64). This one is a Rawburn Elysium F547 and out of a BJ’s Enforcer daughter and was knocked down to Ewan Mackinnon, Isle of Tiree. 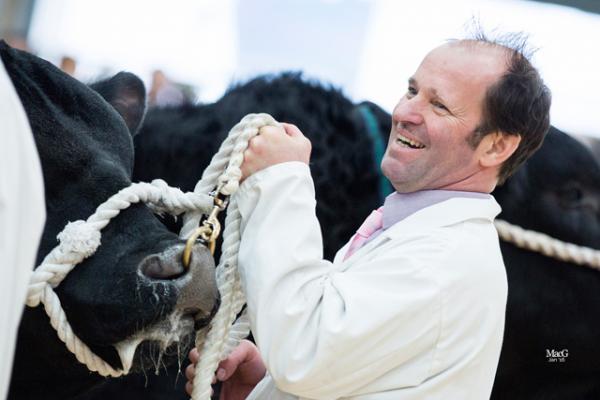 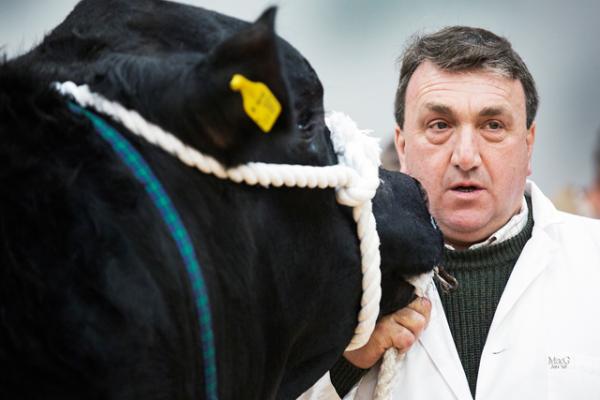 Next up from the Lascelles family was Balmachie Rumble P184 (lot 70). By Rawburn Black Hawk L261, he’s out of a Balmachie Keystone G041 daughter. and exchanged hands selling to The Duke of Fife, Newtonhill, Stonehaven. Then at 6500gns was the next from Neil and Mark Wattie in the form of Tonley Jose Ebanks Blake P050 (lot 71), another by Evor, which went to S and J Fisher, Langholm, Dumfries.

At 5000gns and selling to Longford Farms was the Clark family with Duncanziemere Eric P100 (lot 74), a son of the 2014 Royal Highland interbreed champion Rawburn Jester Eric J034. 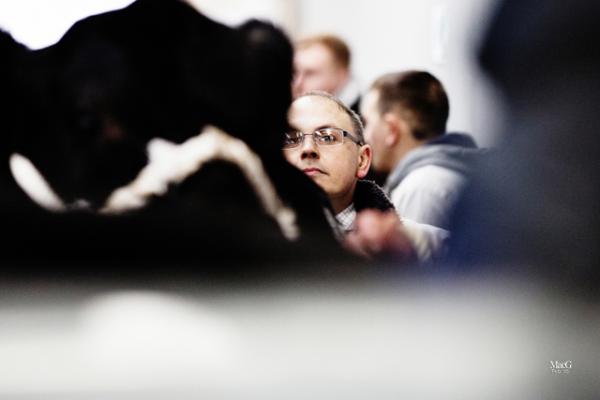 For the same money was Cardona Evolution P941 (lot 75) from Robbie Galloway. This is a S A V Solid Gold son and is out of a Wedderlie Evestar daughter and was one of a few bulls purchased by the Scottish Government Bull Stud, Inverness.

Then at 6000gns was the first place Duncanziemere Proud Impact P101 (lot 76). Again by Jester Eric, this one is out of an Auldhouseburn Karlos D218 daughter, which was knocked down to M McDaid, Luton, Bedfordshire. The first in from Alasdair Houston, Gretnahouse King P683 (lot 77) has gone at 4000gns for a son of Gretnahouse Blacksmith L500. This one heads to R Kingson and Son, Dumfries.