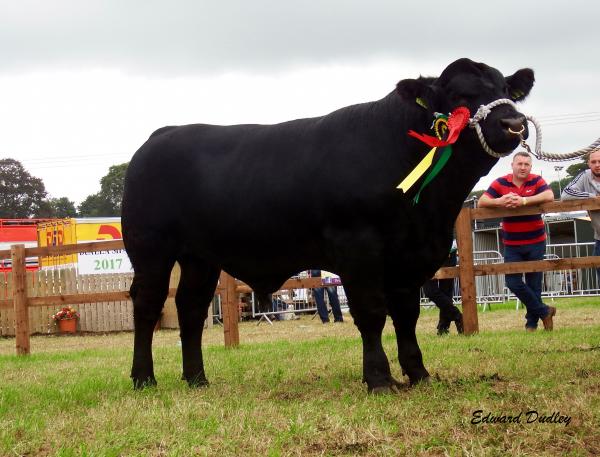 The brand new Munster bull and heifer calf of the year competition reached its finale at the Dualla Show over the weekend with champion and reserve titles being presented in both male and female calf sections. This competition was launched earlier this year by the Munster Aberdeen-Angus Club and is the only Aberdeen-Angus contest of its kind currently being run in the country. Points were accumulated at the following qualifying shows; Midleton, Cork, Carbery, Dungarvan and Dualla with the finals also taking place at Dualla. The competition attracted significant entries throughout the summer and the Munster Aberdeen-Angus Club would like to thank all of the exhibitors and finalists who supported the competition in such numbers.

The 2017 Munster Junior Bull of the Year was awarded to Albert & Jennifer DeCogan, Killamuckey, Castlemartyr, Co. Cork with Mogeely Black Catch S475 (pictured above.) This September 2016 born bull dominated the Munster show circuit this summer, claiming 1st prize wins at Midleton, Cork, Carbery and Dungarvan, amongst many others. This one is sired by the hugely successful AI bull, Mogeely Joe H979 and is out the Scottish bred Blelack Black Cap H936.

The Mogeely herd also claimed the reserve title in the junior bull category with another September 2016 born bull calf, Mogeely Memo S467. This one is the reigning All-Ireland Overall Junior Champion and also took a 1st prize win at the National Livestock Show, Tullamore just two weeks ago. His dam, Mogeely Miylo P291 was also a 1st prize winner at Dualla too.

The 2017 Munster Junior Female of the Year went to Eustace & Deirdre Burke, Ballyginnane, Carrigaline, Co. Cork with the heifer calf, Clontead Patriot S218. This stylish young heifer was born in September 2016 and is sired by Rawburn Boss Hogg N630. The female section was particularly strong throughout the summer, with twelve heifer calves lining out for the finals at Dualla alone. In addition to clinching the first ever Munster heifer calf championship title, this heifer also was part of the winning team that secured the Inter-Breed Beef Pair of the Show, alongside herdmate Clontead Pamela S214. 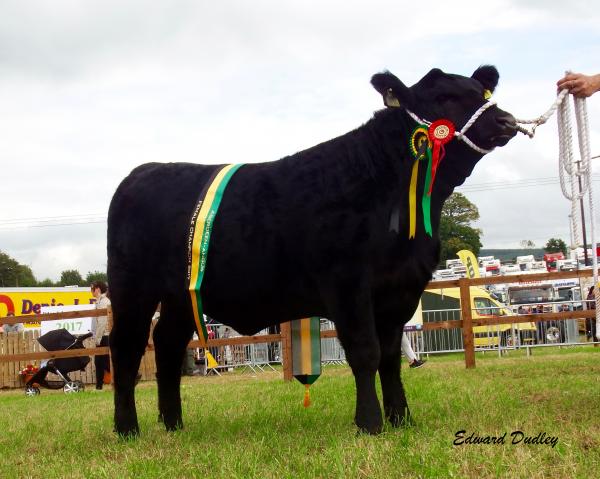 The reserve junior female title went to John & Kate Tait, Westwood, Rostellan, Midleton, Co. Cork with Westellen Flora S809. This young heifer calf won 1st prize at both Midleton and Dungarvan shows and was narrowly pipped to the post in a very fiercely contested female section. This one is sired by Cheeklaw Eirwn D165 and is out of Luddenmore Flora J030.

In addition to winning the junior heifer championships, the Clontead herd also claimed 3rd prize with Clontead Pamela S214. This one previously secured the reserve overall junior female championship at the National Livestock Show, Tullamore and is sired by Friarstown Ideal Pete K202.