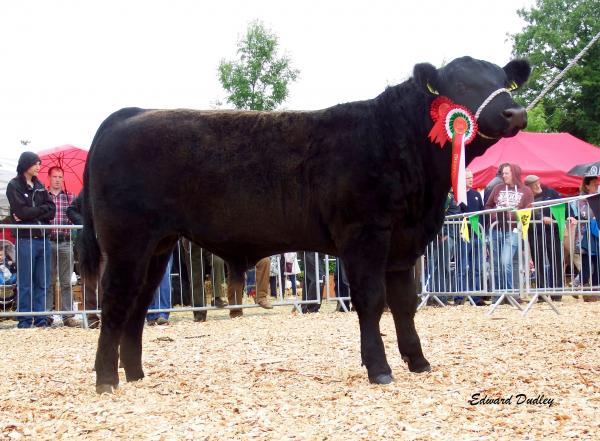 The annual Mohill agricultural show marked its 90th anniversary in some style with record Aberdeen-Angus entries throughout all sections, resulting in some 75 Aberdeen-Angus cattle catalogued for the show. The day’s massive entry was boosted in no small part by a brand new Aberdeen-Angus calf championship, which offered significant prizemoney.

The Overall Supreme Aberdeen-Angus championship was awarded to the two-year-old junior cow, Liss Myrlo R532 (pictured above) exhibited by John McEnroe & Family, Liss, Oldcastle, Co. Meath. This stylish young cow calved her 1st calf at 24 months of age and has gone on to secure 1st prize wins at both the 2017 All-Ireland Aberdeen-Angus championships at Newry and the 2017 National Livestock Show in Tullamore. This one is sired by Mogeely Lord Harrow M191 and was shown with a prize-winning heifer calf at foot.

Cathal & Cormac Duignan, Laheen House, Eslin, Mohill, Co. Leitrim took the reserve Aberdeen-Angus championship with the 2017 born bull calf, Laheens Presley. This quality bull calf emerged victorious from a fiercely contested junior section to take the calf championship of the show, before being tapped out as reserve supreme champion later in the judging.

The Irish Aberdeen-Angus Association and Mohill Show would like to thank the Aughakil, Aughnamona, Ballinwing, Broomstreet, Drumcarbin, Gorvagh, Laheens, Lawsons Ford, Liss, Moydrum and Steil Aberdeen-Angus herds for their generous sponsorship in the calf section and to all the exhibitors present on the day for braving the elements and turning out in such numbers despite the poor weather conditions. 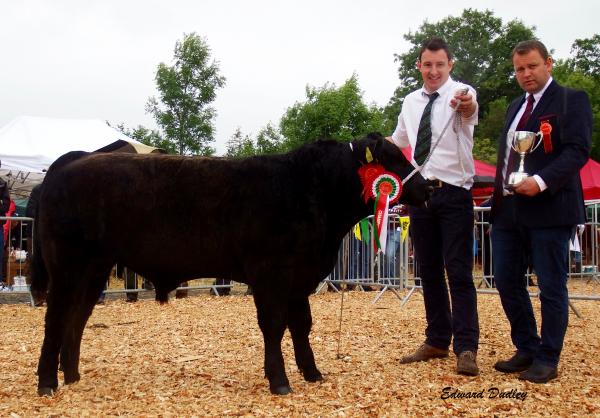