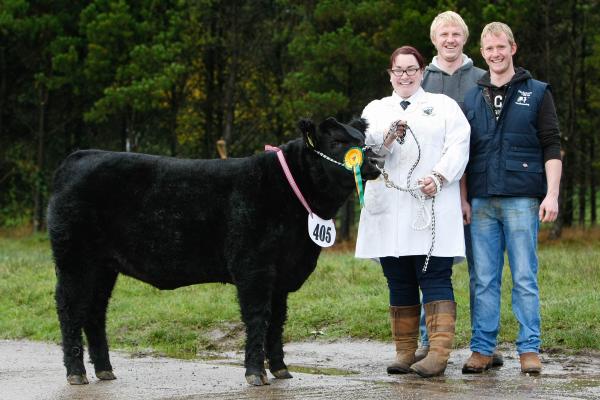 “I’ve thoroughly enjoyed the show. There were a few strong classes and the top calves in each class displayed great conformation and tremendous breed character,” said Mr McKiernan who runs the 25-cow Drumcarbin Herd based at Drumcrow, County Cavan.

Catching Mr McKiernan’s eye to secure the J B Lamb Memorial Cup for the supreme overall champion was the champion bull calf Knockoneill Explosion R766, bred by ten-year-old Joe Mallon, and his dad James, from Swatragh. The Mallons founded their herd in 2009 and currently run five pedigree females alongside a 35-cow commercial suckler enterprise.

The ten-month-old Knockoneill Explosion R766 is sired by Nightingale Proud Jake G405 and is out of the Young Dale Touch Down 36M daughter Friarstown Eston Anne J132 – purchased at Tullamore in 2010.

“The overall champion was a clear winner. He is well grown, has super conformation and oozes style and breed character,” said the judge.

Runner-up was the nine-month-old heifer calf champion Coolermoney Rhiannon R504 shown by the Parke family – Adrian, Graeme, Aaron and Gemma from Strabane. Sired by Luddenmore Fionn G441, she is bred from Coolermoney Raquel F756 – a dam which has produced numerous prize winning progeny, including Coolermoney Rolf L187 who sold privately to a pedigree herd.

Mr McKiernan added: “This heifer led a strong class with 11 entries.  She is stylish and correct, and is a fine example of the Aberdeen-Angus breed.”

NI Aberdeen-Angus Club secretary Freddie Davidson, Banbridge, claimed the reserve heifer calf championship with the April 2015 Ember Delia R074. She is sired by stock bull Birches Lord John M052 – reserve male and reserve junior champion at Balmoral Show in 2013 and is out of a homebred dam by Hallington Endeavour G136. 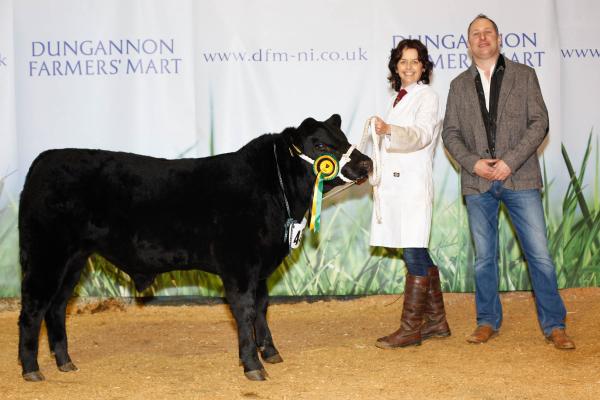 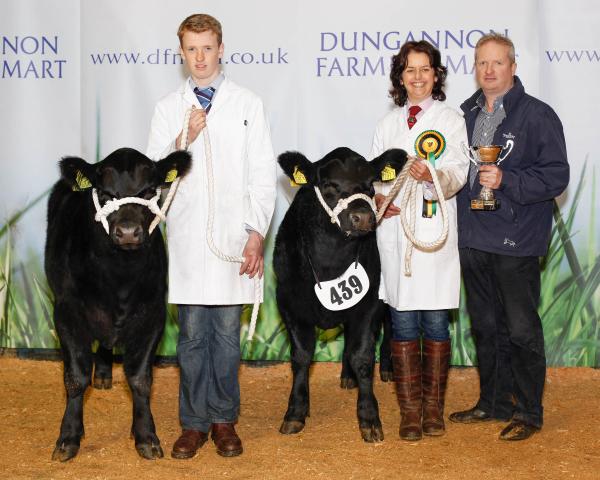 Securing the yearling heifer championship was the March 2014 Birches Lipstick P435 – a heifer with a string of accolades, including seven first prizes in the yearling heifer class at provincial shows and Ulster Champion in 2015. She was reserve heifer calf champion at last year’s calf show. 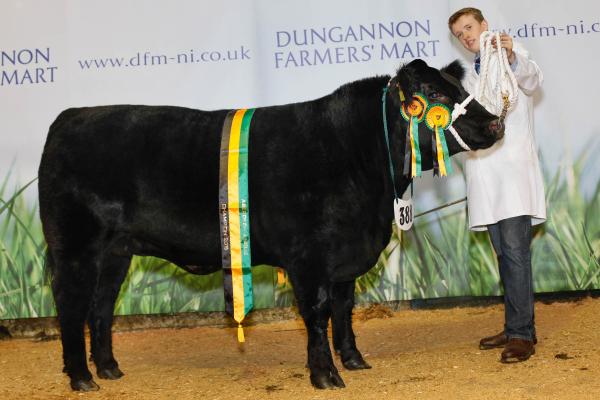 Alwyn and Carol Armour, and son Adam, Dromara, won the reserve yearling heifer championship with Woodvale Nelmerica P714. Born in May 2014 she is by the 4700gns Woodvale Lord Jaguar M445 and is out of a homebred dam by Woodvale Kool Papa K062. This heifer was breed champion at Ballymena Show and reserve interbreed champion at the Traditional Breeds Show in Gosford. Her paternal half-brother Woodvale Kool Jaguar P633 sold recently to AI Services (NI) Ltd.

Alan Cheney, Trillick, won the yearling bull championship with Lana Lord Harley P907. Born in May 2014, he is sired by stock bull Nightingale Playfair K527 and is bred from the Blackhaugh Easy Papa G726 daughter Lana Lady Happy K647, a former Ulster Champion, and dam of the 2013 calf champion and 2014 yearling heifer champion.

Runner-up for the yearling bull award was Drummeer Popeye P525 bred by Alan and Naomi Morrison, Maguiresbridge. Also born in May 2014, he is by Netherallan Peter Pershore E052 and is out of Drummeer Poppy L346 – reserve yearling champion at the calf show in 2009.